I believe the weapon upgrades (when you upgrade from the pistol to the dual pistols, uzi and sawed off) should be modified

But I mainly say this because of one reason alone:

Once you get the uzi, the sawed-off shotgun isn’t a viable option alone

I know that seems a bit silly, but when I used the sawed off, I could barely kill any zombies when using it, and the slow fire rate was making it a chore to fire, even at close range when the damage should be higher, it didn’t do much damage; where as with the Uzi, it was stupidly fast, did fair amounts of damage, and honestly felt like a machine gun, not to mention it kills the boss really, really quickly when you’re not attacking zombies.

So, I have a few ideas

Maybe i’m just terrible with the sawed-off, who knows, maybe someone can convince me that no, the sawed-off is actually great and the uzi is the bad one, but in my experience, it just feels better to go with the uzi, and maybe that’s just a personal preference, but i’ll never truly know until I post this

I agree, I never upgrade past the Uzi now because the shotgun doesn’t do as well.

I’d add another possible option: Make a weapon tree. So you start with pistol but you can choose a path like dual-wield pistols, single uzi or shotgun, then from those there’s like, duel uzis, duel shotguns, higher calibre pistols. I think it’d be more interesting since players could pick which route they want to take.

And maybe included in the tree could be some special class based weapons. examples;
Merc can unlock Dual Desert Eagles, can shoot through multiple zombies.
Electrician gets Tasers, regular damage but slows zombies.
Doctor gets needle guns, saps life and feeds to nearby allies.
etc.
Default weapons could do with spicing up for sure, and I think it would be cool if everyone had something slightly different.

However that sounds like they’d have to either increase the amount of days (because there’s only 5, excluding the boss round because you can’t spend your points after that), or increase the point (not units) payout because, unless you’re playing solo mode, you’re not getting many points (and even then, in solo your points are usually spread about because everything is usually pretty expensive)

I love the sound of a weapon tree system(although I’m unsure how they would implement this, upgrade store maybe?)
If they did add some sort of weapon tree system, I personally think it would be wise to have it branch off at third tier to keep it simple so you would start off with the handgun leading to the duel handguns and then your next two upgrades would depend on your personal weapon preference.

A few route examples could be…

Some example stats for these example weapons could be… 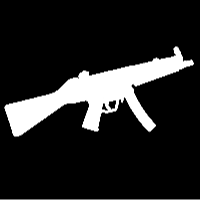 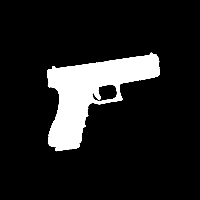 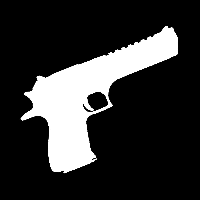 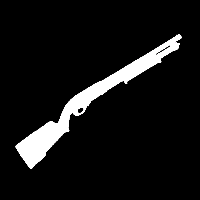 what are peoples thoughts on these ideas?

I thought it over and I figured it might actually be a smarter idea to branch off at the final weapon to keep things simple, I figured the final weapon is what people would care about most and it would also be less hard on the guys over at PixelTail

So instead of my previous idea, it would simply be…
Handgun -> Duel Handguns -> Uzi -> “Signature/Final Weapon”

They could keep the Sawed-Off as the default Final weapon, but there would be alternate options to change the final weapon for those who would prefer something that fits their style like an MP5
(some could even be merely cosmetic like a KSG instead of a Sawed-Off)

What are people’s thoughts on this idea?

I do like the weapon branching. I think we should explore that in some update soon. Making new weapons for ZM isn’t as difficult as it is for Virus.

I wanted to do unique weapons for each class. I was thinking if we ever did a campaign map, they’d have their own set of starter weapons. They’d have one ranged weapon and one melee weapon at one time.