So one of my favorite things in TU is grinding for milestone rewards, and I’ve noticed some of them are a little buggy or have small things that feel a bit odd, so I’ve decided to create this thread listing all the bugs and nitpicks I’ve found:

-Double Barrel shotgun can shoot three times if you left click three times and time it right
-Double Barrel Shotgun can run out of ammo in plaza/condo, it has around 26 shells
-Sonic shotgun can also run out of ammo in plaza/condo
(Seems all reloadable weapons run out of ammo)
-Fruit Launcher icon is the same as Firework Launcher, yet the fruit launcher has no actual launcher
-Never got the virus infection flame /Resolved/
-Turret shots green laser bullets, unlike the Zombie Massacre turret that shoots “normal” bullets, it’d be cool if we could choose between them and/or change the color (This is more of a nitpick)
-The ZM turret isn’t textured below, so if it’s scaled up you’ll see a transparent spot. (This is also a bit of a nitpick)
-Taking adrenaline while on adrenaline effect doesn’t lengthen the effect of adrenaline, you have to wait till the effect wears down to take it again, feels kinda odd.
-Adrenaline doesn’t work on condos, you simply cannot take it regardless of permissions
-The throwable keyboard is somewhat small and unnoticable for a keyboard, it’d look better if it was upscaled a bit (nitpick)
-It seems only the condo owner can see flames staying from the flamethrower (Like in the floor, walls, etc) I’m not entirely sure how it works though, I can only see the flamethrower flames staying ignited for a while in my own condo when I do it. You can’t see the flames staying in plaza either (Probably intended). If it’s intended it’d be cool if we could have an option to turn it on/off in condos. The only time you can see the flames staying ignited as of right now is as a condo owner.
-Helicopter Icon from Zombie Massacre looks more grayish blackish but the actual model is white and red
-Egon Canon looks kinda odd, but with some more detailing it could look more distinct (Nitpick)
-The full-sized ZM helicopter still makes sounds when it’s not flying and with no one in it.
-After using the speedboat and leaving, holding Q to open inventory or C to open options doesn’t seem to work.
-Speedboat is generally kinda buggy, putting it in the somewhat shallow water in the condo makes it go really slow, so you always have to put it waay away from the beach (In the default condo).
-Dolphin Potion: Dolphin potion is generally amazing and really well made. However, if you use the dolphin potion on your condo and press V to fly while pressing W or S you’ll continually go downwards (kinda bugged) and clip through the floor. noclip generally works oddly with the dolphin potion, as you can’t go down and sometimes the model bugs out and gets stuck in an S pose.
This could, perhaps, be fixed by disabling the dolphin swimming mechanics while on noclip and just having normal noclip.
-Golf Ball: Moving the camera with right-click stutters a lot and is really slow in plazas with a lot of people (Tried in NY with about 20 people). However with a good connection and a better server (San Francisco with 3 people) this seems to be working pretty smooth. (Just an observation)
-There are no underwater effects when going underwater with the golf ball, it looks kinda odd.
-SUGGESTION: Would be cool if golf balls had the little hats, trails, and ball types as the minigolf ones
-Using the zm turret while in an rc vehicle traps you until the turret is removed.
-Can’t use speedboat after leaving it

And that’s all, these are probably all minor bugs but I suppose they might still be useful to know, if anyone has experience with any other milestone item bug feel free to post below.

the reason the fruit launcher is weird is because it was originally going to be a gun like the fireworks launcher / snowball launcher, but they werent satisfied with the design yet.

i think the infection flame is just in a weird spot or just unfinished atm, have you looked in your particles?

Oh just found it, thank you!

UPDATE: Added not being able to take adrenaline in condos

99% sure flamethrower flames you make were supposed to be clientside and no one else would see them. It’s been a bug since it was released, only the condo owner sees them and they don’t appear at all in the plaza.

Are you gonna add the fact that the EGON cannon is literally just a futuristic barrel attached to a minigun base and the fact there is a glitchy hole in it, oh and what’s with the icon of the zm helicopter icon being a grey red-cross paintscheme instead of a coastguard one

Oh yes I forgot about the Helicopter. And yeah the Egon Canon does look kinda odd. I’ll add them!

Recently got the speedboat milestone from fishing, so I added a few observations and bugs

Update: I found some bugs with dolphin potion and pressing V, below is an image of how the bugged “S” pose looks that I described in my post, if it gets like that it doesn’t get fixed until you remove the dolphin potion. 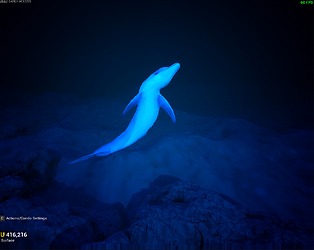 I got the golf ball milestone, added some observations and possible bugs.