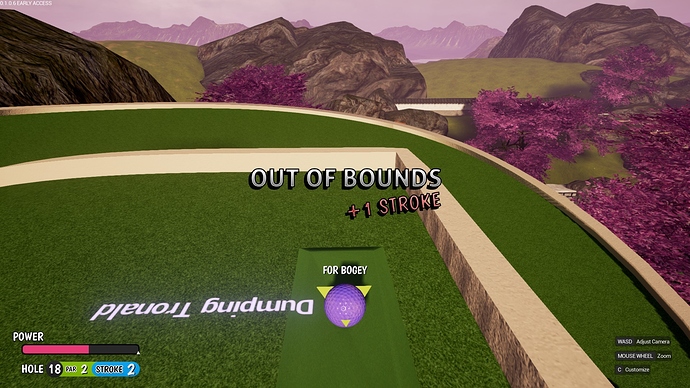 I had the same thing happen with 0.1.0.5, I believe they fixed it in the update today though.

How is it a bug? This has happened to me multiple time as well. You hit the edge too hard, you bounce.

have you even played hole 18 on garden

Like I said, same has happened to me multiple times. Garden is my most played course.
You mean it bounced off after rolling down the hill? In that case you had too much speed and it bounces, possibly out of bounds.

Edit: You mean the exact hole or the wall behind it?