So as of a few days ago, I cannot get anything to display on the media players. It’s weird because it will show the video title at the top, and the playtime starts rolling, but I see nothing and hear nothing. I’ve checked the Volume Control dials, all turned up. Adjust Video Resolution setting, nothing. Verified game integrity, nothing. I don’t understand, it’s always worked fine before.

Whenever this happens, I just turn the TV off and on again and it’ll start playing the video/audio again, but usually after that, the media player just breaks and won’t play any videos I put in.

Whenever this happens, I just turn the TV off and on again and it’ll start playing the video/audio again

Tried this several times, no dice.

This issue is due to the Steam Client Beta. Please opt out of the Steam beta.

I have never been in the beta. In fact, I didn’t know there was one…

Also, that guy’s issue is not the same as mine. His just straight up isn’t accepting video links. Mine populates the title and elapsed time (as though it’s playing) but I have no video or audio. Here are two different examples:

On the projector in Art Studio: 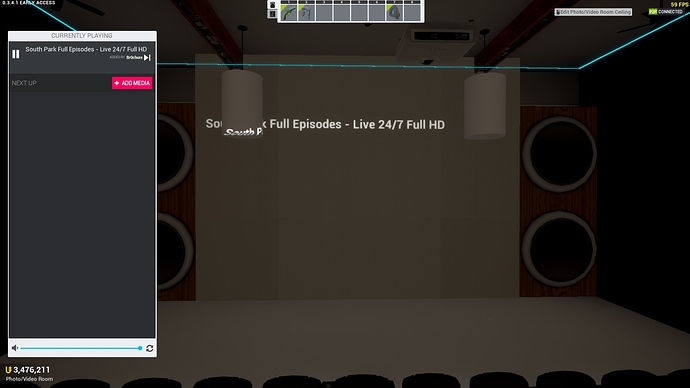 On the Large TV in Suite: 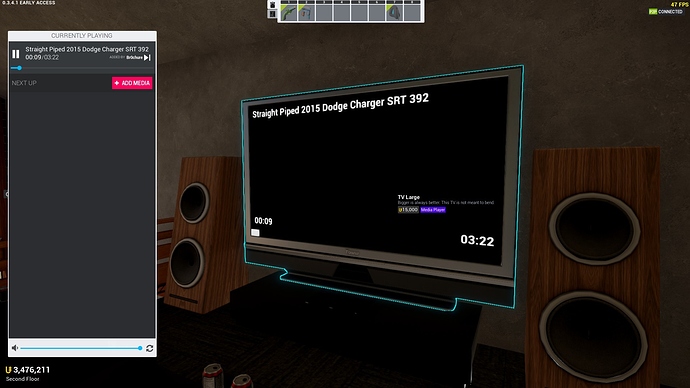 Wait, did you mean the Steam CLIENT beta? Or the beta for Tower on Steam? Cuz I just remembered I am apart of the Steam Client beta…

I meant the Steam client beta.

I switched back to standard client, but am ripping a Bluray ATM and using most of my CPU. I will try again tomorrow and Mark this as solved or reply if the problem still persists. Thanks!