Hey everyone, this is a a thread for all bugs related to Condo - Resort.

DIRECTORY: Links to all the map threads where you can report bugs
StrikerTheHedgefox October 29, 2020, 12:21pm #2

None of the suite aquariums in resort are treated as having swimmable water, nor can you put fish in them. The only usable aquarium is in the lobby at the present time.

Also, the water fountain in the lobby has no particle effects.

I think this happens with the pool in the default condo, too

I believe it may also happen to the Suite aquarium, it could be a weird side-effect of adding fish-compatibility to bodies of water.

Workshop furniture items have broken shadows, only on this map it seems for me. Unless they are in direct sunlight, they will be completely black. Sometimes the item works correctly for a few seconds, then fades to become black. When I turn my shadows to the lowest setting, it fixes the problem but now the game looks horrible. And most people won’t be on the lowest setting when they come to visit the condo.

First image shows item in direct sunlight, corner of the object has a little shade but is pitch black.
[https://steamcommunity.com/sharedfiles/filedetails/?id=2284429391]

Second image shows the object in a well lit area in the train station, but it acts as if it is pitch black.
[https://steamcommunity.com/sharedfiles/filedetails/?id=2284429381]

Can confirm this. (The broken workshop lighting)

Also, fish can drop out of the new suite aquariums at the corners. 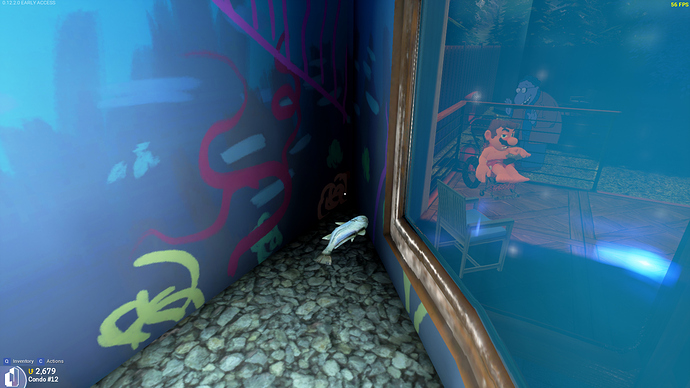 I’m finding a bug where the vent behind the theater does not lift the player up the vent to the achievement spot, workshop items are appearing without texture, and weather settings are not being saved. 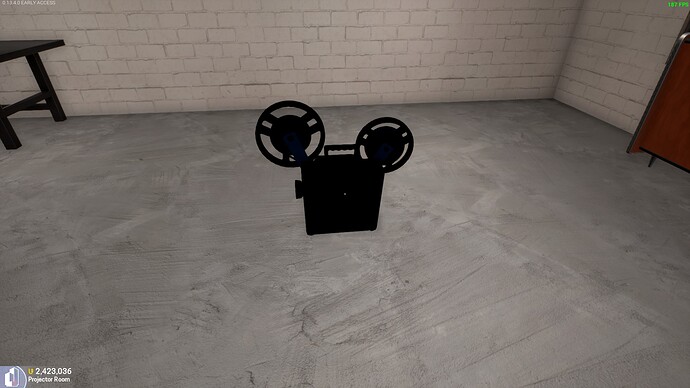 Also there is clipping behind the plant area by the pool, where if you crouch you would fall out of the map 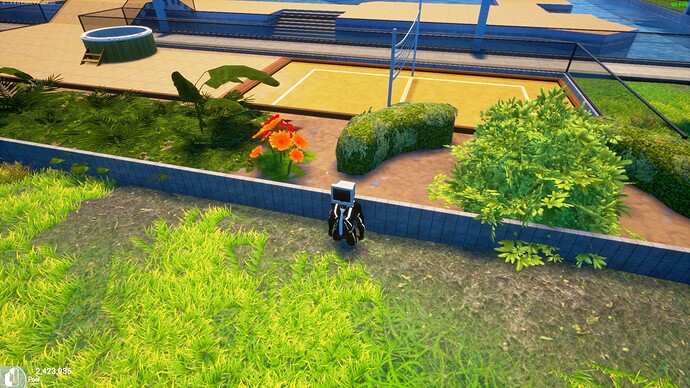 I accidentally found a collision issue when mindlessly flying around in Condo: Resort.

In both the Arcade and Bar Stairs areas, the lights above you lack collision, allowing you to fly through it and outside of the map. 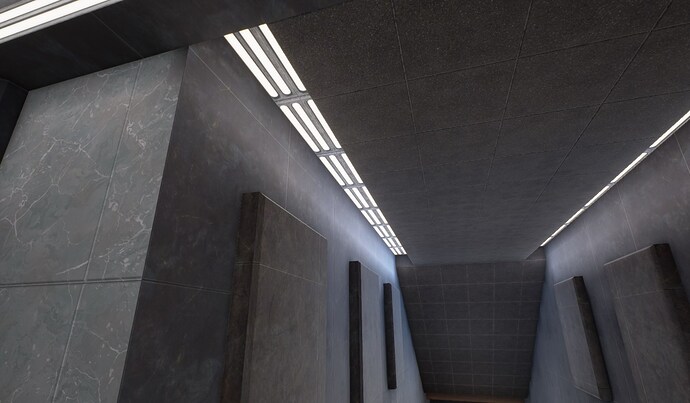 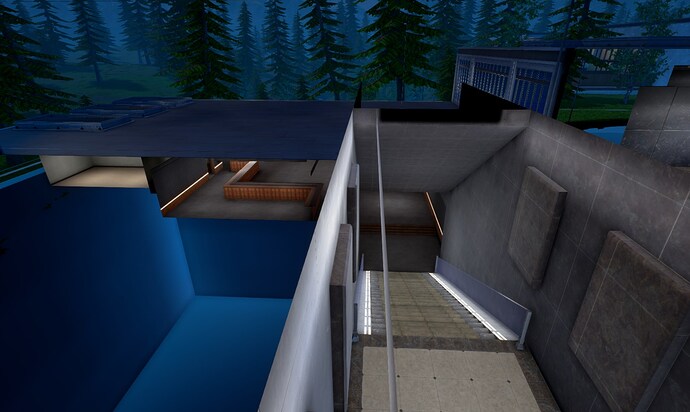 All of the bathtubs in the suites have this weird dark effect over them. This is in a completely default Resort as well. 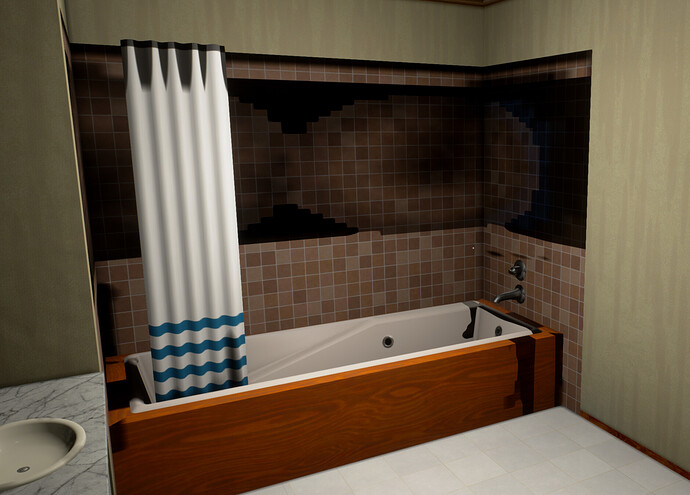 You can clip through the roof in two secrets rooms when you have a jetpack, the Magic Trampoline or while rocket jumping. It says that you are “Outdoors” too, even when you are not clipping through the roof. 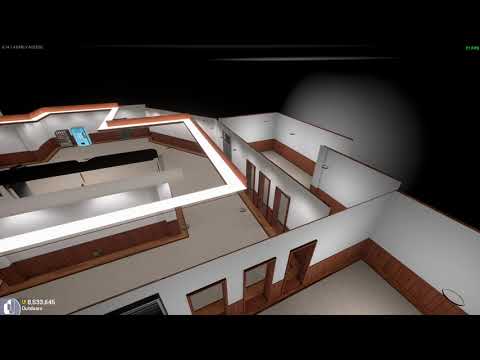 The Copycat duplicate function doesn’t work properly on the moon, probably due to collisions with the low-gravity volume. Instead of spawning where you aim, it spawns at your camera position.

There are walls missing from the Resort plaza area, specifically around the stairs on either end of the central area (side stairs are fine). With a tiny potion folks can walk under the stairs and get under the map. 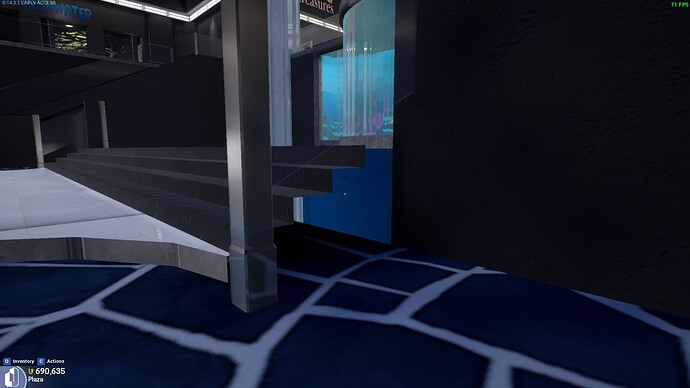 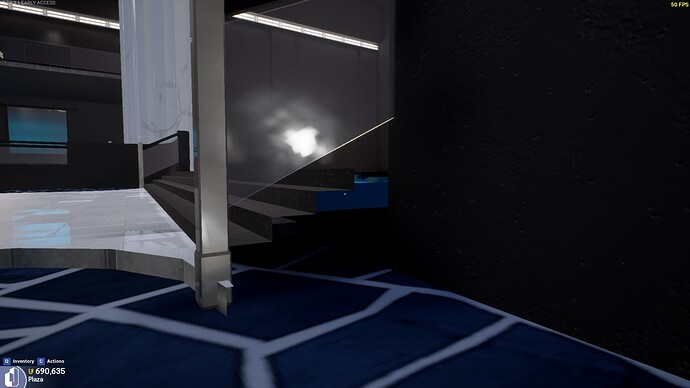 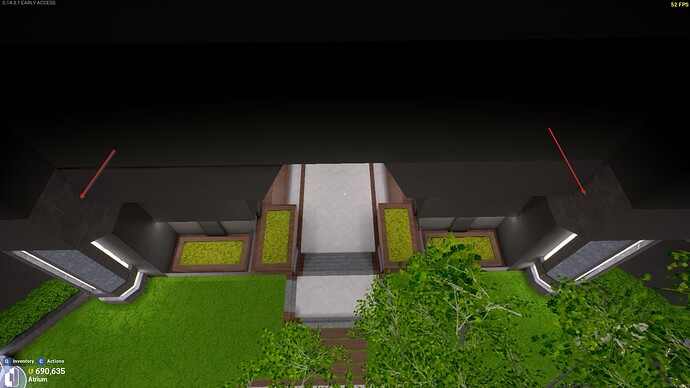 In the Bar Stairs area, there is a point where there is an invisible floor above where the floor level should be, causing players to float above the floor. 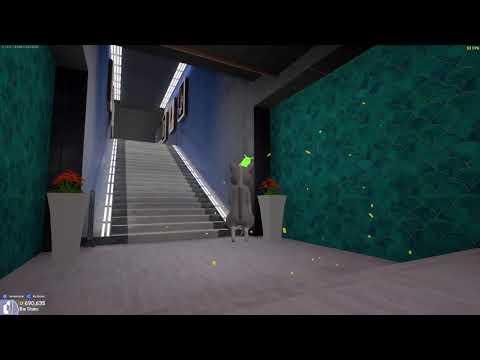 In the Plaza area, there are areas of trim that don’t change color with the rest of the trim.

Around the top of each plaza staircase: 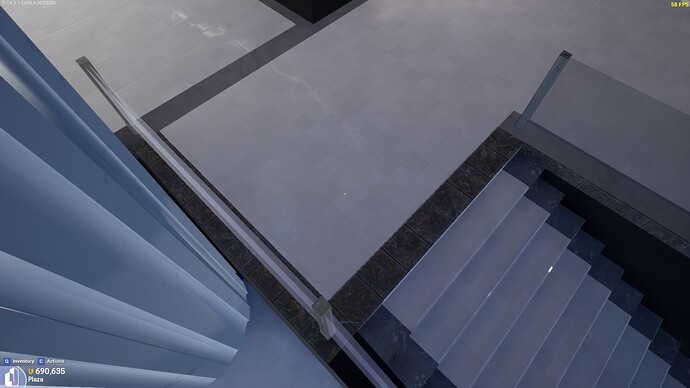 At the top of the arcade stairs: 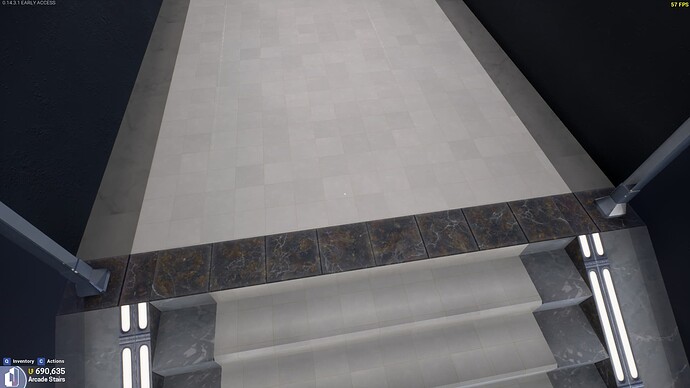 At the top of the bar stairs: 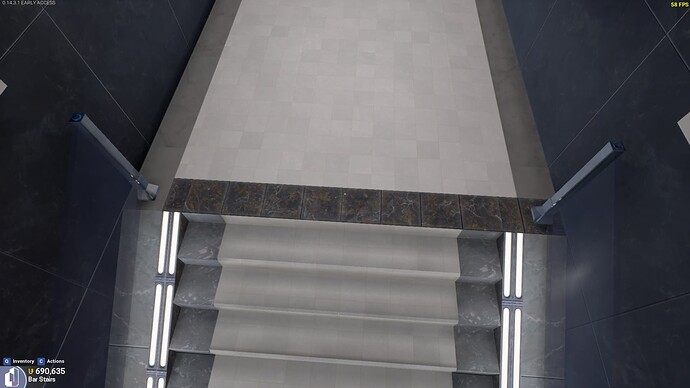 Lighting error as well as unchangeable trim around plaza aquarium: 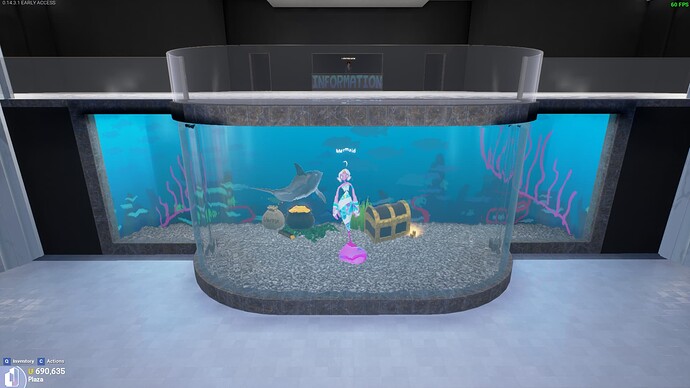 The vertical trim all around the plaza doesn’t match the trim above it. There is also a incomplete corner piece that allows players to see through the map: 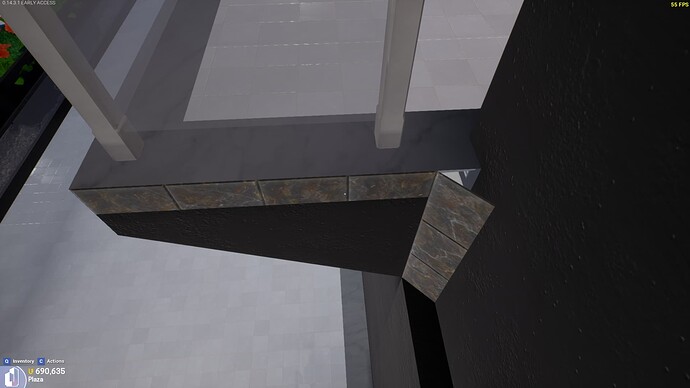 In the Atrium area, the decorative pillars above and directly opposite the train station entrance are missing a wall, allowing players to climb inside them. 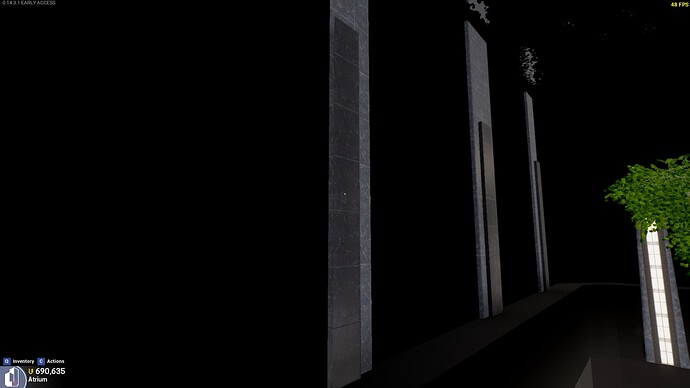 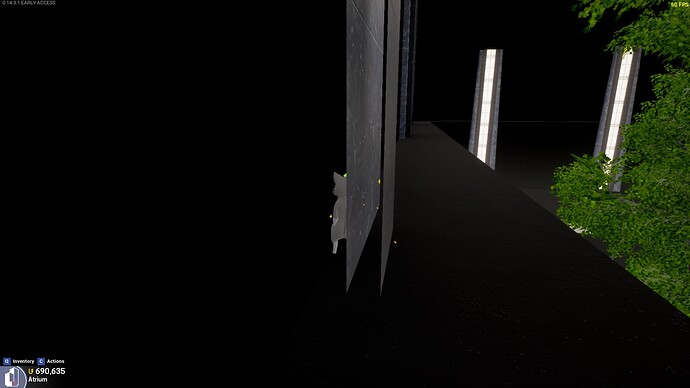 Not sure what causes this one. Occasionally when you load up the condo, one of sections of the wall in the plaza default to the default texture while its connected parts keep the proper texture. Reloading the condo can fix it, but it happens seemingly randomly. It only seems to happen with the wall on this one side at the moment 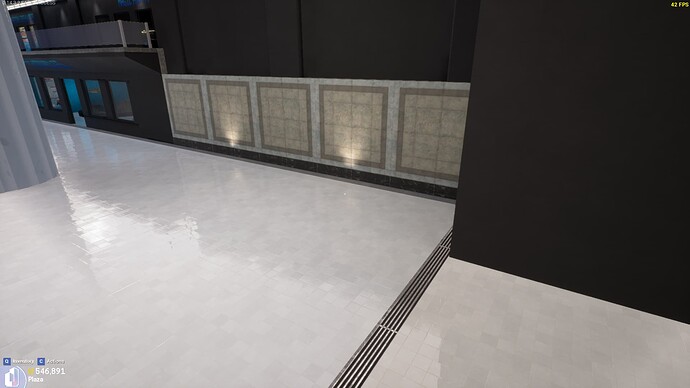 I started Building on this Map today, only to find my Game Freezeing after a while (15-30min) and crashing. Noticed that Memory is always up on 95% [16GB]. Even while nothing in the Condo this will happen. Does not happen on any other condo.

Had a visitor point this one out last night, so did some testing this afternoon. Seems models that are scaled down (whether due to workshop model or potions) can get stuck on the railings that are near walls. This was observed on railing at the entrances to the atrium, plaza bar, and plaza arcade. 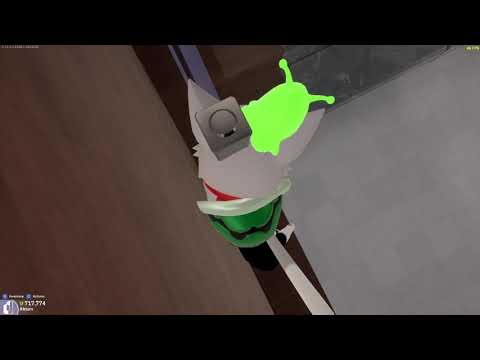 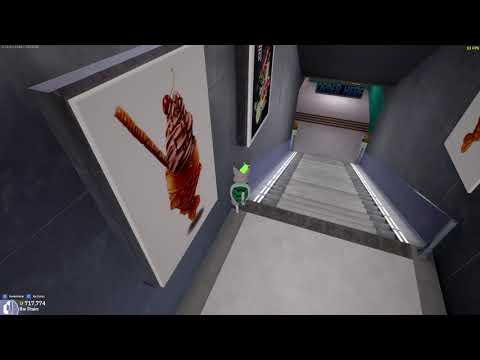 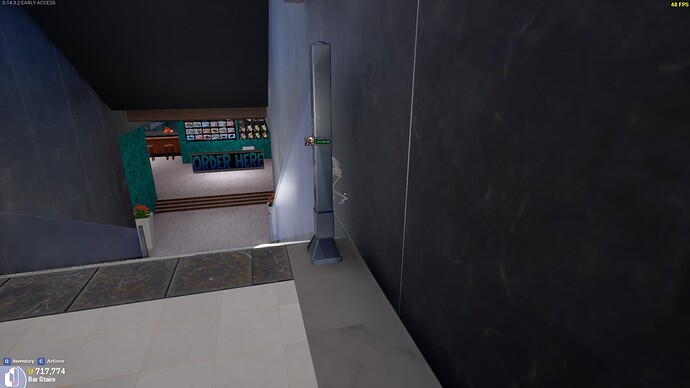