Anyone here plays Manyland?
(For those who don’t know, manyland is an online building game. You can create everything, from the world, to the characters. You can script, too. And if you’re bad at drawing, you can copy stuff other people made and put it in your world.)
If so, we could build a Tower-inspired world! 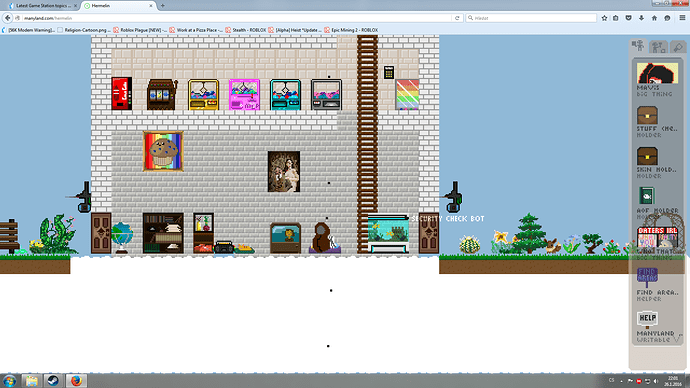 OH MAN, I actually used to play this game back in like 2014!! Got bored with it, though, so I eventually stopped. I did make a few creations for it, and I pop in from time to time, though.

Also: the co-creator of Manyland created an old Google blog I used to follow, so.