Make the windows actually functional in the bowling alley

In the discussion on the new Game Ports, Johanna mentioned the windows will be able to be looked through, so can the same be done with the Bowling Alley? 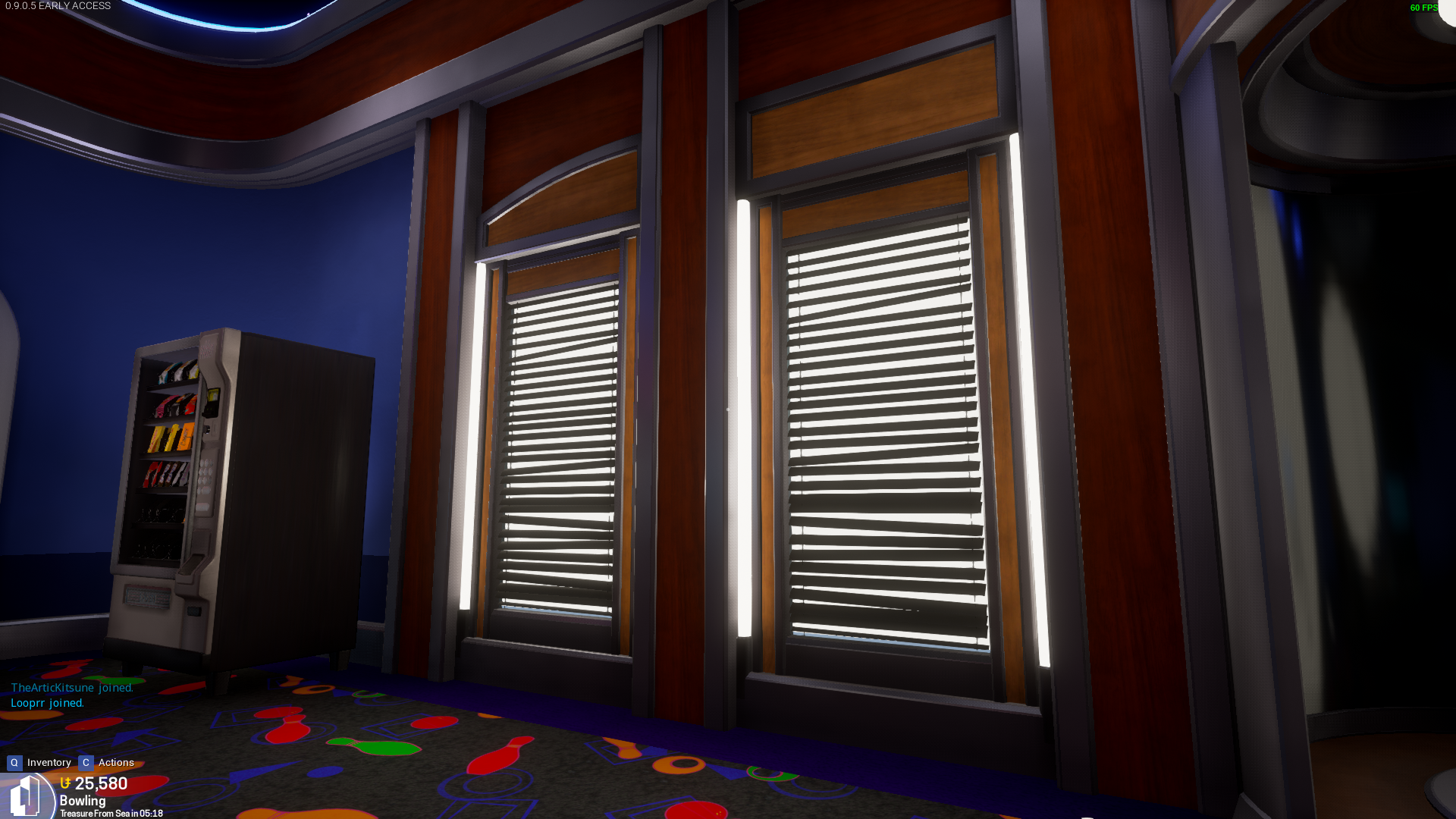 I don’t think anything special was meant by Johanna saying you’ll be able to look through the windows.
The Bowling alley is actually underground in its own loading zone (to help with peformance). That’s why you need to use the loading door to get in. So, if the windows were seethrough you would just see the void, and the weird underside of the plaza that you’re not meant to see.
On the other hand the game ports building is in the plaza area itself. and is not accessed by a door - no trickery going on there.

If the bowling alley’s windows were to be seethrough, it would have to be moved up and inside of the actual building. Not only would this be inconsistent with the rest of the “enterable” buldings like Casino and Theater, it would also raise a few other problems, such as noise makers being heard from outside.
Alternatively there could just be some fancy parallax or whatever like on the upper casino exterior, but that seems like far too much work for such a simple detail

I think a nice detail that could be added to places like that with fake windows in the future is a parallax window effect, to make it look like there’s an actual environment behind the windows despite it being just a flat plane. The only decent example I can find of this effect is one I saw in A Hat in Time, where they make it look like there’s a room behind a window despite nothing actually being there.


Hell, it’d be awesome to see it be added to some of the windows on the tower to give it a more 3D feel, although I’m not sure about how the effect works on the technical side/if that’d be a performance issue.
9 Likes