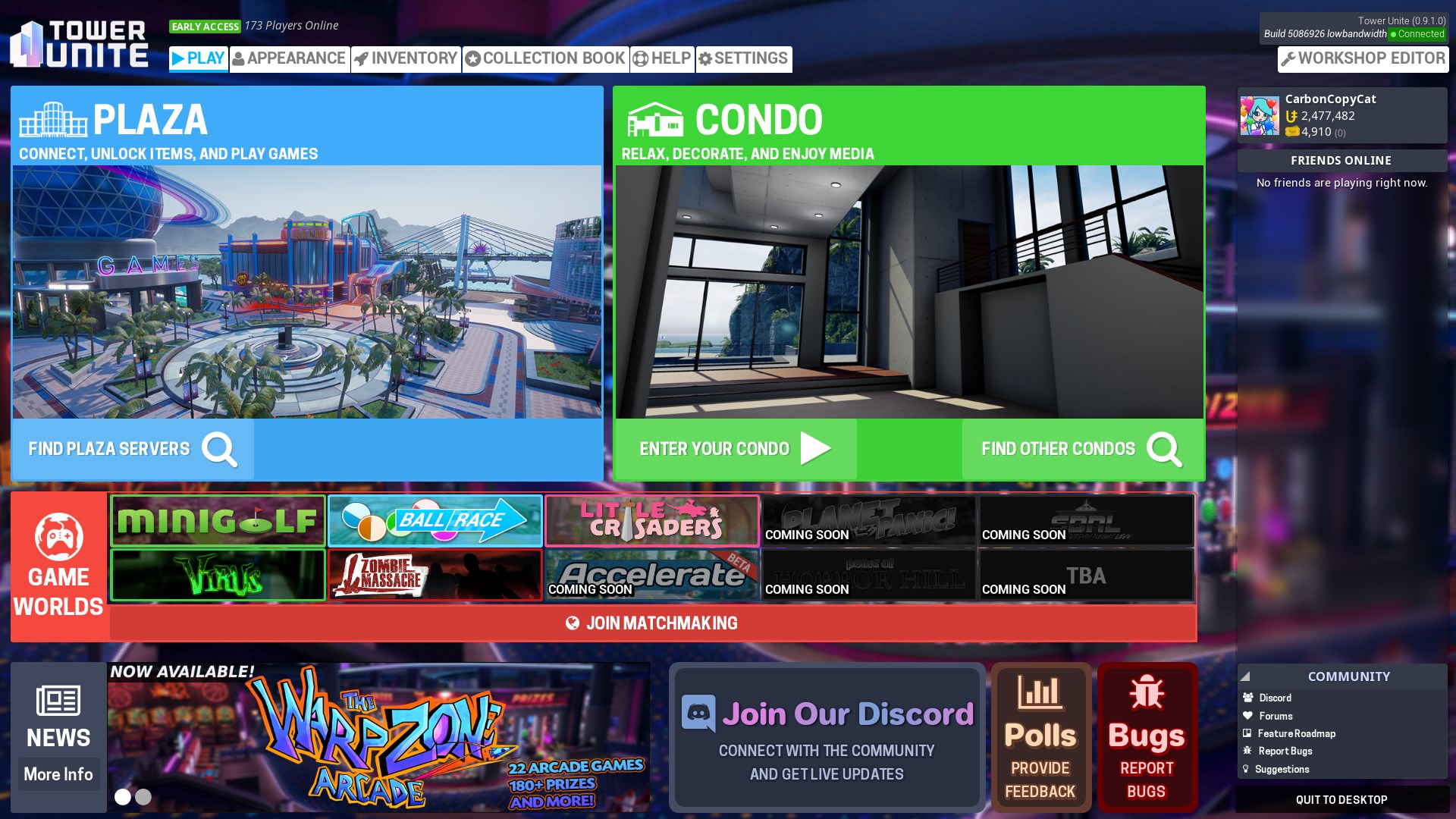 Not sure if another main menu UI change is in the works, so just ignore this if that’s happening to make things more consistent.

Currently, the new buttons completely clash with the theming of the menu.

First main issue is the font for the titles. I did see it being used in some other menus (waiting for players, I think?), but the round text doesn’t match at all with the square-er text used in all the other text fields.

Even when just looking at the new buttons, they still clash with the subtitles (e.g. “PROVIDE FEEDBACK”), which still use the same square font in all caps. Making the subtext lowercase (such as “More Info” under “NEWS”) would make things less sharp, and at least match that theming, but the main issue still remains.

Second issue is the borders.

When compared to the other boxes, the edges are much more rounded, making things inconsistent. Reducing the bevel on the boxes to match the other boxes would help in this case.

Additionally, the outline on the boxes are quite large, at least in my opinion. I’m not opposed to having an outline there, since it makes it clearer that it something you can click on, but the outline should be reduced to match a reduced bevel on the boxes.

Last is the color scheme. I’m not opposed to the actual colors used, but they do stand out.

One issue is the colored text, which differs significantly from the more minimal white text used in all the other text options.

Last minor gripe is that they don’t click when hovered over like the rest of the buttons, but that just seems more of an oversight than a design decision.

UI designer here, they are designed to stand out from the rest of the buttons.

The font for the titles are meant to be more light and different from the rest of the menu. I actually had a version of the menu that used that font throughout.

I purposely picked the curved borders to make it very clear that these are buttons that take you externally out of the game and also stand out from the rest.

The drop shadows are actually outlines, not drop shadows. Unreal does weird stuff with scaling DPI that can cause pixels to shift and it’s unfortunately out of our control.

If another main menu UI change is in the works then i understand, because right now it feels a little cluttered and slightly unorganized, it doesn’t seem to follow a grid (like when you design a webpage) so the elements seem placed separately 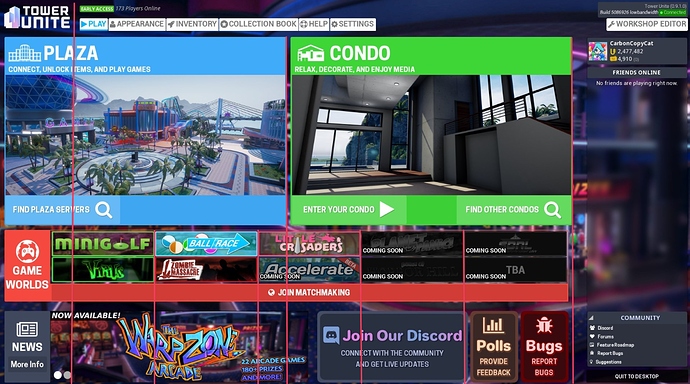 before the addition of the buttons it didn’t really work well with my resolution but now it feels even stranger? 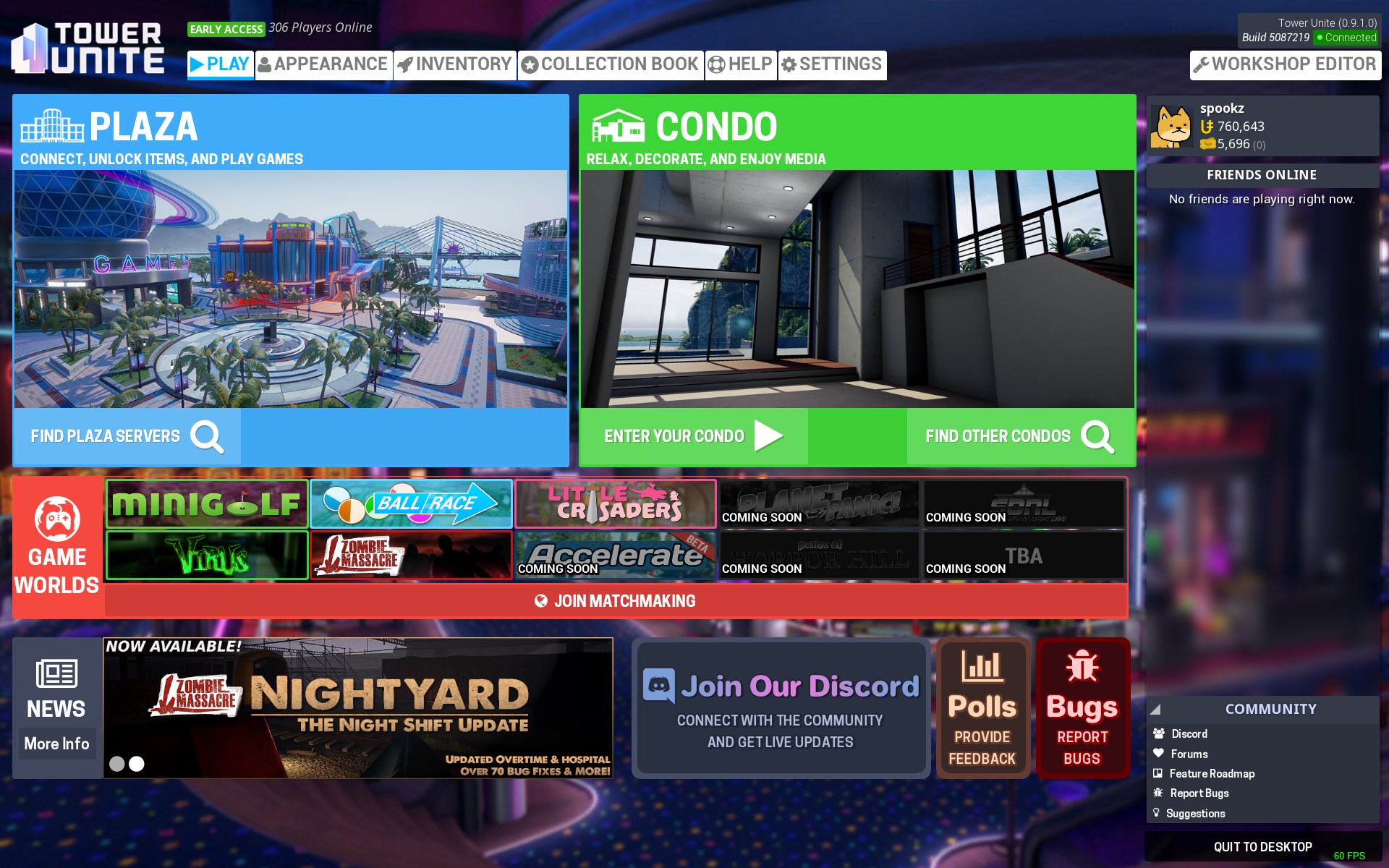 the colouring of the discord button is just weird? and the inconsistency of the three new buttons with the rest of the menu is bizarre with the font and outlines

the polls button is a bizzare choice to have especially when there isn’t an active poll.
i’m trying to think of a way to have consistency for it but i just can’t scratch a way to have it without being cluttered?

i do understand the choices behind the decisions for the buttons i just think they add too much on screen and they just also aren’t very nice too look at, there is already so much on screen already

Here’s a rework I just whipped up. 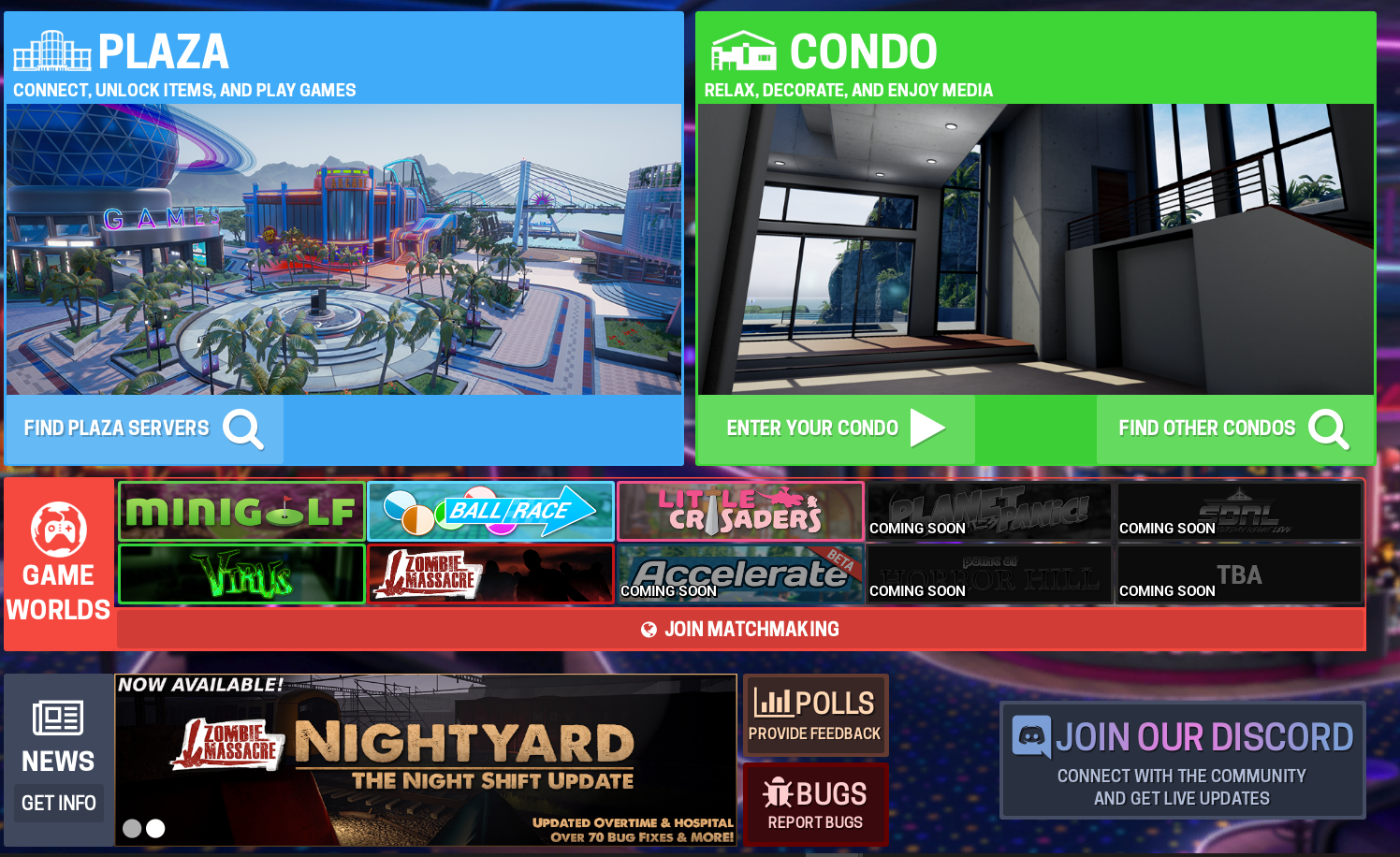 My only issue is the redundancy this has caused. Why are there 2 buttons for discord and bug reports which serve the exact same purpose standing right next to each other? It’s just wasted space, at this point it might be worth to resize the carousel to take that extra space.

On top of that, I don’t see the point in giving the polls his own button, considering it’s not a reoccurring event, but more like a moment where the devs are checking with the community if they’re doing good.
I’d just move it to the news carousel, make it show up until a new patch removes the banner from it.

Couldn’t you just add the universal icon for “external link” to the boxes to properly prove their purpose?

I’m trying out a new drawing software, can’t you tell? : )

I personally don’t like having an external link icon, it looks really gross to me.

There’s two buttons because the smaller button is barely visible (and also it’s the same UI element as the one on the pause menu, thus the overlap in buttons) and we want these to be noticeable.

The polls button was added before the carousel was developed (just made that today actually), so yes, I think the polls could be on the news section or at least pop up when there is an active poll. The other reason behind not having that is just that we don’t have a way to tell the game there is an active poll just yet.

I feel like instead of designing them different and disrupting the continuity to make it look like it’ll be external, the universal “this will open a new window/tab” icon in the corner would be better.