This would just show the minigame chat messages on the bottom right of the screen and have it display something like “X Starts Behind the Tower in 30 Seconds” to make it more obvious when/where minigames happen.

A board would be next to the minigame area that has a list of every minigame that can happen and some info about each of them.

This would just have a timer in the tab menu and/or the minigame area that counts down to when the next minigame happens.

Here’s a poll to choose what you liked the most.

Yes, my suggestion was to make it also happen on the bottom right like announcements for stuff like bowling or laser tag do.

Those pop ups also happen for minigames when they start. They teleport you to the minigame pad

They are pretty noticable. Doesn’t your game freeze for one minute whenever one starts?

yeah it lags every time a plaza minigame starts

I think the minigame area is way too unoticable. It’s in the back of the tower and it takes time to get to, and it’s really not convenient. Since it’s so far back it’s hard to know when there’s a minigame going on as almost no one goes by that path.
I’m not sure why they changed the minigame pad to a place that’s so unaccesible and hard to notice, but as of now a lot of people miss the fun of playing the plaza minigames because they’re not in the center where everyone can see it.
The place is pretty unintuitive, you’d expect a minigame to be in the center, or at least someplace that can be seen from the center of the plaza.

…but it’s just behind the main building instead of in front of? Changing it would just move it from one side to the other - It’s not like on a different island or anything. Building is pretty wide open so you can float there fast as well, I just don’t get how its “so inaccessible” I pass the pad several times when looking for treasure. I always see loads of people flying around as well.

I didn’t mind it being in the center, but I figure it helps with lag issues on a heavy traffic area. I see a 30 second warning and can run to the area from fishing docks or trivia by the time the event starts.

When I first joined TU I could hardly notice the minigame pad, and didn’t know where it was for a good while. I get that it feels accessible to us, but its placement is very unintuitive, it’s a place you only go to if you’re finding treasure, which is not something people who just joined will do.
I’ve also seen multiple people ask where the minigame pad is. It’s not hard to get to, but it isn’t where you’d expect it to be and imo that’s one of the main reasons people don’t play many plaza minigames.

It’d be great if it was in a place easier to see, close by the places most people visit in plaza (Bowling alley, Casino, etc) so new players could start to earn money when they first join just by seeing the minigame pad light up, but instead new players rarely participate in minigames. (Remember new players usually don’t have jetpacks)

I mean when you start off and go up the stairs the first thing everyone does is go towards the main plaza, not towards the back. Plaza minigames should be one of the first sources of income, that’s why I think it should be in a more intuitive place. Sure you and I know where it is, but that’s not true for new players.

Not to mention the fact that most new players rarely know how to even talk, so they’ll probably not click the “join” button let alone notice it, so having the minigame pad be physically in a place where the game pushes you to go when you join would be helpful.

It should be moved back to the center of the map outside the tower. I don’t get why it had to be moved out of the way for a fountain.

IDK what to tell you my experiences are totally different. As I said I wasn’t bothered by it being in the center, but I do not see this perspective of it being out in the boonies away from civilization. It’s behind a building. I don’t think it’s counter intuitive to go up stairs and look around, not just run forward and expect everything laid out in a path - yes even new people because I’ve introduced the lot of them.
I, at first, was also confused for the change, but I liked the fountain stayed put. I also liked the fact that it created an entire island of activities, not just “the center part” it was a full fledged map.

When I see people go up the stairs they immediately stop and look around, they aren’t on rails expecting everything laid out in one direction. By that thought let’s just slap all the stores back out in front of us as well and just create a tunnel of activity, turning the mouse to other directions is just not fun.

Your experience is clearly limited to various activities so you don’t see use for these other places. But there is a fishing dock, pool, and treasure hunting surrounding the backside of the island. It’s not the central hub, but it’s not a barren desolate wasteland and does get visited frequently. We’re legitimately talking about the opposite side of a building here. It’s only for activities that happen on a timed basis as well… i just don’t see the issue idk.

Yeah look at all the difference it would make. Gamechanger. 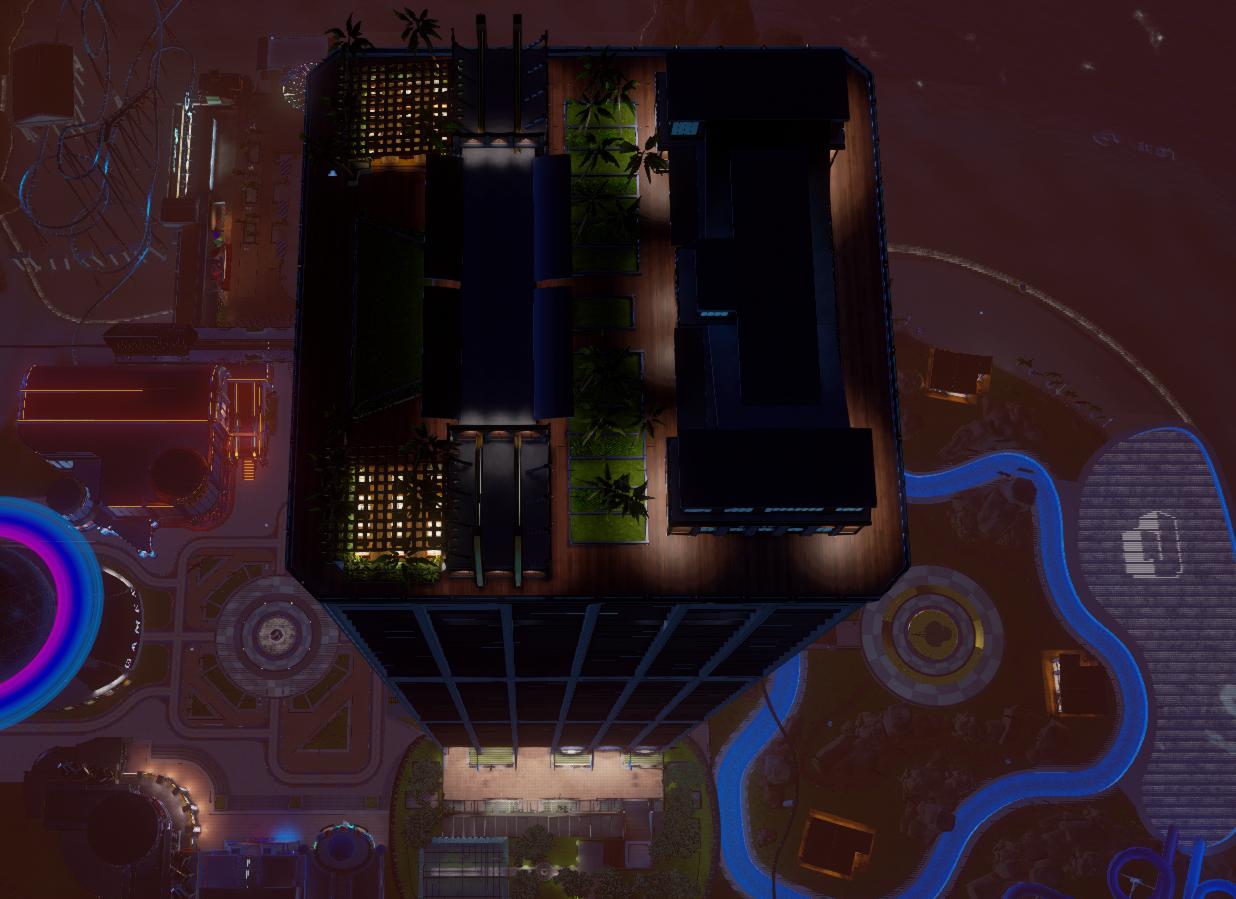 The difference it would make is that new players could actually see where the pad is without having to ask global chat or looking around the plaza forever.

…where is this slew of lost new people only looking forward that you all see?

I mean legit have waited for new friends to join, they join, run around, run up the stairs, run around… and none of them seem pressed to immediately need the minigame pad area. I normally have to convince them to stop by it.

Almost every time an event starts I see someone asking in global “where’s the minigame pad?”

Is it at the same rate as literally everything asked? I’ve had tons of people ask about bowling, laser tag and trivia… maybe we need to move those closer then?

I could see the argument for the map, or proper labeling besides a balloon… but just tonight I had 2 friends I was navigating to laser tag (one of who played before) ask where it was. I don’t think moving minigames to fountain will stop those questions

It’s not, but that’s probably just because the minigames only happen occasionally, so people only ask when they happen. Stuff like trivia and bowling are asked more since they’re always available for people to play.