It feels like a punishment to spawn as the dragon.
Take the next few statements as my opinion based on anecdotal evidence o n l y.

Without constantly air camping, there is no way the dragon stands a chance against any two knights grouped together. Reversal mechanics like the roar and tail whip are inconsistent at best, and completely unreliable at worst. In most lobbies, I find it rare to see the dragon kill any more than 1 or 2 people. I can understand the sentiment that people should just get good, but one issue is the size of the button hitbox. Whether the new button press prediction is causing any problems in matches or not, I don’t know. But this image was taken with a friend standing completely still while we were testing the new hitboxes. 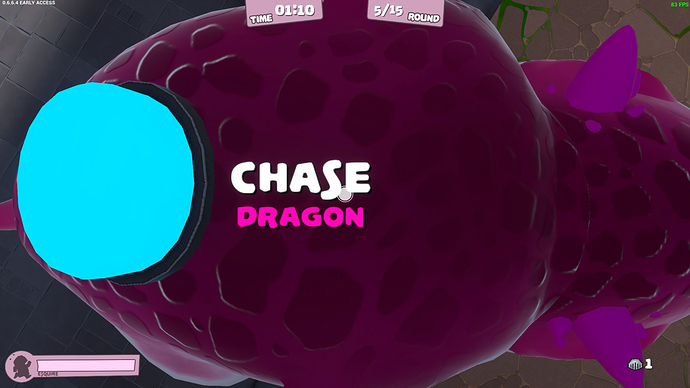 With this in mind, I want to offer a few suggestions to help make the dragon feel like they aren’t playing at a constant disadvantage.

My concluding thoughts are: button hitbox is too lenient, and knight jumping is too high of a reward for its low risk. Whether any of these specific changes are adopted or not doesn’t matter, but I believe something should be done to solve the problems brought up earlier. Please let me know your thoughts, and feel free to add suggestions.

I sometimes get to turn off the dragon without even pointing at the button.

i’ve been able to wipe out 7 people as dragon in toy room, some of them had 70-100 ping, allowing them to survive point blank bites. the secret is to fly from mount yung to the small mountain thing thats next to the roof overhang, picking off knights as you go then roaring and flying back when they begin to overwhelm you.