Is anyone else getting random friend requests (on Steam) from people with dragon profile pictures?

I know it sounds odd, but people with dragon pfps are trying to convince me to put gambling sites in my Steam description for rewards! I am literally talking to one right now.
Edit: update, they are not all actually dragons, get friccin fooled
Update 2! Talking to the next one.

On a completely unrelated note, have you tried going to wastemymoneygambling.throwitaway? We do CS:GO:GO:GADGET:ARMS skin lotteries and lawsuits, and it’s a lot of fun and can totally make you super rich! Advertise us in your Steam account and we’ll give you a partially-used $10 gift card to Floormart! Totally not a scam we promise please don’t sue us!

Well, you don’t have a dragon profile pic, so it checks out.

Speaking of cs:go, one time a guy friended me trying to trade cs:go items out of me. I don’t have cs:go in my Steam library.

I had one that was pretending to be a female to get skins/money had a friend friend one of them and they got the exact same message looked up their name and got 100+ copys of them same name and pfp.

i had something similar to that, a guy with a gambling website in his name,
but instead of asking me to join the website he told me i looked like his cousin and that he wanted to do dirty thing to me, so i blocked him, i was 15 at the time and am straight so that situation wasn’t good.

Be member of big groups on Steam, get added by bots and the like. Just report them to keep the community clean and remove them again. Except if they link you malware and you’re skilled enough to not run it, then have some fun reverse engineering it.

when is steam gonna ban gambling sites already? it’s stupid how often i see someone selling out to get a cent a day

Wow, everything makes a crap ton of more sense now.
I now prefer to absolutely bean them before reporting them. 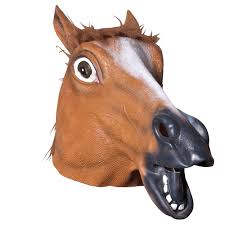 They are too busy working on making uno games-you-wanted-to-have-real-sequels to get 300 cents a day.

Considering I have an australlium weapon from TF2 in my inventory, I’m pretty familiar with random people/bots trying to trade with me even though it says right on my steam profile that I will not trade.

Now, the weird part is most of them having dragon profile pics. Coincidence?! Probably yeah.

i got a message saying “you were sad yesterday, is everything ok?”

i was crying the day before