(That should be a late development feature, it’s just something not that important)
I don’t know if it’s possible because most loading screens just freeze the game until it loads, but if it is, that would, maybe, be cool to have.
A interactive loading screen menu for each gamemode (or one for all with a simple minigame like worms from YouTube), something like customizing a minigolf ball, changing your outfit while loading and etc. I don’t know if it’s something hard to do or if it’s even possible, so if this could be implemented, i’d say only on beta or when the game is complete.
I made an example of how it should look (it’s simple, just to get an idea).

Keep up with the good work, devs! Me and my friend can’t wait to play. <3 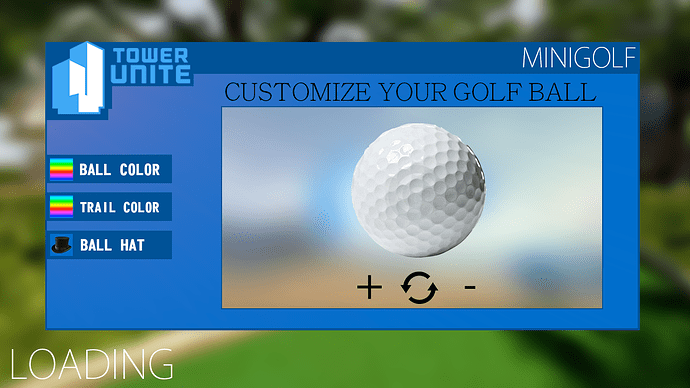 Fun story, Interactive Loading Screens were actually a patented thing until very few weeks ago. It has gladly expired since then, but we got to wonder what would have been of the industry if they weren’t all this time.

I’m sadly one of those that gets freezing screen during loading, so I wouldn’t probably get to enjoy this much. (I do hope that pretty loading screens like the ones in GMT return).

What about a minigame?
The stuff from arcade would work IMO

The loading screen probably freezes games in Source because loading screens weren’t meant to be interactive in Source games, the engine was not optimized for this kind of stuff. This should work fine in UE4.

@vtipoman
Yeah I tought about that. It would be cool if they created a minigame related to the gamemode you’re about to play.

@Radek
I don’t really know much about UE4, but I hope this can be done.

When I was young, I used to play a mmo called Jumpstart, and I think it’s still a thing today. Anytime there was a loading screen, a jigsaw puzzle or some kind of other minigame would appear. While trying not to relate to a little kids game, this sounds like a cool idea for Tower Unite, and I could see tons of possibilities. One thing that I think that would sound cool is if there was a survey every month, and you could vote and see the current results anytime there was a loading screen.

One thing that I think that would sound cool is if there was a survey every month, and you could vote and see the current results anytime there was a loading screen.

That would be pretty cool. Polls made me think of multiple choice, which made me think of Trivia; perhaps you could answer trivia questions while loading? You could even get something small like 10 Units for each correct answer.

Sadly no admin saw this. :c

They’re pretty busy, I’d not expect a response from them in a single day.