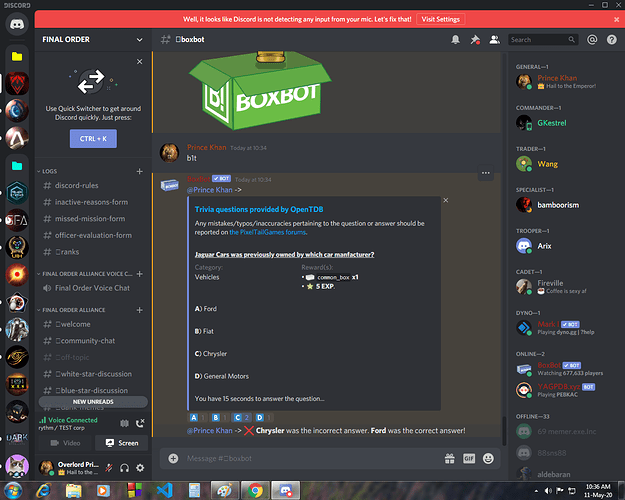 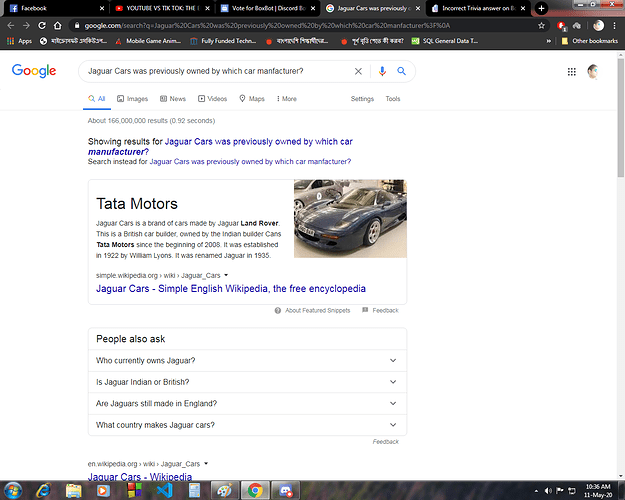 The question is a little tricky, as both Ford and Tata Motors would be correct, but since there is no option for Tata Motors, Ford would be the correct answer to this question with the given answers prompted.

In 1990 Ford acquired Jaguar Cars and it remained in their ownership, joined in 2000 by Land Rover, till 2008. Ford then sold both Jaguar and Land Rover to Tata Motors

Wait, you can post for help from a discord bot now owned by Pixeltailgames?

Please read the bigass bold font. Pixeltail created a trivia database called OpenTDB that accepts community questions. OpenTDB can be used via API for other programs and such like discord bots. So it’s PTG’s server and responsibility since it uses their database.