An idea I had in my head ever since I first played GMT. Hope you like it

Various colorful cards you can collect, trade, sell, buy, and play games with. 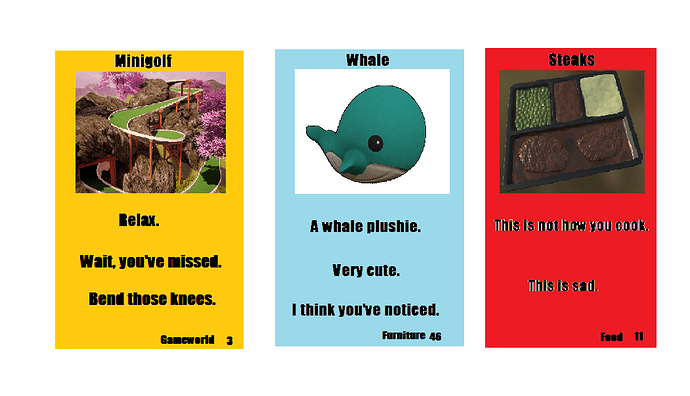 You can get cards from:
a) Booster packs
c) Trading with other people

There are several different types of packs. They differ by rarity, rarer packs having rarer cards.

Common packs
Blue. Not rare. You will see them rather often. You can get them by:
Finishing a minigame (like, 33% chance) 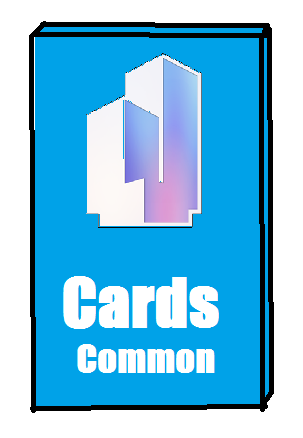 Uncommon packs
Green. Rarer variety of the common pack. You won’t see them too often. You can get them by:
Finishing a minigame (like, 10% chance)
Buying them from Rob’s imports (Randomly appearing in the store’s stock)
As a purchase bonus in other stores (When you purchase something, there’s a change you get a pack)
Arcade (Randomly appearing as a reward)
Catsacks 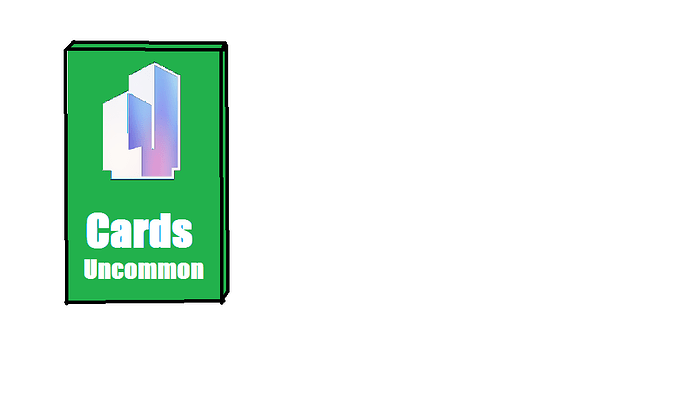 Rare packs
Red. Rare variety. You will see them very rarely. You can get them by:
Finishing a minigame (like, 5% chance)
Fishing
Holiday events
Ocean exploring
Catsacks
Metal detecting 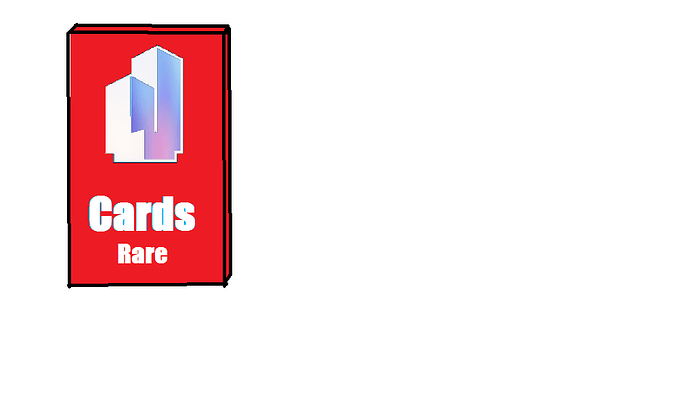 Legendary packs
Golden. The rarest variety. Getting one is announced to the entire server you’re playing on. You can get them by:
Finishing a minigame (like, 0.1% chance)
Admins, as a reward 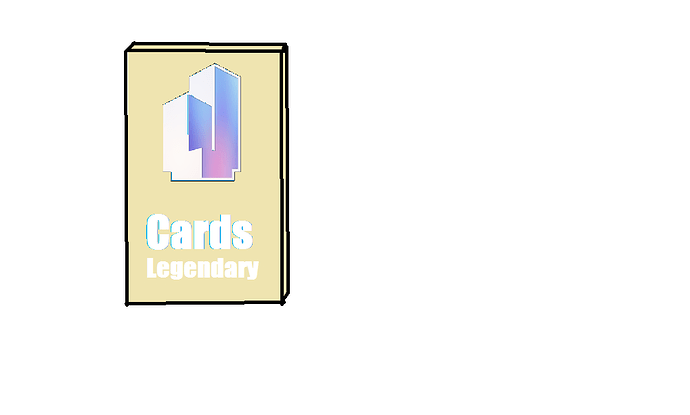 I love this idea, to the ways that you can obtain packs, to the way you can trade them. I would like this to be in the game.

This sounds awesome! Maybe you are also able to sell cards to specific store NPCs and get Units in return? You get more units in exchange depending on the rarity of the card.
And you could also create packs by combining cards of the same rarity.

Maybe have one of those ugly ass plastic cheap binders that you used to store all your Pokemon cards in.

Sounds like a cool idea for a Workshop mod. Not sure about it being in the stock game though.

There are already steam trading cards on the way, wouldn’t we just be able to trade those?

And if you can buy booster packs from the stores, wouldn’t all the cards lose their value every time someone buys them? I know a lot of people with millions of GMC and if GMT had trading cards they’d probably buy quite a lot of legendary booster packs and make them more common.

Those are like limited though. These are actually properly built into the game and seem to be targeted for atleast 25 or so.

You can get only a limited amount of steam cards. The number of different cards a game can have is also limited.
They won’t be always purchasable. Limited amounts would appear at random times. Plus, who would want to spend all his Units on cards?

“who would want to spend all his Units on cards?” 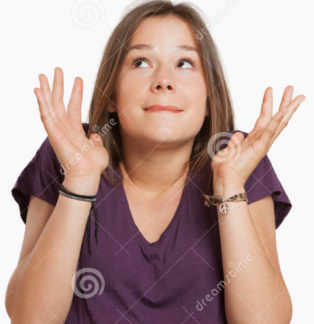 Yeah idk it sounded fun before I typed that.

Things that add more of a purpose to minigames are always good. I’ve always been a fan of RNG based things (such as card drops at the end of a heist in Payday 2) and I am actually pretty fond of grinding to get the one I want.

I support this. Now if we could just think of a really good use for the cards. Perhaps framing them for your condo? Just for bragging rights and whatnot.

fan of RNG based things

Same, which is why I’m so psyched for fishing in TU!

Though, I dunno about this card idea. I just don’t see people doing much with them.

I haven’t heard much about the fishing. What does it involve?

I don’t know specifics, so I’m going off of what I’ve seen.
There are various specifies of fish, but also treasure and junk.
I could not see this being anything other than RNG mechanics.

I imagine it will be a lot like Terraria’s fishing.

This sounds awesome! I’d definitely want this to be in the game, and if not, a workshop mod, as Caboose said.

I will agree to this IF someone can figure out how to make a cool card game with an unneccesarily hardcore meta out of it!

I’m just assuming you don’t mean the Steam Trading Cards because those are a way different thing that can’t be distributed this way.

You got a start there but honestly, I don’t see what use it has. They are cards that only appear in your inventory to trade away, without any further purpose. I don’t really like that idea.

To make this more interesting, actually reward players for collecting those cards. Make it so you can trade them in for rewards:

These are just suggestion to make this idea a bit better. Because without any purpose, those cards would just be useless and fill up your inventory.

Great idea, this would also make it a bit more difficult for completionists to get all the trophies

I disagree with the unit bonus, since rich people could easily buy legendary cards from other people, and then use the unit bonus to get even more money. Also, having people gain more units from doing the same thing (just because of RNG cards) is not fair to everyone