Tower Unite renders to an 8bit SDR Color Range which crushes colors, however this is the normal display range for most monitors. Modern Monitors support “HDR” color ranges, however. It would be nice if Tower Unite could join the list of HDR Capable Games and allow the game to render within this unclamped display range. 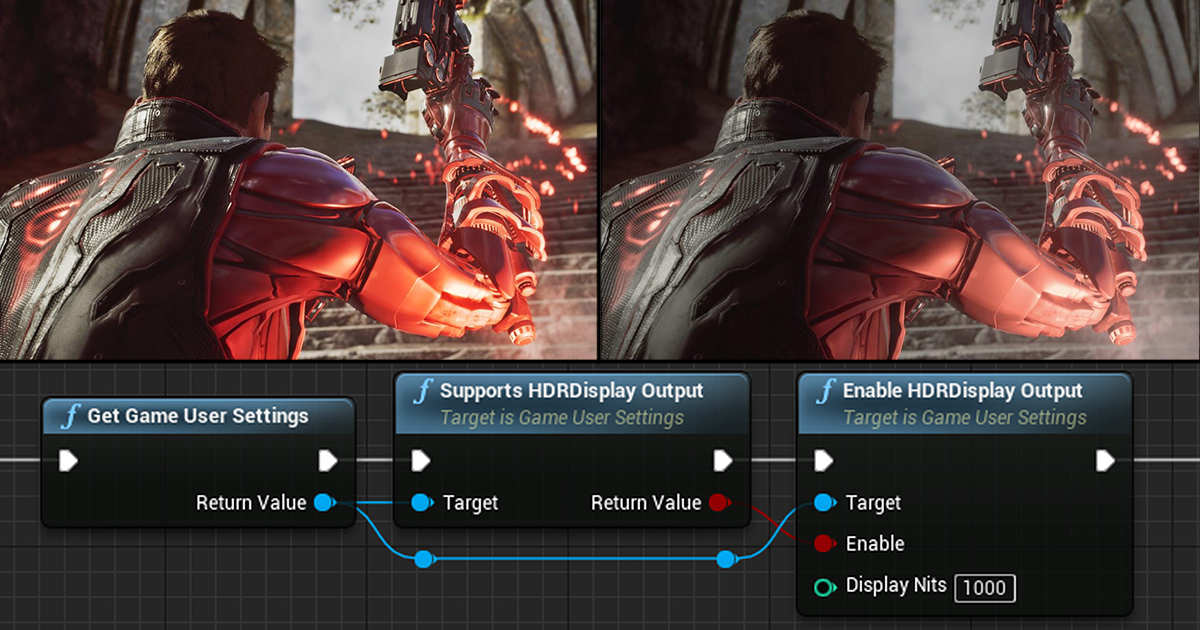 This suggestion is incredibly easy to implement as Unreal Engine 4 has it built in directly to the engine as an ease of access feature, including a switcher built straight in. There are no drawbacks to allowing players to render the game in an unclamped display gamut, and its incredibly easy to implement, so why not, right? It’d be a nice thing to add onto the next dev log, too.