Anyone else having this issue? It’s happening on several of my models and I can’t figure out why.

It only happens inside TU, not in Blender.
I didn’t move the bones.
Scales are all in 1.
Already double checked weights, they’re only weighted to what they’re supposed to (fingers). 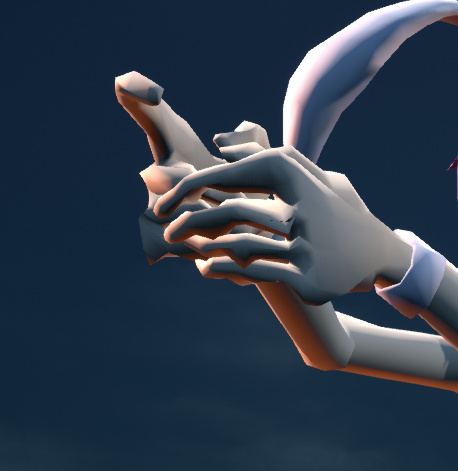 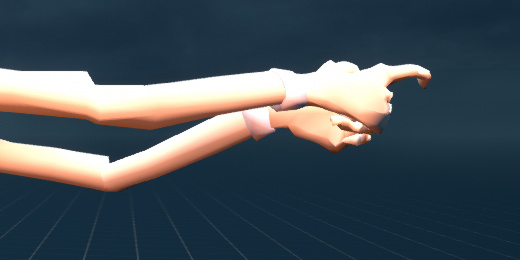 And no, the twist bones have no weight /:

This is a common thing that happens due to issues with TU’s rig. It took me many hours to adjust the weights enough to reduce the spaghettifacation of my hands. I would suggest trying to maybe blend the weights more between each finger segment, if you haven’t already.

I’m afraid we’ll be dealing with this for a while until the devs make a better rig. Hopefully once most of the remaining major features are finished they can take the time to remake the rig in a way that doesn’t make older models obsolete.

Also check around in wireframe mode to make sure you’re not missing any specific vertices either. Sometimes a few can get accidentally painted to another bone and can cause some very wonky hands to form.

hopefully there will be rig improvements in workshop 2.0, don’t count on it though.

Oh noes ~
Was hoping there was a faster solution… it is definitely TU because in Blender they work perfectly fine even when moving all the bones.

Guess I’ll add some loops to smooth them out more including the elbows and knees that I’m assuming are caused by the same issue. Thanks for the reply!

Hope the devs fix this soon because it’ll just be increasingly worse as the workshop gallery grows… and there’s not much motivation to grow it with such a broken rig /:

Hey Alexander, do you think you could post some screenshots of how you weighted the hands? I would really appreciate it :>