It’s that time of the year again, or rather we’re nearing it. So like the previous two events, I decided to make another items suggestion list!

One thing that’ll become more obvious with time is how the typical Halloween theme can become stale or fully explored. To solve that, I think adding a sub-theme that changes yearly (and sometimes be revisited) would keep things fresh.
Many items added during this time would follow that theme but still be available each year. However, the Plaza would receive some new decorations that’d be seen that year.

THE THEME
Aliens Invade the Plaza! They’ve come to steal our Catsacks… but they got distracted by the activities.
A mothership looms over the Tower, windows around the Plaza glow green, the seagulls around the Lighthouse are little UFOs, the sky is purple, and somewhere someone is playing the Theremin.

Here’s just some random sketches of some ideas.

If you have any other ideas, feel free to add them below!

Adding on to this, I’d love to see some more Halloween related plants. We have dead bushes which are really handy for making things like roots or custom bushes, but I would love some variants of logs to be added (like the assets you can find on the Waterhole minigold map, for instance) or even some spooky trees that have hollows in their trunks where we could place things like glowing eyes or secret doors inside. 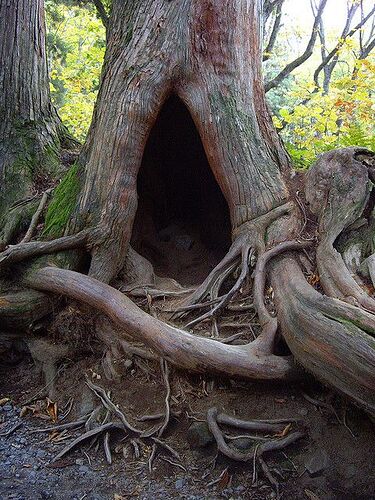 Yesss. Spooky plants are a great area for expansion, even if you ignore monster plants! I especially like the idea of hollow trees, that would be really fun to build with (you could use a scaled one to build a cozy little hangout).
Building off your idea: a treehouse / treehouse-ready tree. I think a tree with splayed limbs and branches for a treehouse (and the same tree without a treehouse, for custom treehouses) would be really great to have in a spooky forest.

i love these concepts so much! the ghost potion sounds super cool… if that worked on workshop items it would be such a cool item !! as someone who likes this kind of sci-fi stuff i’m a huge fan of the ray blaster and test tubes ideas too!

yearly themes for the different events would be so cool!!! i can’t think of any events for easter or christmas or whatever else but i would really love to see yearly themes for halloween! (i’m definitely biased halloween is my favorite tu event…)

LittleBigPlanet is my favourite series of all time and I took a little inspiration from the Monsters Kit when deciding on these. Thankfully this game won’t allow you to put fangs on your Hero hair to make emo bangs.

yearly themes for the different events would be so cool!!! i can’t think of any events for easter or christmas or whatever else but i would really love to see yearly themes for halloween! (i’m definitely biased halloween is my favorite tu event…)

Halloween is my favourite as well, and it has more potential for themes. For the Winter events I think it’d be more broad (a giant blizzard happens and cakes the plaza in snow… so all the new items are snow related, etc)) but the Easter and Summer events are probably much smaller so they act as a time for the Devs to focus on major features.

Halloween has plenty of themes to visit: Zombies, Slasher films, Aliens, etc. Zombies are probably the next best theme since there could be plenty of references to different series’ zombies (a crab that sits on your head, cordyceps eyestalk glasses).

. More fleshy things would be nice, like the pointy bois from the sides of the Hell Portal- except just a singular one so you don’t have to fight with having two of them.

This is awesome, I would love to see some of these implemented in some way.

YESSS. Connectors using the stringlight FX system would be amazing and something I’ve wanted for a while! Chains and cobwebs would be amazing for a Halloween season with ordinary wires and ropes for nonseasonal. Another great one could be a vine, but maybe that’d work better as a Ladder-type item?

I’d love to see vine items for both stringlight FX and ladders! With some flowered variants as well if possible.

I love the idea of the broom vehicle, long as we’re sat on it sideways and not the traditional leg either side.
I find the side sit on a broom to be way cooler, maybe make it fancy and add a small little lantern hanging from the front too. :3

If they do that, it would be awesome if they replaced the honk sound with different pitches of cackles.

i am begging you devs… PLEASE add this broom vehicle ;;

i’m begging on my knees at this point

For something like a vehicle it makes sense (since you only need to purchase one and it’s one of the rarer types of items), but I’d prefer to not have any other expensive items besides that.

That being said, I’d hope that some of these suggested items are available year-round in Celebrations or DIY. FX items should always be available year round for builders (especially Rain and Fire).

Amazing ideas!! Thank you for dedicating so much time to ideas for my favourite time of year

This is so obvious how did I not think of this???