Let’s make this a thread for any discussion related to the fandom. If anyone brings it up in the future outside of this thread, redirect them here to keep it contained. Yes, it’s a controversial topic, and that’s why I’m letting people flock here as not to bring it up where it’s unnecessary. There’s nothing more obnoxious than fans of something spamming it where it doesn’t belong.

If you aren’t familiar with the concept of the furry fandom, it’s a large gathering of individuals who share a common interest in anthropomorphic animals. Anthropomorphism is defined as attributing human characteristics to non-human items or animals. There’s no doubt you’ve seen them at some point in your life, either as a simple logo for a business or in a full-length animated film. Several video games and television shows also feature anthropomorphic characters, as they can easily appeal to everyone of all ages. Some in the furry fandom even sometimes go so far as to create an original character based off the species of their choice. It’s commonly referred to as a “Fursona”, a portmanteau of “Furry” and “Persona”. You can look here for more information: http://en.wikifur.com/wiki/Furry_fandom 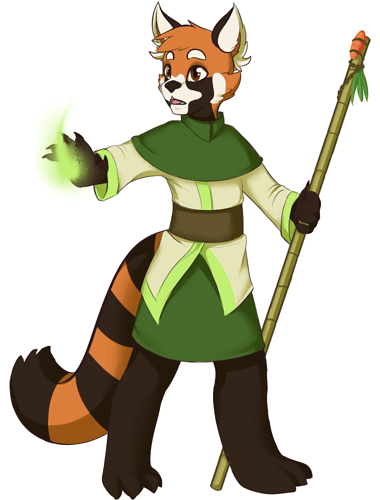 Many people will create a physical manifestation of their character in the form of a costume that can be worn, referred to as a “Fursuit.” Fursuits are not simply a few pieces of fabric and some string, as some people spend thousands of dollars and entire months crafting the perfect representation of their character. Here are a few examples: ( 1 ) ( 2 ) ( 3 )

They have been the subject of much criticism both on the internet and in the media, however. Some of it may be attributed to a single bad experience with an individual, or just judging at first glance without further investigation. It’s easy to criticize based on first encounters, but nothing should be generalized based on a minority. Yes, the concept may seem odd at first, but think of this. It’s a great creative outlet for some with a community that is tolerant of everyone. There’s a large social aspect, much larger than some might think, proven by the hundreds of conventions held around the globe each year with thousands of attendees. At these conventions, it’s a great place to meet up with other furs, buy and sell art, and participate in live events. Many conventions will also be supported by a charity, in which attendees raise money for good causes. In 2014, Anthrocon raised $32,372 for the National Aviary. Here’s a photo of said convention, the largest furry con in the world held on a yearly basis.

Now that that’s out of the way, anything goes

Let’s hear about your fursona! Planning to attend any conventions this year? My name and profile photo are based off of my character, Sonder. He is a short, sky-blue, young adult gryphon who I first started to design about a year and a half ago. Since then, he’s been drawn in many different styles and forms. You can find a few drawings here. I’ve worked on everything from his personality to his height and weight. You can PM me if you’d like a link to my Furaffinity, Tumblr, or anywhere else I interact with the fandom frequently. I don’t own a suit, but I enjoy going to conventions and meeting artists as well as friends face-to-face.

Just to clarify for some people: Keep it on theme - non-furry-related stuff shouldn’t go here.

Forum rules apply here - Explicit content (Porn/Gore/Screamers/Troll/Virus-ware) - Furry or not - is forbidden and flaming/Bait forum posts will be flagged & reported as inappropriate.

Also, not sure if this should be done, but - keep in mind Bronies are also a possible inclusion in the furry sub-fandom, so don’t get your jimmies rustled if a Pony-lover comes in.

Bronies are also a possible inclusion in the furry sub-fandom, so don’t get your jimmies rustled if a Pony-lover comes in.

In games where being an anthromorphic animal is even possible, and trust me there are very few aside from the Elder Scrolls, I like to give my character’s fur a red hue and name him Kuruma after the Nine-Tailed Fox of the same name from the Naruto franchise.

games where being an anthromorphic animal is even possible, and trust me there are very few aside from the Elder Scrolls

Well when I say that I mean a customizable character.

I made a comic series called The Masked Katz. It had 8 titles and it is about a red ninja cat named Katz. He is red with black gloves and shoes, he has a blackish bluish cloak and also wears a black mask. He lives in Nuwreck City, and his enemy is a smart unnamed lime dog. It took me about 1.5 years to make it all, my username is even based off of it.

Well when I say that I mean a customizable character.

Ah, gotcha. Yeah, in that sense, games that let you customize anthro characters are pretty rare.

I don’t think we’re allowed to talk about that game here.

Never heard of it, let me look it up.
EDIT: Oh.

just a heads up

Just looked up Corruption of Champions, sounded like a fighter game. Looked at the wiki, then I had this moment where I said “Oh…” out loud.

Let’s not turn this into a Corruption of Champions thread, there’s probably a whole forum for that elsewhere. Anyways, let’s discuss something else. How did you guys first hear about the fandom? What were your initial reactions?

Heh, unfortunately I feel like that’s the case for a lot of people. I was lucky enough to have heard of it back in 2009 before I picked TF2 up. Just browsing through deviantart one day and wondered why things were tagged as “furry” and “anthro”, I’ve been interested ever since.

Ifunny, a app that has millions of wierd things put on it every day. One of those things was furry related.

I decided to visit the GMod Tower forums to see if I should be posting suggestions pertaining to GMod Tower and not Tower Unite should be made there. I learned from a sticky-post by Mac that suggestions are to be made in the PixelTail Games Community forum now. However what has been posted there, has not been moved, and is now an Archive of old ideas. The sub-forum is organized in 3 child-forums: Approved Suggestions, Rejected Suggestions, and and Implemented Suggestions; everything else is just ignored and never read in a pool of un-catagorized posts. Out of morbid-curiosity I decided to browse the Rejected Suggestions, finding something that made my heart-sink.

This is what I want to discuss with furries like myself. GMod Tower user, Tanooki Jon, posted a suggestion titled “The Tails Shop”. Basically he wanted to see a store similar to the Wearibles store, that sold Tails, like a Chimera Tail or because of copy-right a Dragon Tail. The post was met with mostly negative responses where ultimately, Lead Developer Matt, would post stating that things like this only accommodate to a certain demographic and as such the Development Team feels that content that not everyone will enjoy doesn’t live up to their standards.

You can read more information on said post here: | http://www.gmtower.org/forums/index.php?topic=8250.0 |

I can see where they are coming from, I mean I dislike [REDACTED], and if I saw a bunch of people running around in [REDACTED] costumes I would go absolutely insane, so I can see how people that dislike the furry community can get irked by seeing everyone run around wearing Tails. However I feel that a Tail Store is something that appeals to everyone. A person would have to really hate furries to be bothered by something as minute as a tail, I mean have you ever seen someone lash out at another for wearing the Cat Ears cosmetic? Besides, there are very few who would view being able to wear the tail of an awesome creature, or even to a more extreme extent having the wings of an awesome creature, as a negative aspect. If the backlash against a feature like this becomes too high, or even ends up existing, then just add a button that people could use to turn them off. Furries and cosmetic fans are happy with what they have, and people that dislike furries are happy because they can’t see them.
Now I’m not going to repost this suggestion, it’s already been rejected for policy reasons. If anyone else wants to post it, go ahead, but sadly for people like me, it’s not likely we’re going to be seeing something like this until policies change, or until maybe Workshop mods and Unranked Community servers let us make furry servers.

I’ll also point out that games like Team Fortress 2 have entire animal costumes for their characters and no one seems to mind.