Don't advertise server with Max players 1 in the Global Chat

The title says it all. 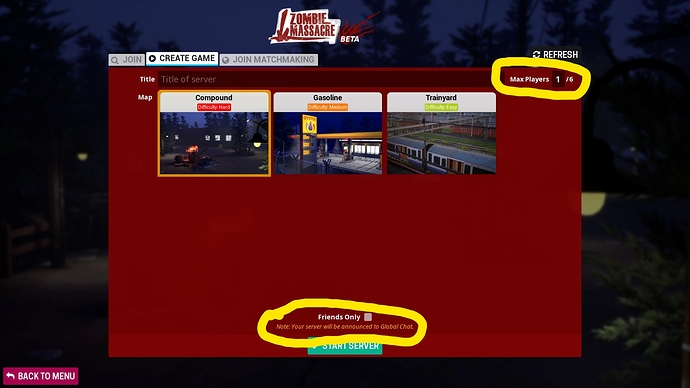 That says max players is 6 though? lol

No, it says the max players are 1.

No i can see in your screenshot, is says Max players 1 out of 6. It’s displayed like this 1 / 6 Max players

Unless its you who set the max players to 1. then i get what your saying. I’ve never made a game myself so maybe its that?

The screenshot shows him setting it to a max of one. You can set the cap to a number between one and six. The suggestion is saying that if somebody sets it to one themselves, it shouldn’t show the “This person is playing, join them!” message since you can’t join em if you wanted to

Yeah i realized that haha, sorry dude. I only noticed he was making his own game until after. Thats why i posted above haha