This is probably going to crash and burn but I was wondering how many people that use these forums are also fans of the tv show Doctor Who. This will also work as a thread to talk about the franchise for people that want to. 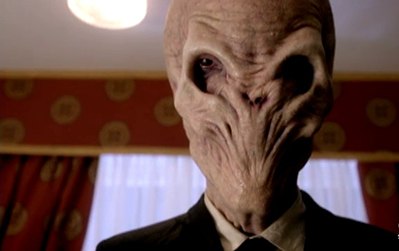 There is a Doctor Who Discord as well.

I’m more of a David Tennant and Christopher Eccleston fan.

I love the episode “Bad Wolf”.

So am I, I grew up alongside the new series. I’ve recently been getting into the audio side of things with the 8th Doctor, got to Scherzo so far in that regard. Also can you DM a link to this discord? It sounds pretty neat.

Waiting for a new actor, also the only reason i watched it was because it was on netflix but now it’s gone on my end so rip

We have all of the new series on BBC IPlayer in the UK, so all I need to do to watch it is lie about having a tv license.

Absolutely love this show, re-watched a few select series over and over. Though I’ve pretty much been avoiding TV for a few years now, so I haven’t seen it in forever. It’s just exclusive subscription services everywhere, and most of the time it’s paying a monthly fee just to watch one show. Ideally I’d like to just purchase some series physically/digitally to avoid that, but damn I have some good memories of Doctor Who.

Used to watch a couple of episodes, it was good

ayyyyy here. Now, the question is, who is hyped for edge of time? Also, I had no idea these people I have been discussing TU with on the forums for a few years were Whovians. Interesting

It looks great, but I don’t have a headset. I’ll be watching playthroughs of it though. I’m more excited for series 12.

The trailer for it makes it look like it has better writing than series 11. I am hoping that it is a sign for things to come

The trailer for it…?

Well, I saw something from it. I can’t remember what it was