One night, over a city in a stormy sky, a threatening figure appeared out of the fog 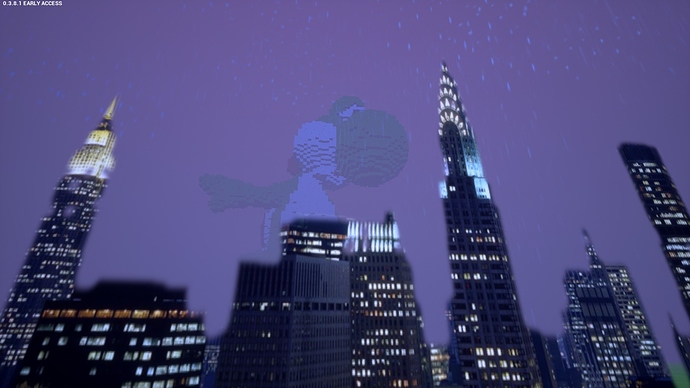 The citizens knew their fate was already done. They screamed… frightened for their lives. 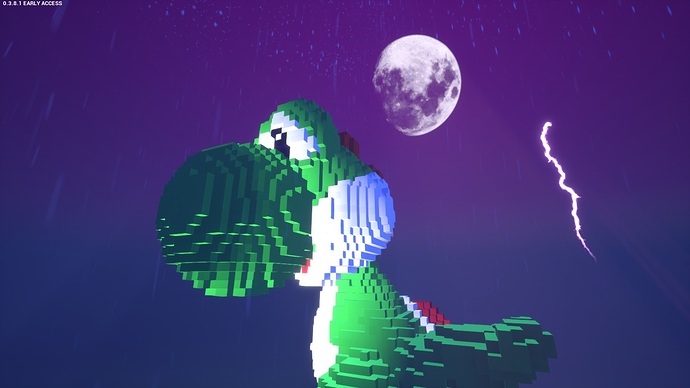 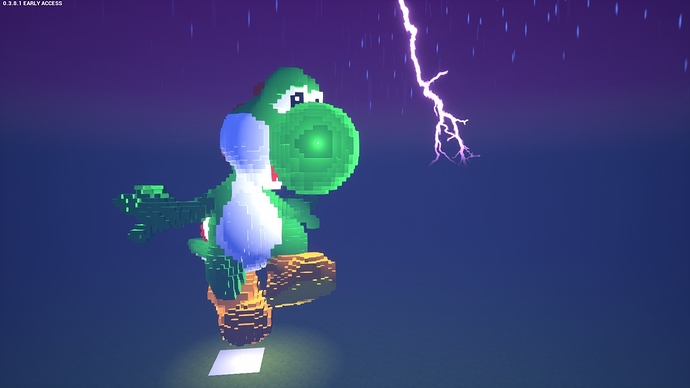 This summer, I felt the urge to make a giant statue to glorify my favorite fictional character. 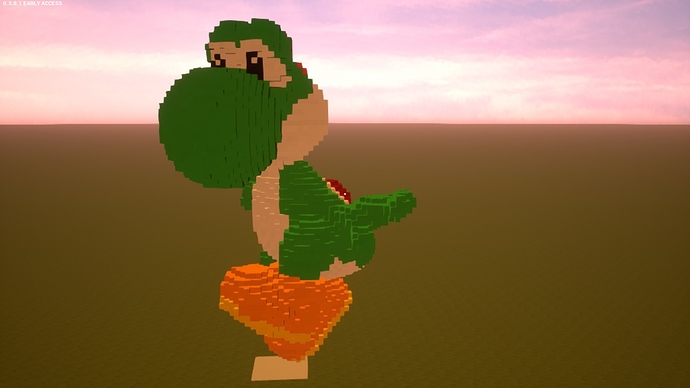 back shot of big Yosho : 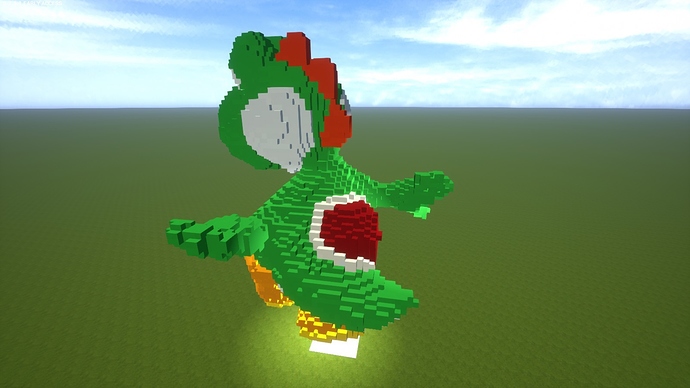 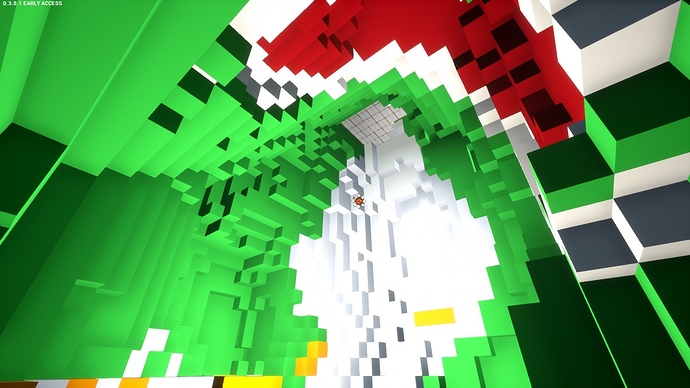 … with his heart floating in the middle : 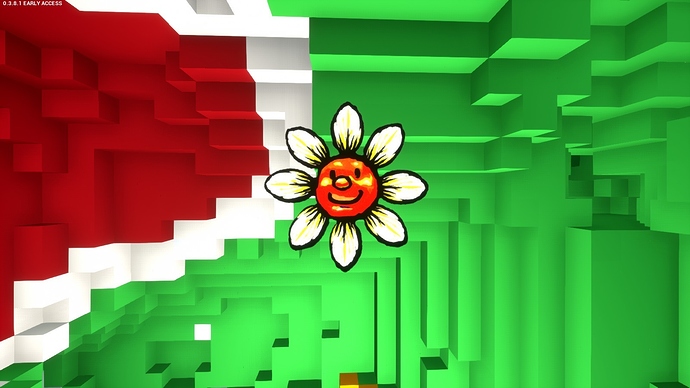 All hours combined, I’d say a solid week of work was put into this.
(2 if I didn’t get the help of the copycat tool halfway through)

I also used this very practical widget I found online, in someone’s portfolio : convert your 3D model into voxels

As you might have guessed, it’s a tool that let you turn your 3d-model into voxels (cubes).

That’s all I have to say… have a cursed shot before closing the tab : 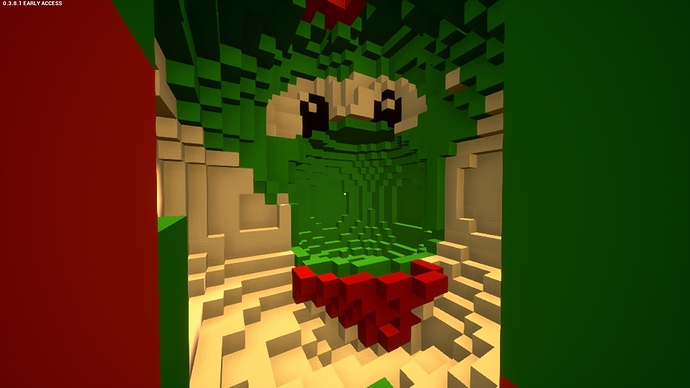 Awesome! Are you giving tours to the bowels of yoshi’s insides?

GODDAMMIT ASHGE, You told It was named Yosho! D:
i thought you were on my side…

(btw i came up with that name

)
EDIT: he named it yosho. thank you senpai~

What’s your fps there? I think i’d have a really laggy time if i’d visit your condo.

Me: I made some pixel art in my Smooth Dirt.
AshGe: Hold my beer.

okay lol seriously thank you for naming it yosho, just for me <3 xD

Yoshi is my favorite character from Mario bros

Btw, he got fed up of the flat lands, and decided to migrate in a more urban area.

He now resides over my Highrise appartment. 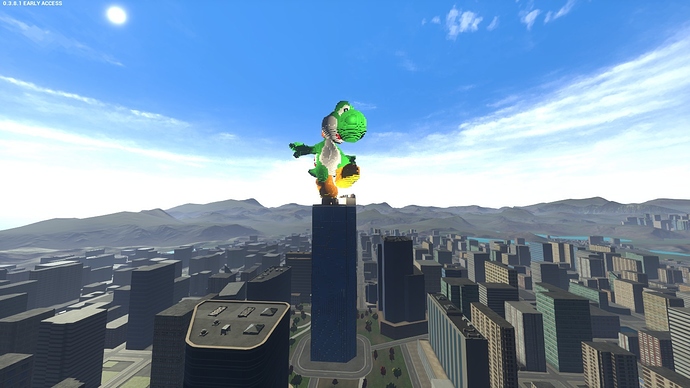 How long did it take to redo it in Highrise?

I copied/pasted the “CondoData” file from Smooth Dirt to Highrise.

Coincidentally, the statue is away from the map origin just enough so that it touches the roof just right without clipping anywhere.

I never knew it was possible to do that