It was shown in a Twitch archives stream, but i have not seen anybody with it, or anybody saying about it. Is it in the game but due to its rareity nobody is getting it or you guys have not added it till yet?

it’s the rarest item in the game currently, which is why you never see people with it

So it is there?

There are a few people on the forums who have gotten one:

Aug 18 i opened 1080 silver catsacks and ended up getting 2 cosmic catsacks. Sadly i had to spend almost all my money for it. [image]

Well, it’s all just RNG in the end; You could get one on the first try!
It’s an infinitesimally small chance, but it’s there.

I opened a few mil worth of silvers and got one. Opened countless after that and haven’t seen another. With the bowling changes income isn’t as consistent so I backed off. Sorry I don’t have a better screenshot on hand. 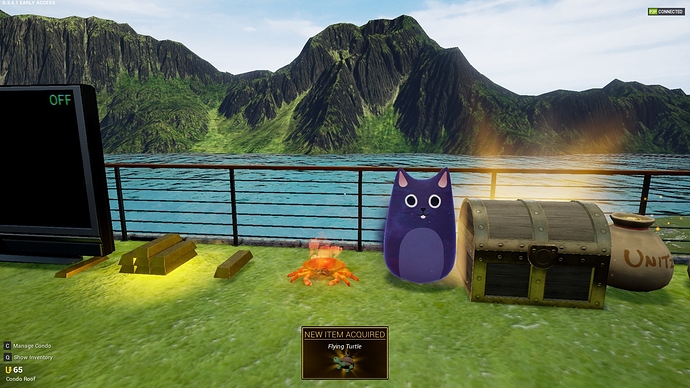 They’re pretty uncommon but a good handful of players have them. I’ve seen three or four cosmics, but only one party crab. I’d farm more silver catsacks, but I’m hesitant because I feel either the cosmic’s drop rate will change or their future acquisition methods will be more affordable/reliable.

I’m perfectly happy with how rare they are now, but getting duplicates of the same item from a cosmic catsack would make me immortally bummed.

Changed the topic title so it can be a question.

getting duplicates of the same item from a cosmic catsack would make me immortally bummed.

This has been a huge worry of mine as well. I’ve thought of a possible solution, though I’m open to hearing criticism about it.

What if, since the cosmic catsack is the rarest of all, why not let people choose the final reward from it? Hear me out. This way, you can get a dupe of a particular item if you want it, but collecting every cosmic catsack item is still possible (and much more feasible) since you can control what you get. Obtaining a cosmic catsack in the first place already has astronomically low odds; Getting an item you actually want out of a cosmic catsack out of a small group of items would reduce that chance even further. Assuming there’s going to be fewer, but higher rarity items in cosmics, I don’t see it as being much of a problem letting the player choose from a few arbitrary, but rare rewards. What are your thoughts?

Here’s a UI mockup I made in about 15 seconds in MS paint to show what it might look like when you trigger the prompt to open it.

It’s a good concept, but before I can agree or disagree, I think I’ll first need to see what items the cosmic catsack contains, as well as how other ways to obtain catsacks are.

As catsacks are right now, I fully agree. I just don’t know if cosmic catsacks will really feel nearly as rare by the time metal detector, arcade, ocean expansion, fishing, etc. come out.

I think I’ll first need to see what items the cosmic catsack contains, as well as how other ways to obtain catsacks are.

Only one item is confirmed at the moment: the Wowozela. It’s apparently a noisemaker item.

Yeah I know about the Wowozela but it’s also an outlier since that’s the only one that’ll be in stores as well as in cosmic catsacks.

Its confirmed it will also be in stores? I didn’t know that.

Many don’t get a cosmic after opening more than 1,000 silver catsacks, which is already worth 10 million units.

They need to revise some ideas behind these conecepts.

Cosmic Catsack will let you choose what item you want from it.

Honestly, I too hate RNG-based rewards. You might get what you want in five minutes, or fifty years. And you can’t predict it in any way.

Still, can’t blame the devs for including cat-themed lootboxes. A lot of people find them fun, but I wish there was some sort of a duplicate trade-in system.

Cosmic Catsack will let you choose what item you want from it.

This is awesome news, makes me want to start grinding for another now!