Cool tricks with ladders, and how condo ladders work

Messed around with the condo ladders for a bit (non-instant climb), and found out a few tricks that might be useful for aspiring condo builders.

The ladder is surrounded with a “ladder volume” that is active whenever the player is present in it. Inside the volume, movement is as follows:

W and S: move up/down on the Z axis, not affected by player camera direction
A and D: move left/right relative to player direction

You can’t dismount normally without going left/right off the ladder, or getting to the top. Getting to the bottom of the ladder will not automatically dismount you (e.g. if the ladder is on the ground) unless you go low enough to exit the ladder volume. However, since sideways movement is based on player direction, you can turn 90 degrees and press A or D to dismount (a bit unintuitive).

The orientation of the ladder doesn’t matter, as movement is based on the presence inside the ladder volume. You can climb the front or back of a ladder, or an upside-down ladder, or a sideways ladder.

Tricks (that I’ve found so far):

Ledges: By using a long ladder volume (either a short and wide ladder, or a sideways ladder), you can create ledges that players can hang on to. Players can jump go grab on to them, climb up to get on top of them, or move side to side. Side-to-side movement is a bit iffy though, since it’s based on player view angle, so players may accidentally dismount. It’s recommended to tilt your camera the opposite direction of your movement (face slightly left when moving right, face slightly right when moving left). 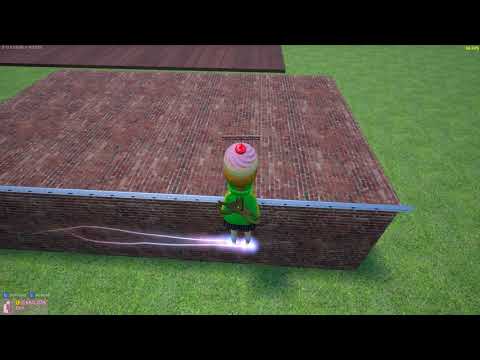 Smoother ladders: If you’re using a ladder in a weird orientation, you may have issues with your player character getting stuck between the rungs (since W makes you go upwards on the Z axis, pushing your character up). In such a case, you can stick a surface parallel to the ladder, between the side of the ladder and the rungs, so you can no longer get stuck between the rungs. (Footage shown later) You can also just use the side of a ladder without adding a surface, if you don’t mind the aesthetics.

.
Ziplines: By using an upside-down ladder, you can allow players to move along ceilings. Using smoother ladders is highly recommended in this case.

Straight ziplines: Ladders that are completely horizontal. W does nothing, A and D let you move back and forth (if facing sideways), S dismounts.

Tilted ziplines: Ladders tilted in one direction. W moves players up the zipline slope, A and D let you move down the slope (if facing sideways), opposite A/D or S dismounts. The amount of tilt doesn’t matter (so you can have a mostly vertical ladder that tilts back, for example). 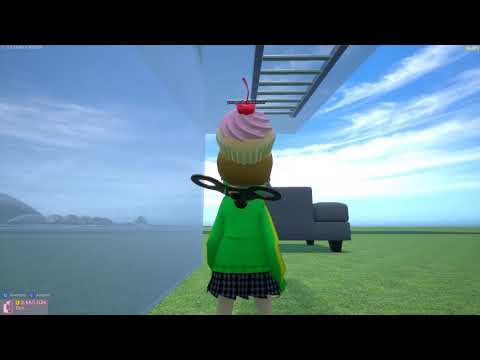 “Zero-gravity” zone: since ladder volumes are the only things affecting movement, you can scale up a ladder to massive sizes to fill up a space with the ladder volume. Not sure why you’d do this, but I guess there might be a use for it? 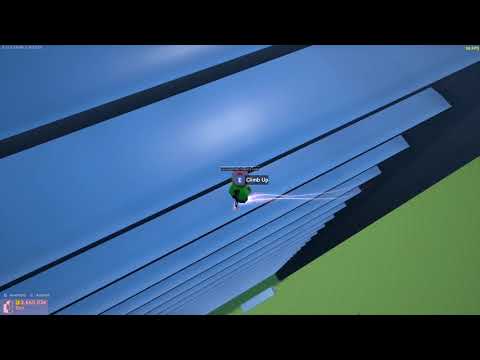 Dumb stuff I tried that didn’t result in anything impressive.

Horizontal ladders, but on the ground: You can move side-to-side fine. Pressing W makes you hop up, move forward in the air, then hop up again. Pressing S gets you stuck between the rungs.

I’m a big fan of the Zipline idea, gives a lot of opportunities for some foresty condos. Nice.

(also what event is that “backpack” from i need it)