A place where Theres Tables, where people sit. and then there will be a system, that you can press a button to be on a stage and then, you can talk in your mic, and, well…impress others, take this as an example 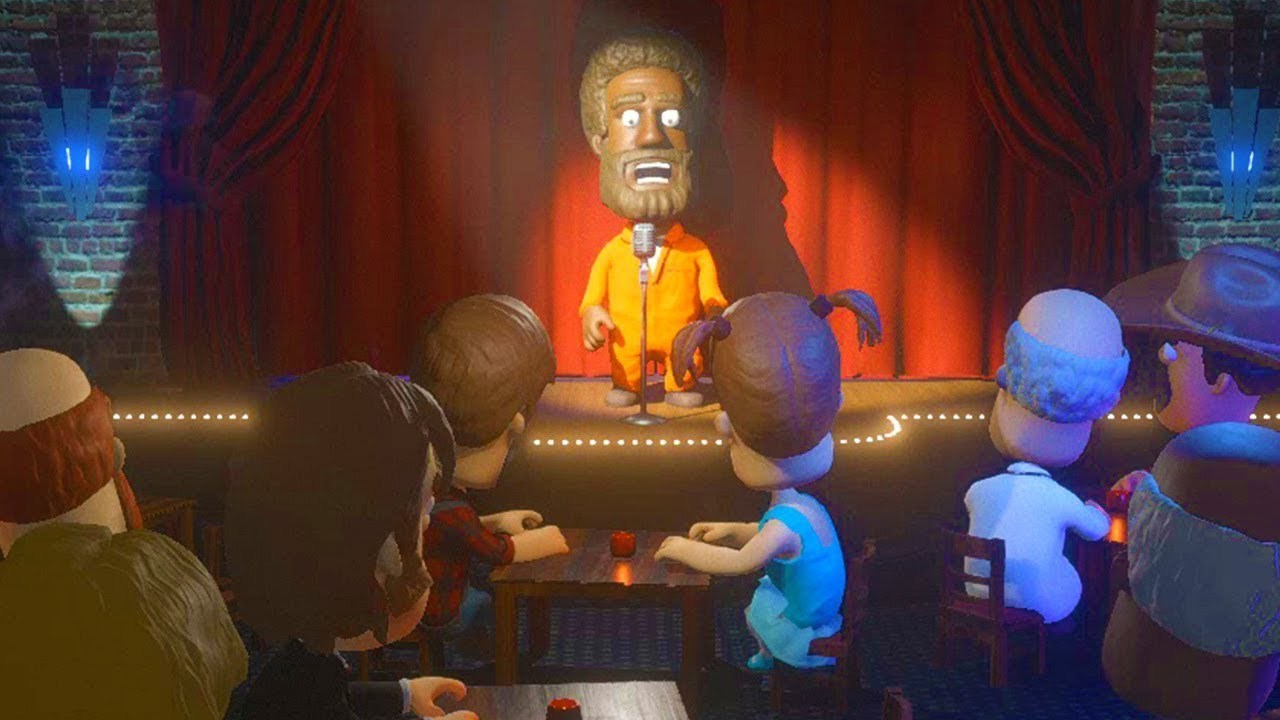 maxresdefault (1).jpg1280×720 124 KB
this would make a good thing for the plaza, it will probably get more people together and yeah.
it could also be cool if there were Clapping or boo-ing emotes!

and yes, this is almost the same as comedy night, but COME ON! who woulden like this in the game?

Hmm maybe we can stick with condo comedy buildings…

ye like the bone zone, this thread is quite inspiring for such player-hosted events
(someone go do this pleeeeaaase)

Seems kinda pointless to me. Why use plaza space up for something that can be easily built in condos, probably with even better results?

it’s because i never see stuff like that in condos, and if they make it so you can’t go on stage they wouldent ruin it

I mean, if people don’t do live perfomances in condos, adding a spot dedicated to it to the plaza wouldn’t change that.
Also, I’m pretty sure you can surround your condo stage with invisible walls (100% see-through canvases) to stop people from going on it.

but the thing i talked about, was that nobody could not get out of the chair, and it will change the person on the stage insted!

nobody could not get out of the chair

If what you mean is that the “participants” wouldn’t be able to leave their seats, you didn’t mention that in the original post.
If you’re trying to say people would be free to leave at any time, well, then my previous argument stands (condo vs a plaza location)

I’d be happy with something like this in the Plaza. If you just did it in your own condo, who knows if you’d get any traffic to come check it out. If you have it in the Plaza somewhere, you’re much more likely to get passer-bys.

I wouldn’t mind something like this, but it doesn’t deserve its own building. Having it worked into any of the chill spots in the plaza would be better.

Whats stopping anybody to just do it for funsies? Like @M2TheT said, There is no need to have its own place.

If you are funny enough, you will get a big audience pilled up around you.

jesus, im not good at explaining, but thanks man!

If people don’t want to do it in condos, they’re not going to spontaneously want to do it in the plaza (especially without any incentives, and I don’t see a good way to go about rewarding this). I just don’t see something like this gaining nearly any attention besides a little at launch; it feels like something that wouldn’t be bad to have, but the time spent developing this could easily be spent on a more noteworthy feature.

Besides, there’s nothing stopping people from turning some plaza location like the beach house into an impromptu comedy house.

i think people don’t want to do it is because

but yeah, i can agree with you

but also, i can see why you don’t really agree, it’s just because i want the game to be good with friends, and this suggestion is no exception!

1-2. sorry pal those are just baseless statements, why would people not want to join the comedy club condo? things like bone zone worked pretty well for what it was, and it doesn’t make sense how making it a dedicated area in the plaza would fix any of these problems you’ve mentioned.
it’ll actually make it worse since every server will have a comedy club, then anyone interested is thinned out between all of them, rather than something like one dedicated condo

three. i suppose so… but the worst thing you can do to ruin the comedy club is micspam, which is solved fairly easily with a ban or kick or mute or something

why would people not want to join the comedy club condo? things like bone zone worked pretty well for what it was,

it’s just that bone zone was a one time thing LIMITED, the plaza building would be all time.

yeah, more people will show up consistently if its a limited time event that’s properly announced and planned ahead of time rather than a constant building in the plaza that relies on people randomly showing up, it’d work in the future if we had a bigger overall constant population, but right now it’d be deserted most of the time

it just works better as a condo