Buff the Super/Ultra Rare spaces on Spin to Win

Most of the super rare and ultra rare spaces on Spin to Win feel very underwhelming for what they are and how rare they are.

I mostly would just like if these spaces were replaced with things that are rarer to get, or maybe new items exclusive to Spin to Win.

If you take a look at this week’s devlog, one of the new rare prizes is literally a new condo, so they definitely seem to be making things better.

I do believe you can’t put everything on the wheel as something valuable, unique or rare. You do need a fair share of low quality items to offset the things people do want.
I do agree that some like the laser projecter or grand piano could be replaced; maybe even replace one with a “5 random event coins” but there does need to be some pretty meh items on the wheel to stay. As the second one is more expensive per spin versus the original that is cheaper.

As for random pets, I do wish the pool for random pets opened up to orbiting pets as well. And that perhaps including the seasonal pets in the roll for what pet you do get. That way; while the chances are slim, you could still technically earn seasonal pets / coins from Spin2Win. Ofc at a possibly great loss of units from many attempts.

Wait…did they say this somewhere? I was under the impression they were replacing the old spin to win with a new one.

In the latest dev log you can see that the new wheel is going to be on the space side of the s2w room, and the old one is on the desert side: 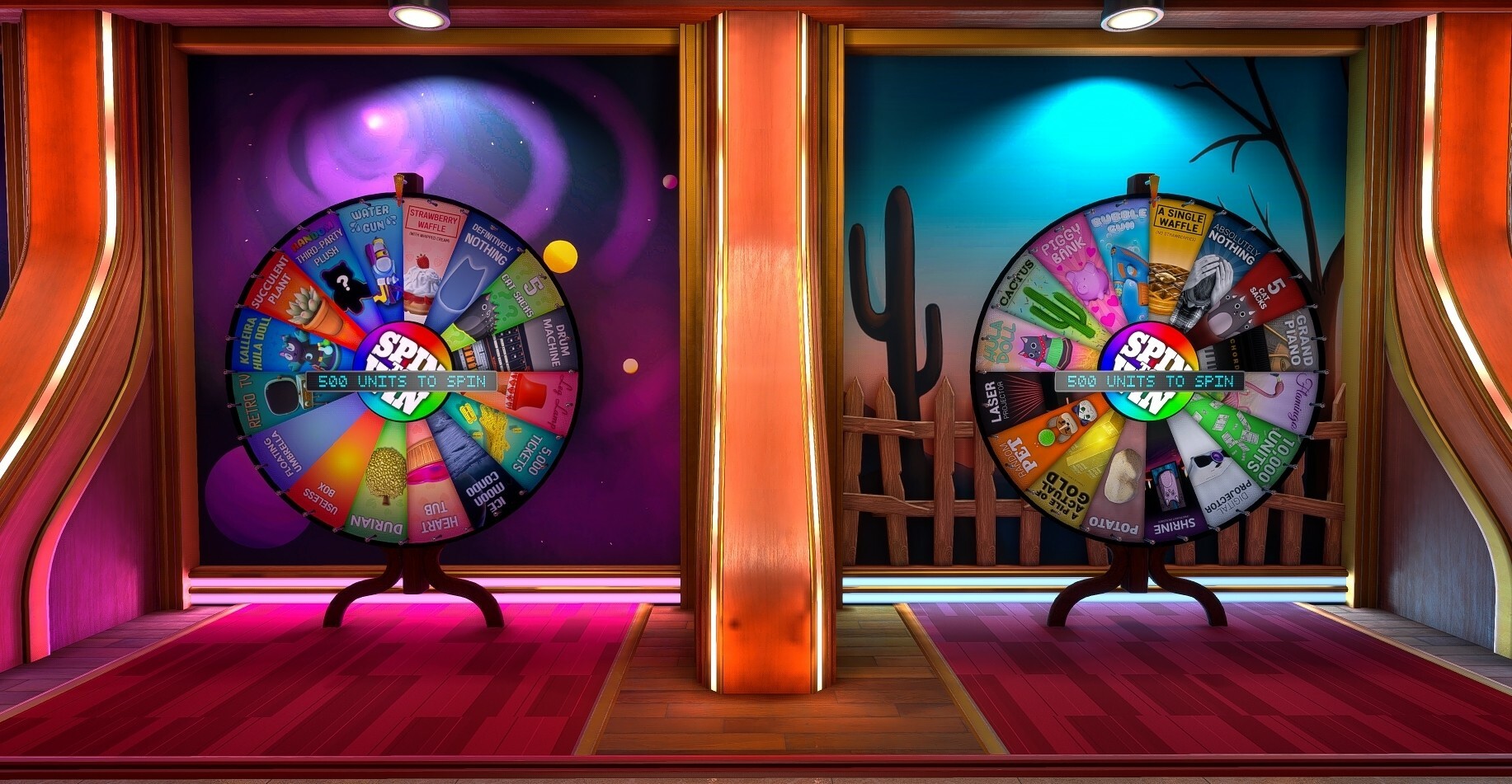 the outcome “absolutely nothing” should be dropped by chance, because more than half of the time you aren’t winning anything more than hula doll or potato.

since we’re talking about the wheel, the nothing spin achievement is broken, so hopefully that will be fixed with the changes.

I’d also like to see an autosell option so i don’t have to keep dumping potatoes, dolls, and other “junk” rewards