My tenth (and most popular) album “Cyber.Asylum”

Hello everyone! I’ve been obsessed with music as long as I can remember. Black Malachite has been my passion project (a massive drain on my wallet for sure, but worth every penny), and my absolute focus since 2016. I wanted to share a bit about it with you all.

Background: I’ve been making music since I was 16 years old (I’m 26, almost 27 now). I started almost exclusively as a harsh vocalist (screams), but have since branched out into many different genres. I learned how to generate all my music on the computer using VSTs, since severe brain trauma unfortunately keeps me from being able to learn instruments physically. I’ve had many projects before Black Malachite, but this one is what I’ve been doing consistently the longest (three and a half years) and I’m so proud of it.

Genres: I make music of all genres; with my top five that I love to work on being Classical, Ambient, Atmospheric Metal, Chilldub, and Post-Rock. I also like to dabble in genres such as Metalcore, Industrial, Rap, Techno, Drum n’ Bass, and Hardstyle. Most of my music is instrumental, even though I am a vocalist (I’m a harsh vocalist [screams]).

Discography: I’ve released 15 albums (16th to be released in about two weeks), 18 EPs, two compilations, and a remaster of my debut album. I’ve also released several standalone singles, and remixes. I utilize a variety of different genres on my releases. My first, third, seventh, eleventh, and thirteenth albums are an eclectic mix of many different genres. My second album ‘Void’ was a mix of various styles of ambient. My fourth album ‘Nightfall’ was a blend of Post-Rock, Country, and Chilldub. My fifth album ‘We All Come To An End’ is a concept story album, mixing a blend of Alternative Rock, Classical, and Post-Hardcore together. ‘Motion’ my sixth album (considered my best release), is entirely Chillwave / Chilldub / Ambient, and focuses entirely on vibes. My eighth album ‘Reaper Roots’ is an entirely classical release with tiny bits of ambient here and there. ‘Of Shadow and Blood’, my ninth album is also a Chillwave / Chilldub / Ambient album like ‘Motion’ was, however it’s a lot more aggressive than before. ‘Cyber.Asylum’ is a mish-mash of synthwave, ambient, and various forms of techno. ‘Oblivion of Reality: The Story of the Lost Girl’ is a completely classical / orchestral album. ‘As We Roam Amongst the Stars’ is a completely ambient and classical album with some experimentation thrown in there. My 15th album ‘Emo Vibes Only’ is a blend of Lo-Fi, Chillwave, and Synthwave with bits of Classical and Ambient thrown in!

Influences: The first producer I ever really looked to for influence in creating my own music was Klayton of ‘Celldweller’, which is an industrial project he’s had going since the early 2000s. I consider him to be one of my greatest influences, along with other composers such as Olafur Arnalds. My influences are a bit weird considering most of the time I listen to metalcore / other metal related music, and bar a few songs that doesn’t translate that much into my music bar my writing style. Particular tracks from a variety of video game OSTs have also been a huge influence for me, everything from Pokemon Platinum’s wonderful immersive roaming tracks, to Halo 3 ODST’s piano backdrops, to Need for Speed 3 Hot Pursuit’s nostalgic techno.

Requests / Other Info: If you have a cool project of some kind (you’re designing a video game / mod / whatever), I’m always open to collaboration! I don’t take requests for individual non-project material (it takes me long enough as is to make music) though, however if a bunch of people do want me to make a particular remix of some kind I’ll usually look into it and see if it’s appealing. If you want to use any of my music for your Youtube Channel, that’s totally fine as long as I’m credited somewhere (description, in the video, any of that, doesn’t matter to me). All of my music is up on Youtube, Spotify, Tidal, Itunes, all of that stuff. (I’m also always open to helping Smogon with any Youtube / other projects).

What I’m Doing Now: I just put up pre-orders for my newest album ‘The Rain: It Never Ends’

Let me know if any of you have any questions! I hope you all enjoy my music!

Spotify: (Only 10 out of my 15 albums are currently on Spotify) 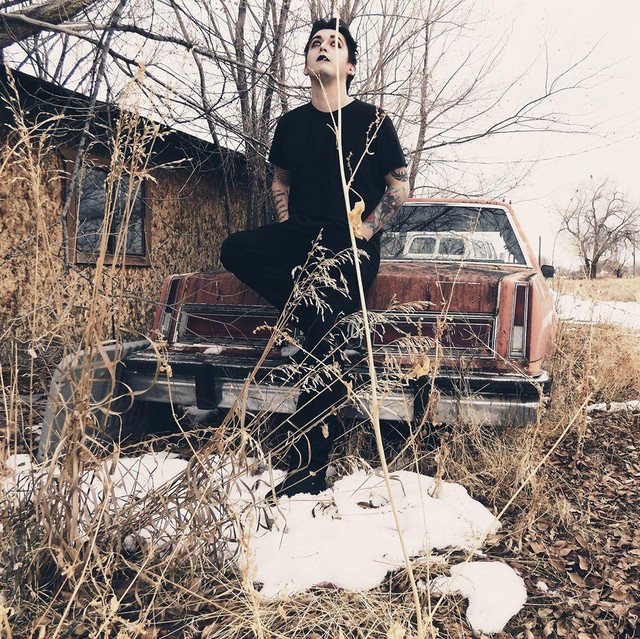