Post your suggestions for potential machines/games, as well as other things or changes that you would want to see in the arcade here!

Plastic harmonica prize that you can play like 3 notes on.

All this stuff should cost like 100,000 tickets or something stupidly high because realism.

Made a post for this already but,
So, I’d like to suggest a ball drop game for the arcade.
If you don’t know what a ball drop game is, here’s how it works.
There’s a rotating circular platform with a bunch of holes in it.
Above this platform, is a tube with a ball in it, when you click the button, the ball is pushed down the tube and either into a hole or onto the platform to role into a hole. The harder ones to get in with barriers are worth more tickets/points. The easier ones have no barriers.
A picture: 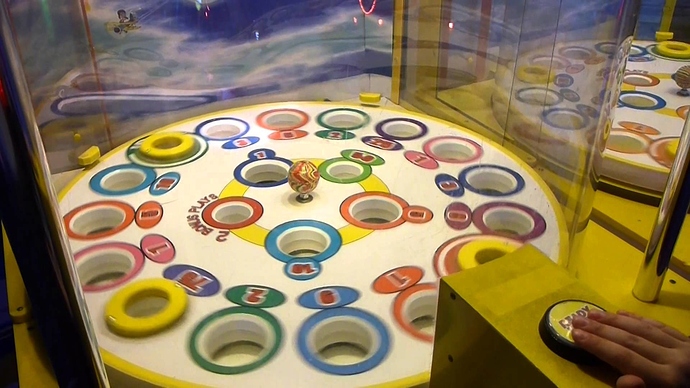 A ball drop machine sounds like a networking nightmare, but if they can get a wheel of money to work 99 percent of the time then it’s definitely possible.

I’d like to see one of those racing cabinets, where you have the steering wheel and you race and all
It’s hard to explain something so straightforwardly simple, and you already know what I’m talking about so whatever

I remember winning the jackpot in one of those ball drop games and I got a crazy amount of tickets.

Yes!! I would love a 2 person racing cabinet

Also some kind of Time Crisis-like stand up shooting game

A claw machine, a pinball table and pachinko/plinko 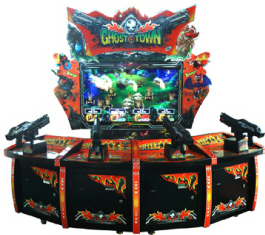 Could be played using the arrows keys 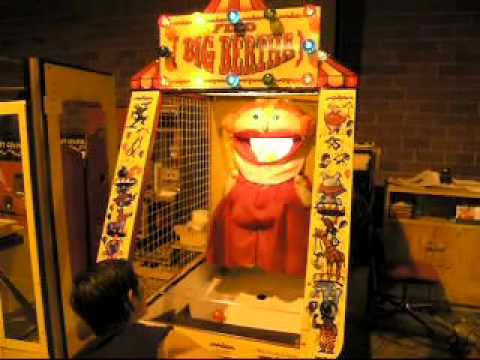 You could add a retro Pong arcade machine that we could play with our friends. I would assume it’d be very easy to code!

A drone. Like, REALLY expensive redeemable prize, in a big fancy looking box behind the counter. Similar to the helicopter, you can fly it around (but with movement closer to how a drone flies) and take pictures using it. It makes fun drone noises but if you run it into something it stops itself and falls out of the sky (temporary inhibition; no lasting damage).
Not sure if individual arcade items should have achievements or not, but here are some ideas:
Eye in the Sky - Take 5 pictures using the drone.
Public Disturbance - Run into someone using the drone (it was an accident, alright!)
Certified Pilot - Fly using the drone for 1 hour.
(Saw the dev log and wanted to put this idea out there, sorry for the necro)

Ticket reward ideas:
Whoopie cushion (with interaction… I will be displeased if this doesn’t happen)
Any form of candy
glow in the dark wristband
A Slinky
One of those Plasma ball stuff
Maybe throw in the lava lamp in there, even if we already have it, most arcades sell lava lamps

other ideas
Maybe a photobooth if possible

Maybe a stack/roll of tickets to place in your condo

Here’s a couple ideas for games too:

I’m pretty sure both of these are currently confirmed, other stuff sounds cool though