An option to turn off the coin effect

I know that the coin effect was recently added, but i feel like there should be an option to turn it off. I’m not trying to be picky, annoying, ungrateful, etc. But it really hurts my eyes and going at 45FPS constantly, the coins go into casino machines really fast. You guys don’t have to add this, but i would be grateful if you did.

I like the coin effects… but the more toggles the better!

but the more toggles the better!

I can’t agree more with you. I think we should make the ability to walk togglable too!

But sarcasm aside, allowing us to toggle the coin effect is a necessary thing, because we can’t expect everyone to be happy with it.

Yeah a toggle seems fine I imagine the game would get pretty laggy for people in the casino due to coin effects.

I think the effect itself needs a lot of improvement too. The coins are too big and not very lustrous. It looks like a stream of junk flying across my screen when I play Double or Nothing. I also hate how they all flow into something all facing the same direction and also never really funnel into each other at a single point. GMTs effect was much better. 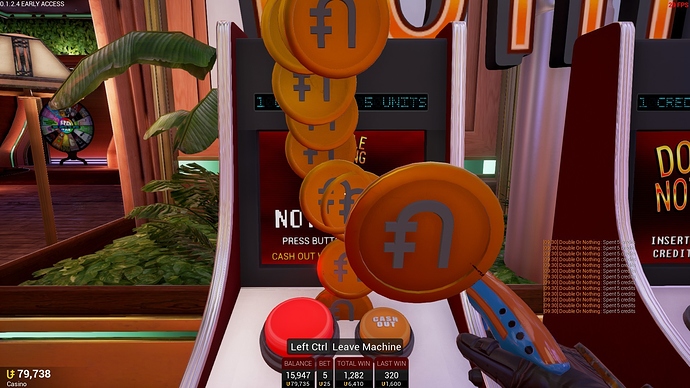 I noticed how they are going almost in a single, perfect line, instead of being spread around. Feex pls