Along with tv's... Projectors?

this seems pretty funky… Nice and sizeable screen, but with a slightly bleached look like a normal projector would (or not). Oh… And the light from the projector casts on the player and have the option to have different models. Also, it should be ceiling mounted. Any thoughts?

This is a great idea. It would be cool to adjust it so that for instance you could project onto a wall or something rather than use a TV which takes up more space.

Changing the size of the projected image would also be a cool thing to add.

Actually, this would be a great idea. It would certainly be great if you want bigger-than-bigscreen YouTube, and that would definitely benefit parties. Whether it’s ceiling mounted or not should be left up to the player, but it should definitely re-orient the screen to be “upright” by default (maybe add an option to adjust this stuff? You never know when someone might make an upside-down theatre…). Just brace yourselves for the shadow puppets.

This sounds rad. I definitely see a use for this

We would be able to make own cinema :>. Great idea.

This interests me as well,

Sorry about the bump, but I believe this may be confirmed. 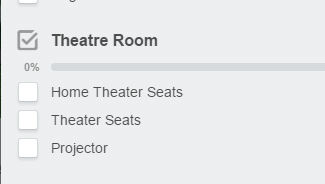 Under Furniture on the art Trello.