Add Pinball machines to the arcade

it seems like a great idea. add some pinball machines to the arcade hall

Oh yes, i’m definitely for this!
Been ages i didn’t played one, and i was good with it.

on the off chance that this hasn’t been suggested, pinball would be a natural and wonderful addition to the arcade, maybe even a pinball room stylized like the arcades of old (early 20th century)

We have talked about this internally. It is something we’d love to try to do!

I wish I would of took the time to look though some of the topics. I just made a suggestion of the same thing. I fully support this idea. Glad to see someone was a step a head of me.

Looks like you got your wish granted, as pinball is now planned for the Arcade Phase 3 update!

Now that pinball is planned I thought I’d bump this post.

I made this 3D model for a potential arcade pinball machine. This one is based off Ball Race. Notice how it features aspects from some of the Ball Race maps such as the star rings from Event Horizon.

The pinball parts also have basics colors because this is just a concept. 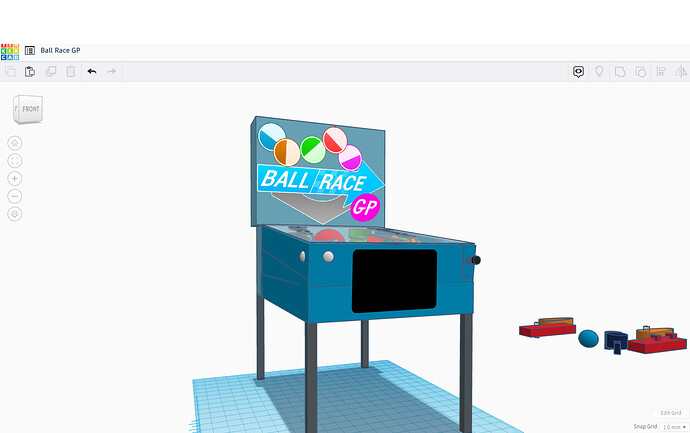 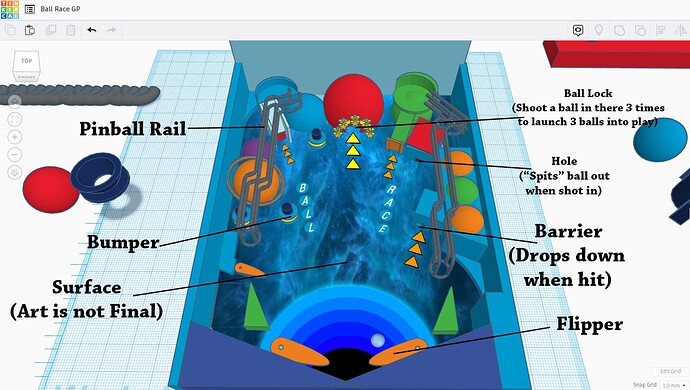