Add a Pachinko machine to the Arcade

It would look great to see a Pachinko machine being created for the arcade!

i think putting into casino would be more appropriate, unless 1 token = 2 balls, you get back 5+ tickets per ball. Pachinko (パチンコ) is a type of mechanical game originating in Japan and is used as both a form of recreational arcade game and much more frequently as a gambling device, filling a Japanese gambling niche comparable to that of the slot machine in Western gaming. Pachinko parlors are widespread in Japan and usually also feature a number of slot machines (called pachislo or pachislots); hence, these venues operate and look similar to casinos. Modern pachinko machines are highly customizable. Gambl...

however, the machine below would be really appropriate to appear in arcade to help spreading retro games: 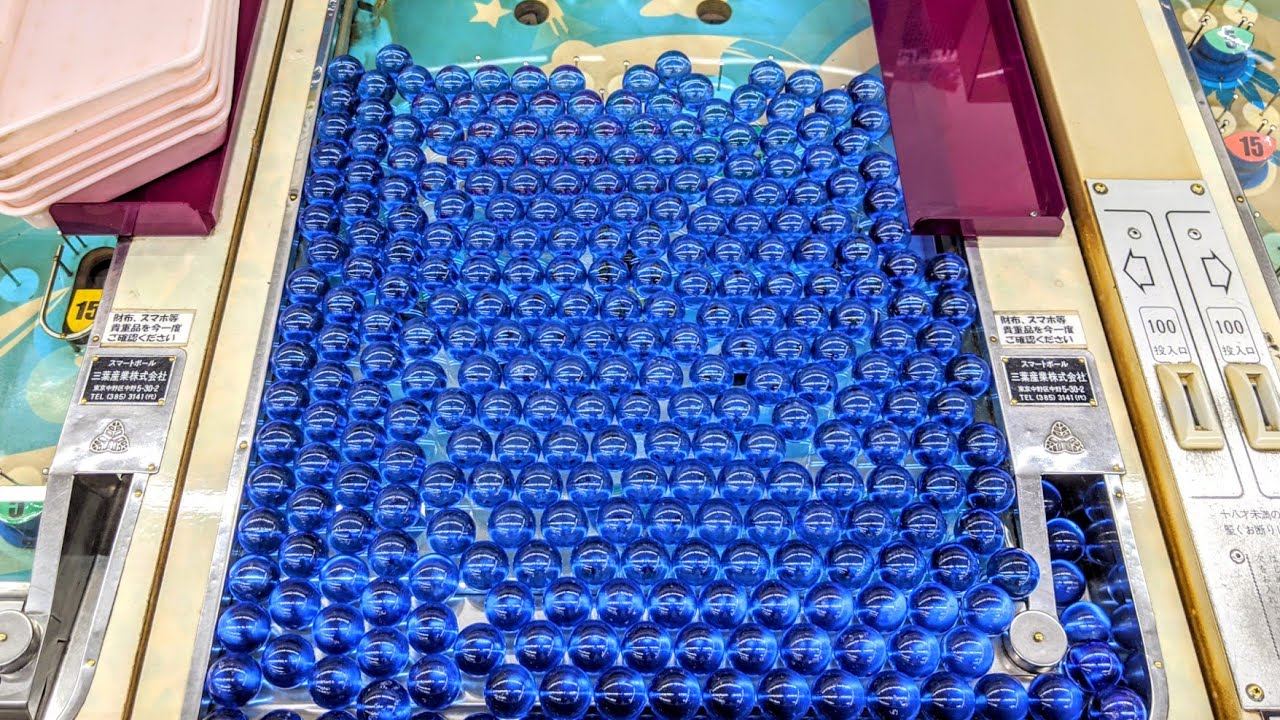 edit: it would be better if you could use tickets to play directly.

this game could be in the upper floor of the Arcade, which is a separated rooms, so the lower floors of arcade will have less lag.

If you’re going to make it, the “ハネモノ(hanemono)” kind is the way to go.


When the ball enters the bottom hole, the top mouth opens and the draw begins by putting the ball into it.
If you are lucky enough to get a “V”, you win the jackpot, and the size of the jackpot is determined from there.

Although it is different from the general pachinko game, it is easy to understand because there is no special action such as “右打ち(migiuti)”.

this would be into casino or higher floor of arcade, has to be separated to prevent lag.