I missed today’s stream. Will it be posted on the YouTube page? I am very interested to watch it, but I noticed you stopped uploading streams and it is not listed in past broadcasts.

There was no stream today due to some complications with the developers. Mac stated on twitch chat that he will be posting an announcement regarding it later.

Gah, sorry for the late update, apparently Mac doesn’t want to post on the forums right now, so I’m doing it for him.

Here’s what happened in a nutshell: 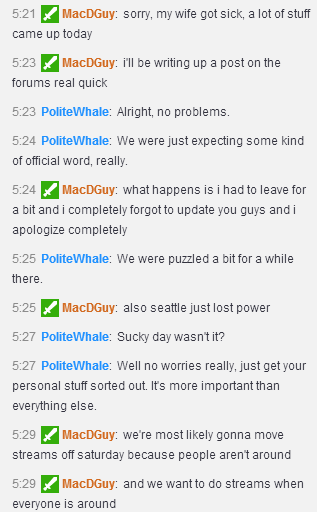 I’ve talked to Mac and he says that weekly streams will PROBABLY (again, PROBABLY) be moved to Fridays (most likely same time), when more developers are around to stream.