Rob gives the community a pep talk about Tower Unite.
“Donate to the indiegogo, or Rob gonna be real angry!” 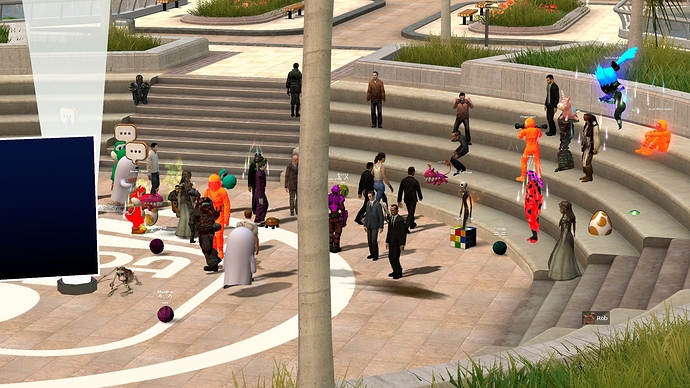 Forming a circle around the main Plaza.
Rob is still rambling on about the benefits of donating. Good on you, Rob. 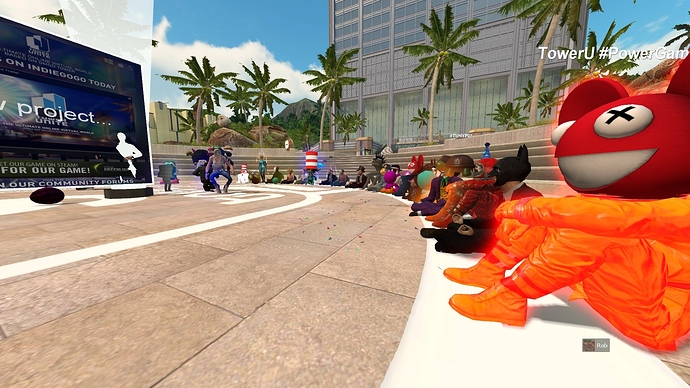 Group photo, possibly one of the largest ever taken, with more than half of the server in it. 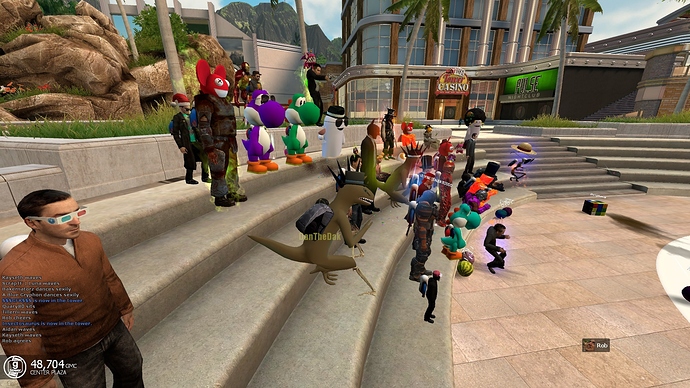 Easily the most people I’ve ever seen in the theater. 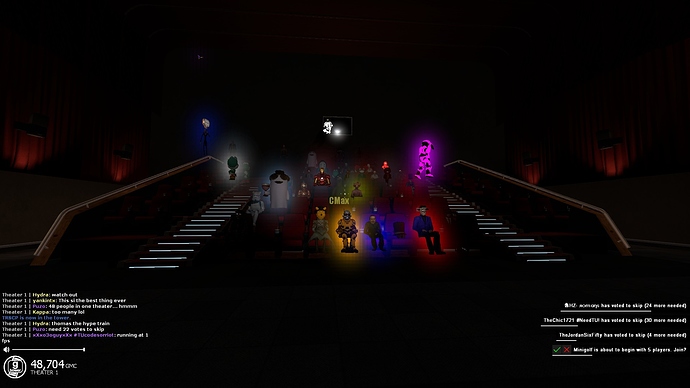 I can see myself in every photo except for the first one! I actually took some more photos of the event from my perspective that you can see here:

BTW, I’m the one wearing the deadmau5 head with the suit and red tie.

it sucks that rob is going to have a different player model in tower unite because of copyright.

Indeed, but until then we should still see his player model in it’s glory. And once it’s gone, it does not mean that his personality that we’ve all grown on will go away.

Like Sunabouzu, maybe Rob will be glorified into Tower