When leaving out the tube, the ball stops and cannot reach the goal to get the hole in one. 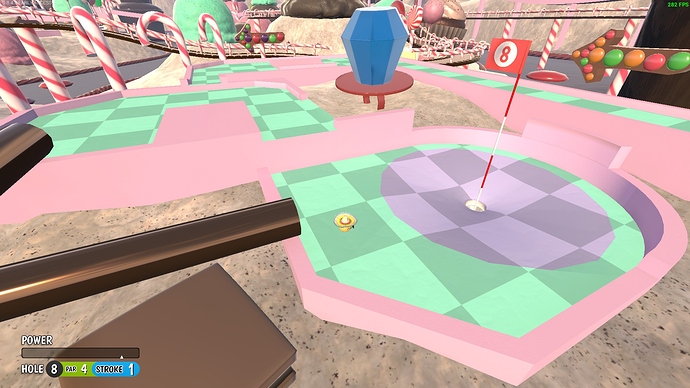 All of Sweet Tooth has needed to be looked over and fixed up for a long time. It is extremely broken.

This happened several times in a row in a single player game. 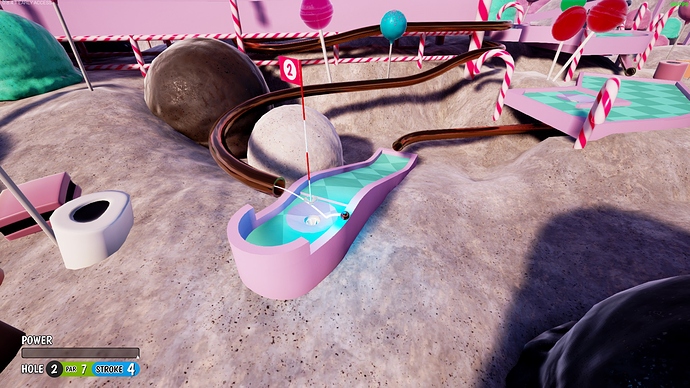 This is always fun. 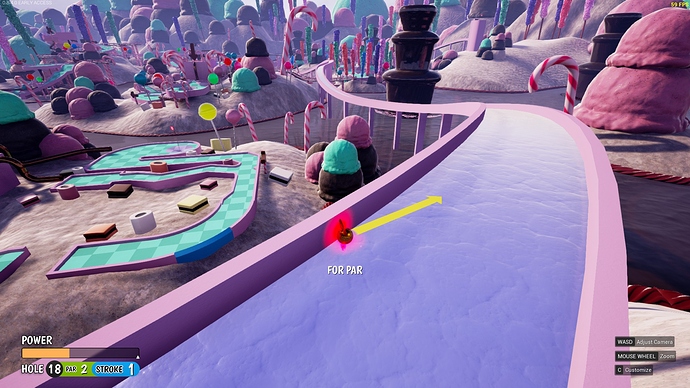 This guy’s ball clipped into the wall, then got dumped off the course when it lowered enough beause of the wedge, and repeatedly spawned there to be dumped off again forever. 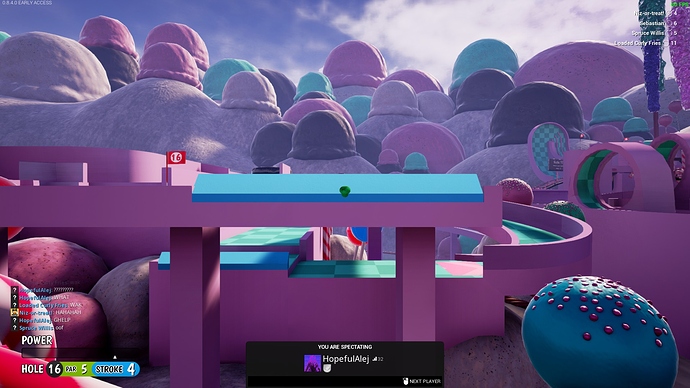 At least I wasn’t alone here. 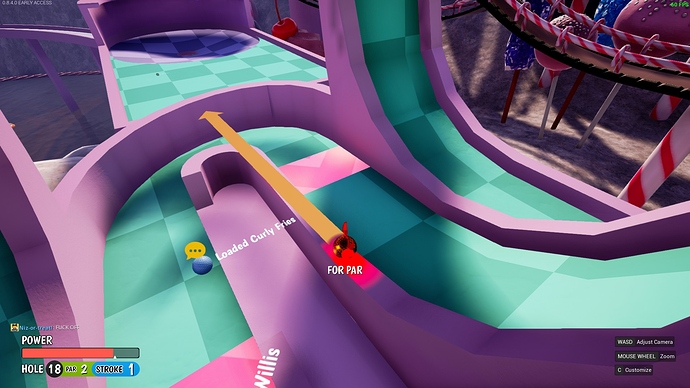 This has been consistently awful for a long time. 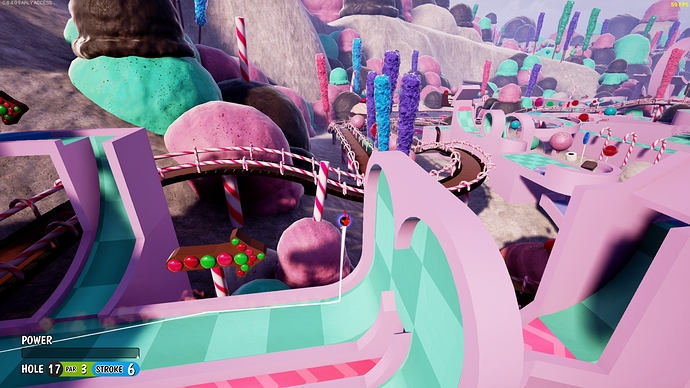 And I’m certain there’s much more.

This happens way too often, the whole map definitely needs a technical rework.

I’ll take a look at all these issues.

AFAIK it all caused because of network issues on server-side, or easy-to-explain = The higher your ping, the more often it may happen, resulting those weird issues like this : 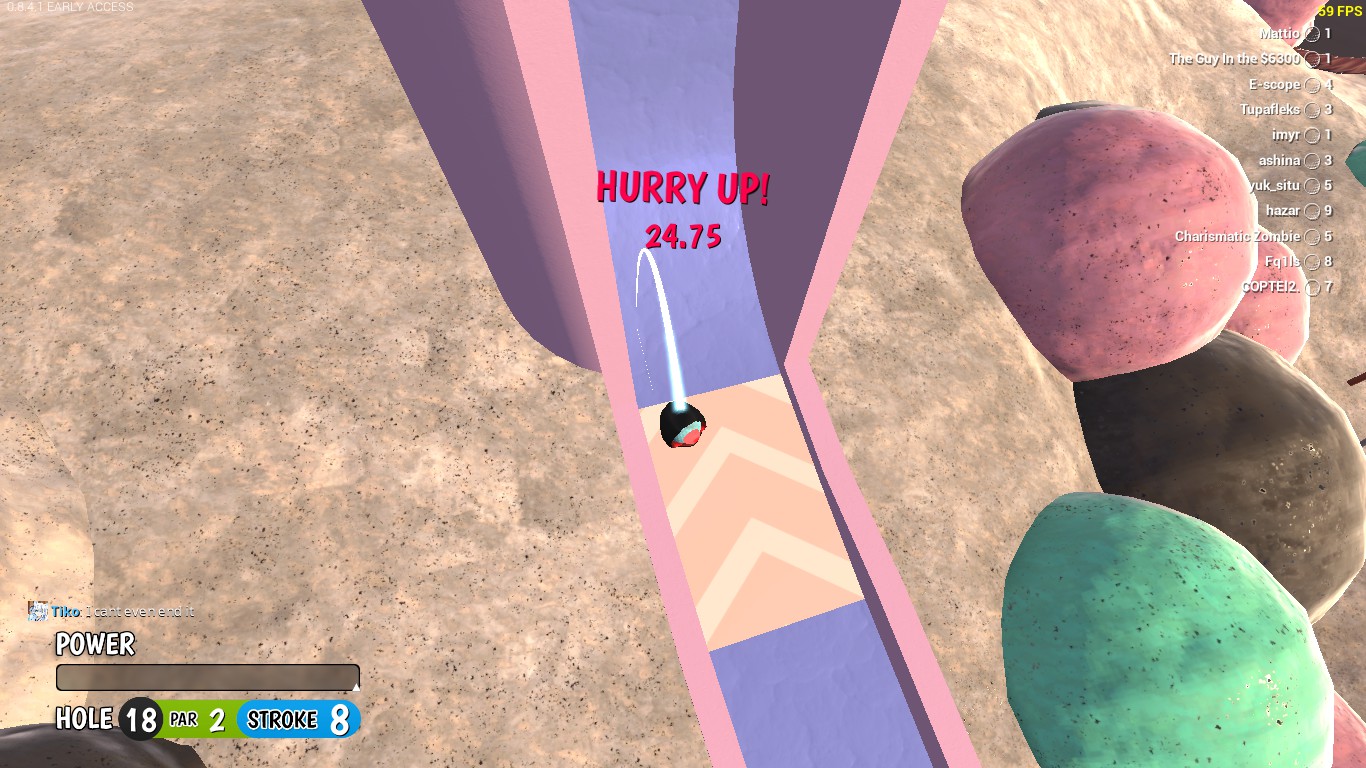 9IiLH8w.jpg1366×768
[First time it bounced so far that counted as out of bounds, second time bounced back to track]

IMO how it actually caused : because of your ping, you have a minor/major time between packets being sended, thus when your ball magically somehow bounced - for server you’re actually hit floor a bit more further inside ground mesh/textures that should be normally visualised, resulting bouncing more higher and being on wall or out of bound, depends. Same issue can be found absolutely in ANY golf map, where HOI can be not succeeded just because server thought that you’re bounced again wall slightly more powerful rather weak bounce into hole.

I think you are right, I have tried to do the HIO 10 (supposedly fixed), and the ball didn’t reach the hole to access to the goal (because the ball lacks power).

Here’s another one then. I can’t remember the last time I gracefully made it all the way up the curve here. Loses too much speed by randomly clipping off the wall. 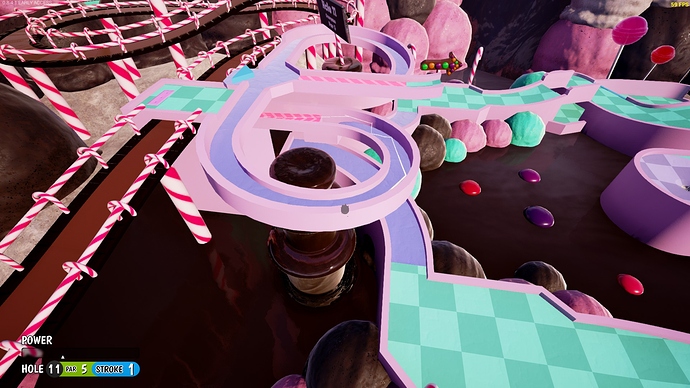