By using the copycat and selecting a wall then pasting the walls properties onto a canvas.
The URL of the canvas and the glow value of the canvas will be reset.
When a canvas is affected by this the image will still appear, but apon reload the image will be lost and removed, as will the glow effect.
Canvas Settings (and appearance before) 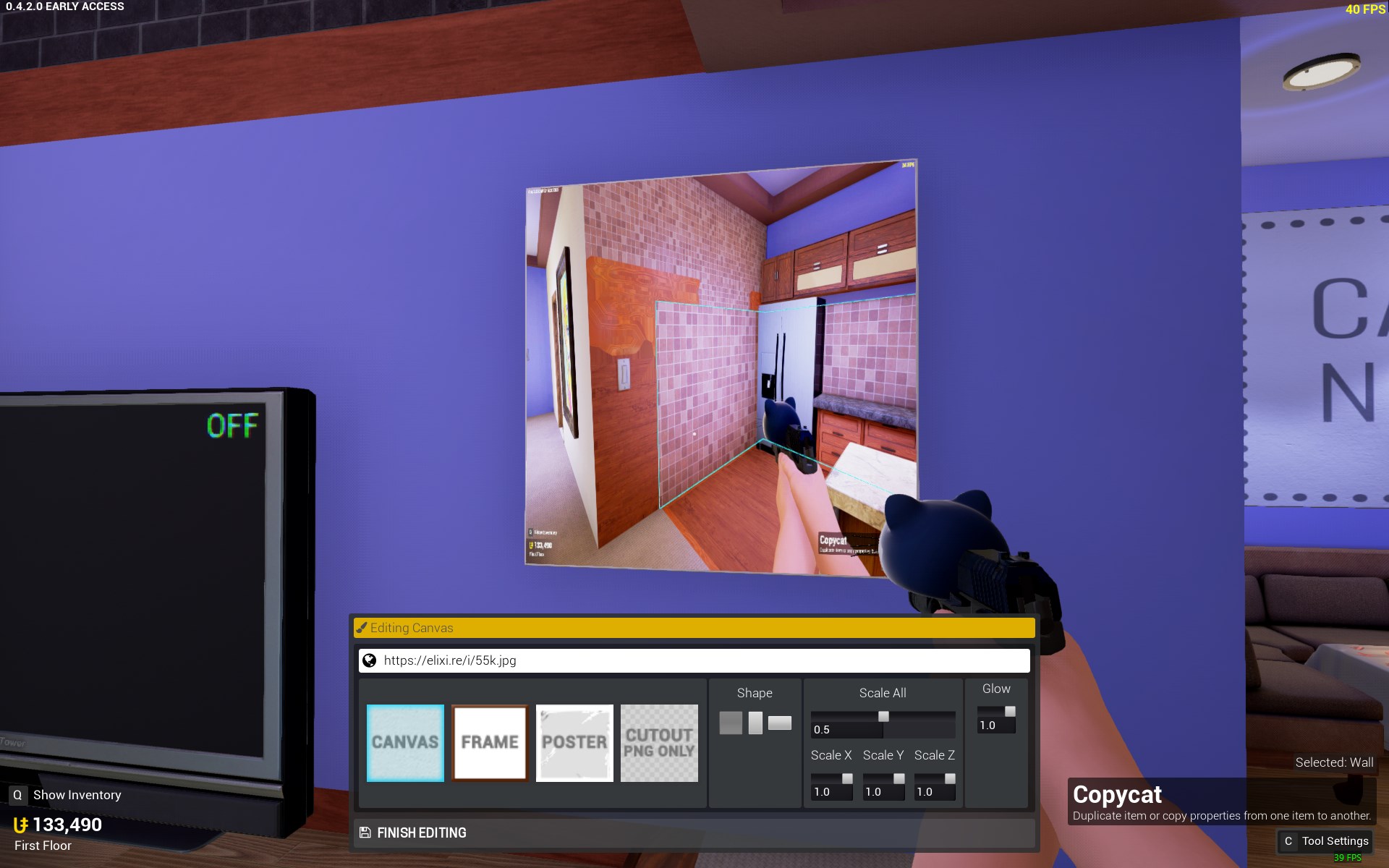 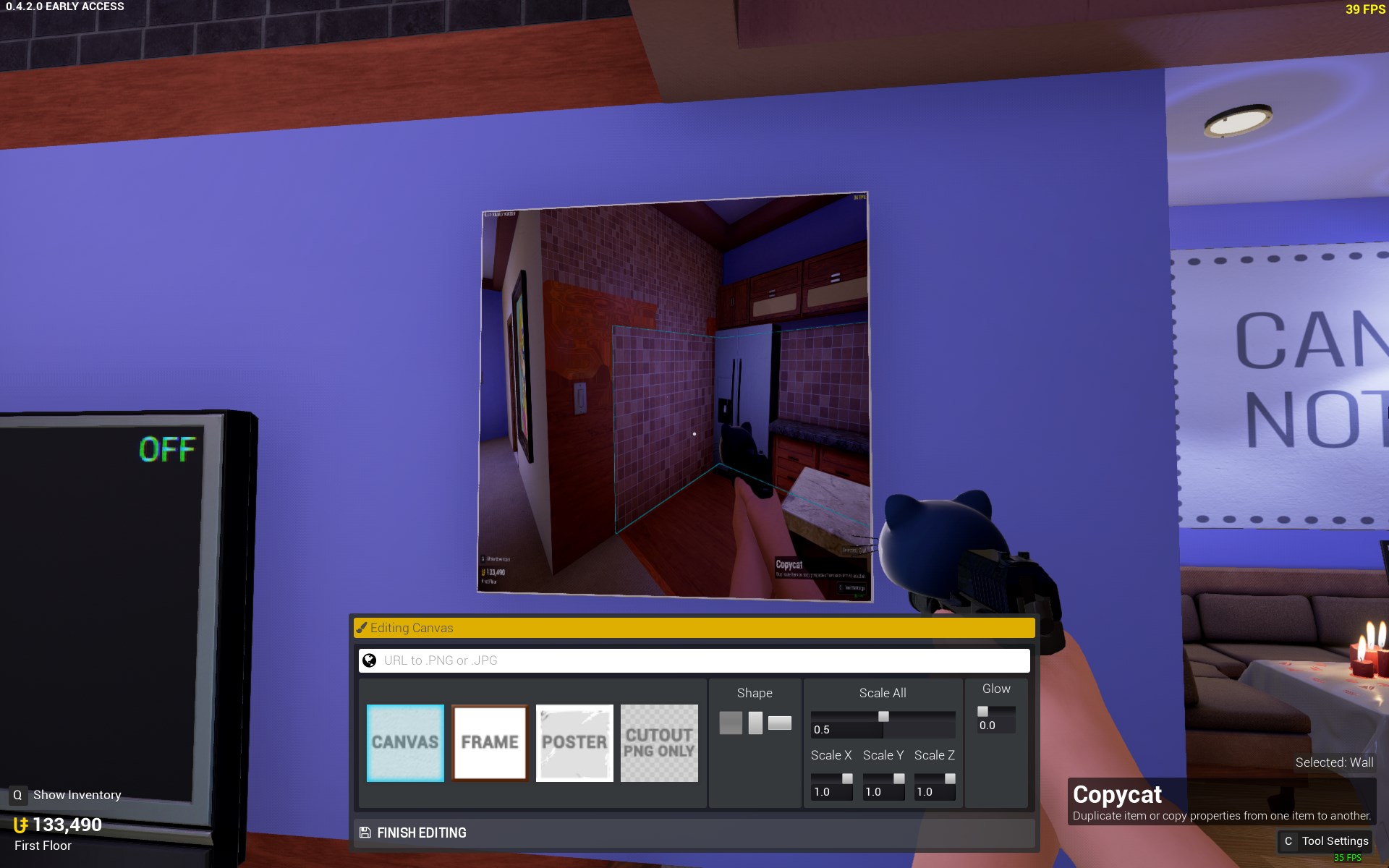 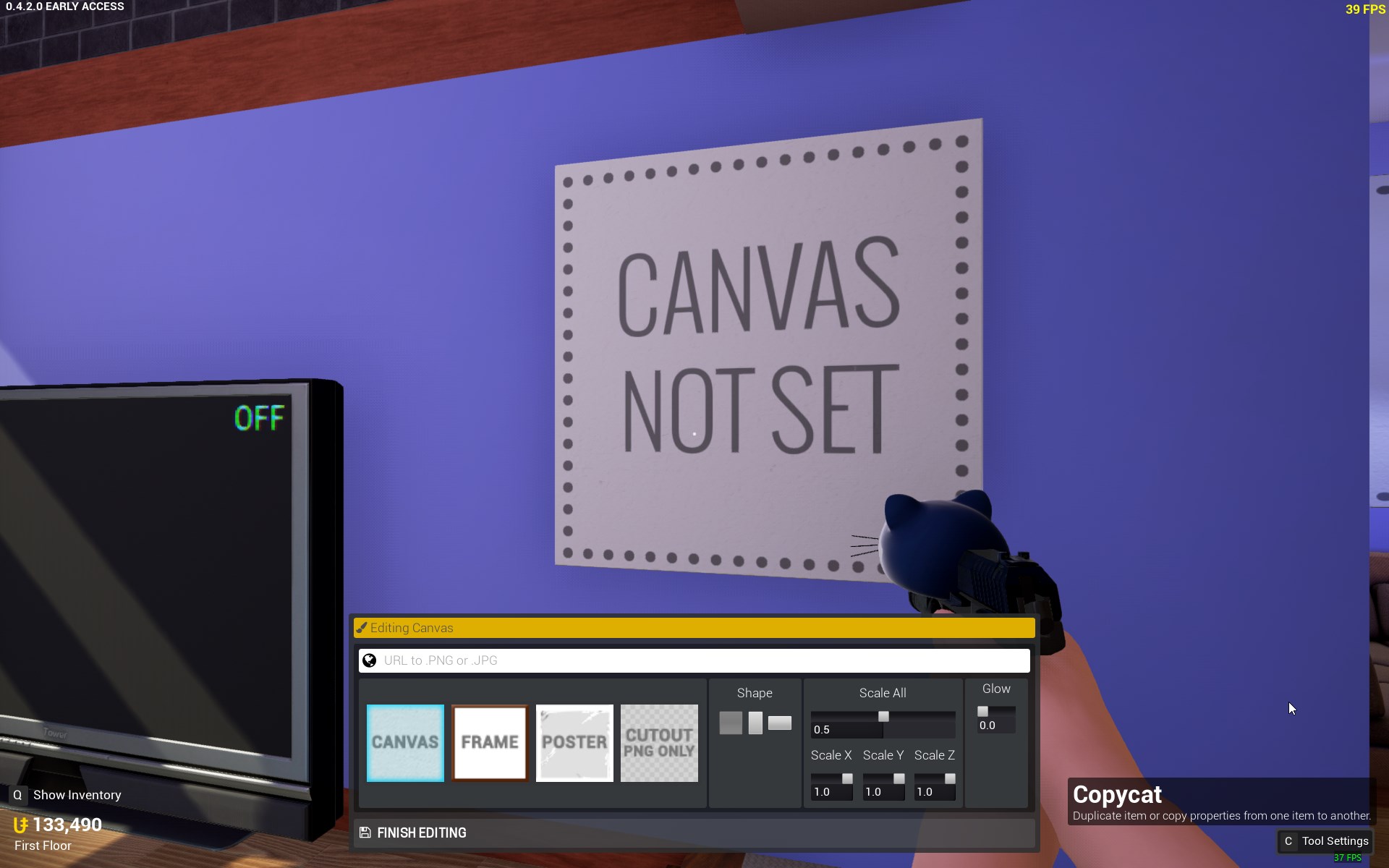 (These affects can also apply to canvas shapes and various misc canvas objects such as the shrine.

This occurs because the condo surface is also a canvas. I’ll change the functionality to only copy canvas data if there is data to copy from.

never though of that for some reason. though i’d assume the glow being removed is a bug?
well actually that’s not really a bug either, it shouldn’t happen though

The glow being removed is also very similar issue. Basically since the surface has no glow, it defaults to 0 and clears the applied item’s glow.

yeah i thought as much about the glow, makes sense really. just isn’t very pleasant

I’m also not sure what you want to accomplish with this as well. Copying from a surface to the canvas will currently not set the material of the canvas. I’ll be working on adding material support for the Canvas Wall item, though.

Basically if you copy from a surface to a canvas, the only thing that should translate over would be any canvas URL that exists.

Copying from a surface to the canvas will currently not set the material of the canvas.

Nah that’s understandable I was unaware of where I was going with it as well. Since the circumstances that it happened under seemed unusual. So this thought hadn’t crossed my mind.