I am trying to make a big theater in my high rise, but there is some weird lighting problem. I am using white canvases to create a large projection screen, and for the most part it works. However, some parts of the screen shine significantly brighter than the rest of the screen.
Here is the projection screen. Notice the canvas on top of the word “Press”.
If I move that same canvas down, it turns into this.

I didn’t make any changes to the canvas other than its location. Does anyone know what could be causing this? It prevents the projection from showing.

Here is the complete projection screen. I don’t know why it is doing this.

I get a similar issue on Highrise as well, but in the basement. Also trying to make a giant theater screen. Really annoying. 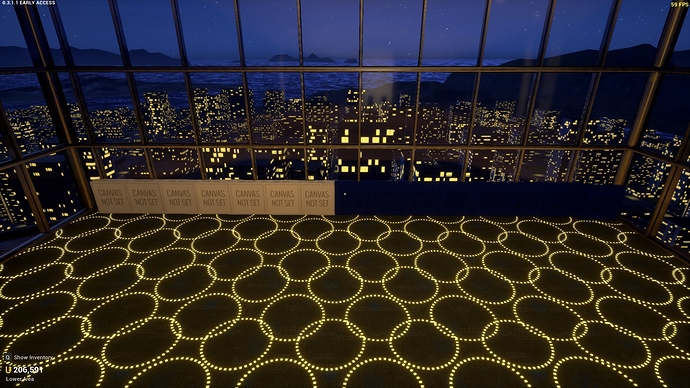 If I move one of the right end canvases inward a few notches: 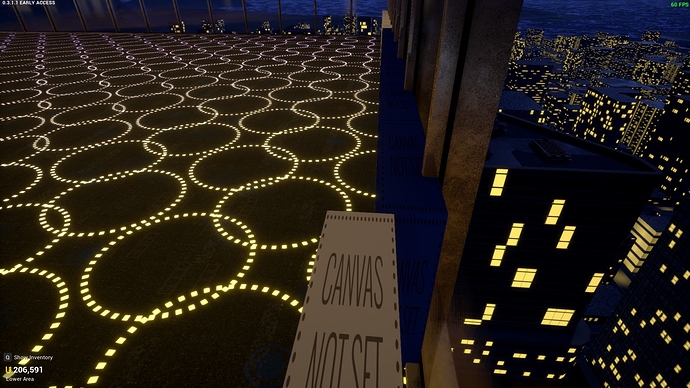 I’m having similar shading issues with wood in the sub-basement. For some reason the shading makes them a lot darker.

The shade gets darker the higher up they are, but its not direct. Some wood that’s the same height will be different shades.

Here is the outside of my theater. The whole thing is made from wood.

Thats the exact spot I am making my screen.

I am going to move this to bugs.