I only started a month ago, so not sure on the version this started on, but I have noticed these black ghost lines in the Midori map exclusively since I started playing.
On the earlier maps, there are also black smudges. These move with the camera and are not burnt into the terrain.

They do not appear on every level, but every one of the first 6, then on and off the ones after.

Image with red outlined around the general outer part. 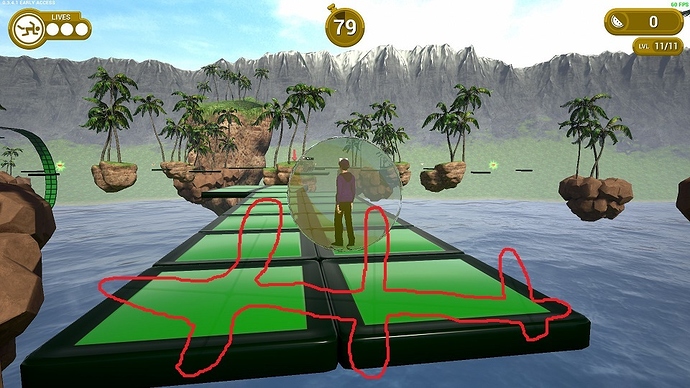 Looks like this is a known but hard to fix graphical bug. Unfortunately, there’s not much that can be done about it by either the devs or us users.

Okay so this is due to how screen space reflections work in Unreal. This has been an issue since Tower Unite started. There's a few thing we can do to reduce the ghosting, but we cannot completely eliminate them.