[0.3.0.0] Some Cavases appear sunken into some walls for everyone except the owner

Lately, I’ve been having some issues with my friends coming to my condo and saying that some of my pictures appear to be sunken into the wall. Here’s one such instance. While this one is perfectly visible to me, the owner, all my friends say they just see a picture frame filled with yellow wall. I’m finding that this wall in the suite is very prone to this. 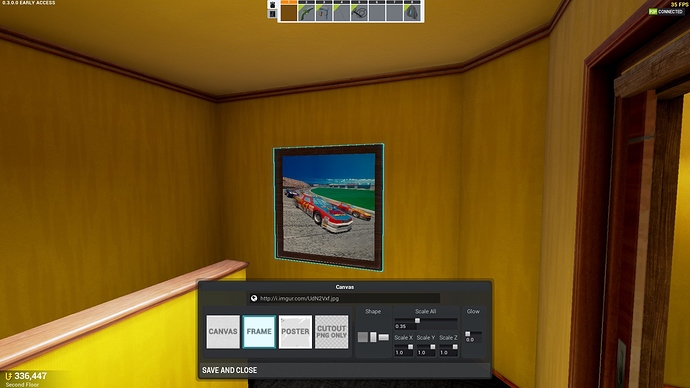 Are you and your friends playing on different graphics settings? Might be related, somehow.

Scale Z actually pushes canvases closer to the surface they’re attached to, due to lower settings this may make it seem like it’s partially phasing into the wall, try putting ‘Scale Z’ to 0.

The only thing that made it visible was changing it to the regular canvas mode because that makes it jut out really far, which I already found aesthetically unpleasing.