i joined a ball race game mid-game and when i hit tab there was a players name that was blank. When i tried to look at the steam profile it just said that the profile was private but didnt have a profile picture. 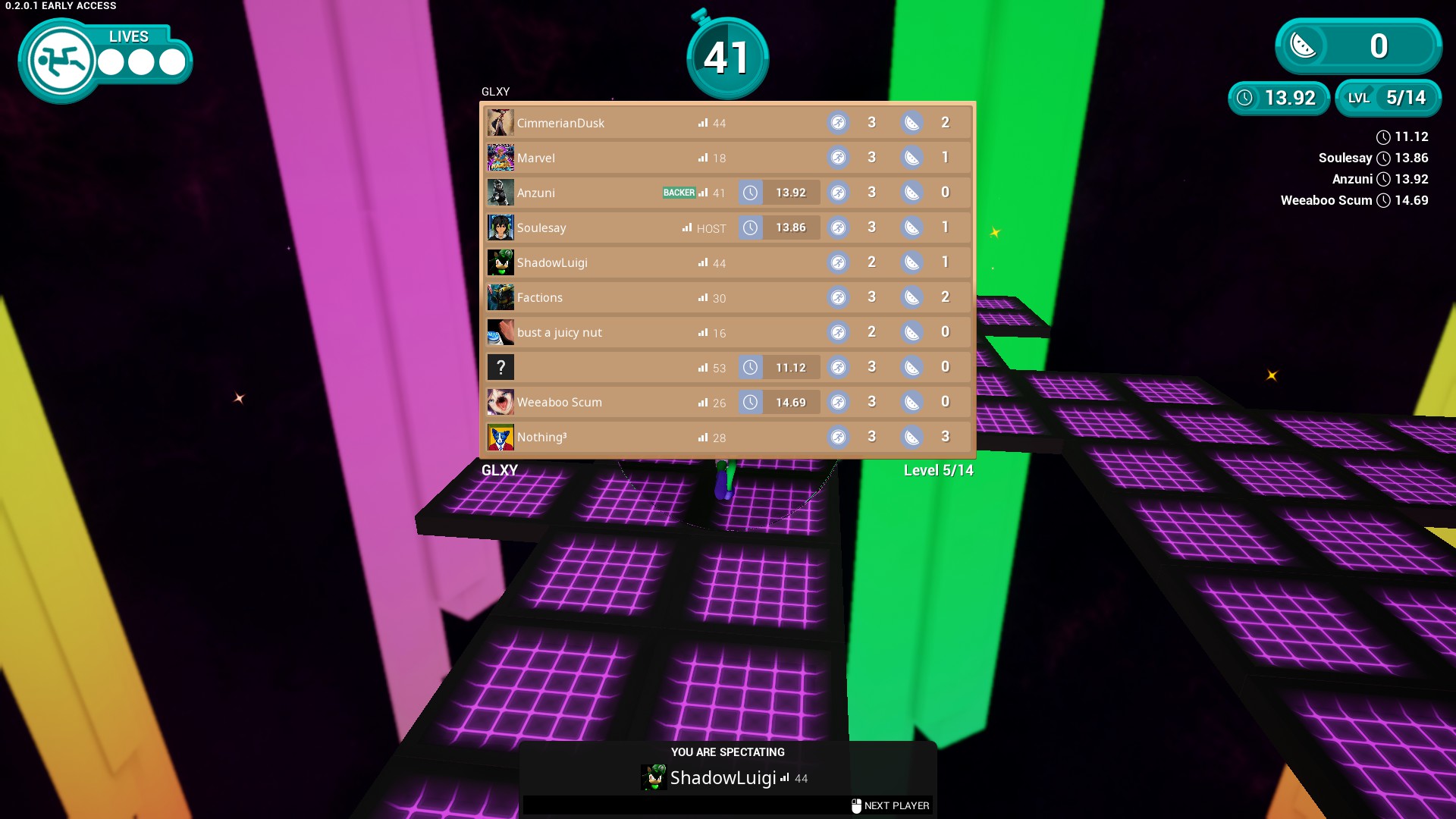 I’ve played with that person a few times over the past couple of days, they just have no name. I only know it’s the same person based on how well they keep up with me. It’s a steam thing where they make it look like they have no name.

im not saying i dont believe you but when you noticed the guy with a blank name did you notice him not in sync with the layout? i noticed someone (not sure if it was him but it would make sense seeing as he might have been permanently desynced with the server hence the no name) moving around on the map but not on solid ground for most of the map

ok this can be closed. hes using a special character so no name appears

Probably a Alt-255 thing on Windows or a option-space thing on macs.