[0.16.2.0] High variation numbers can be copied to items with less variations

This isn’t immediately an issue since it just defaults to the appearance of the item’s first variation. But, if a 4th variation is ever added to the item, all items set to variation 4 will now appear as the new 4th variation. This happened to me with Canvas Cylinders when their 3rd variation was added in 0.16.0.0; I had unknowingly set their variations to 3 by copying properties from Canvas Tubes, so after the update, nearly every full cylinder in the condo had become quarter cylinders.

The variation on the item with less variations would either remain unchanged or be set to its last variation.

It now has a higher variation number than its actual last variation.

Canvas Cylinder set to Variation 10 after applying properties from the Canvas Tube to the left: 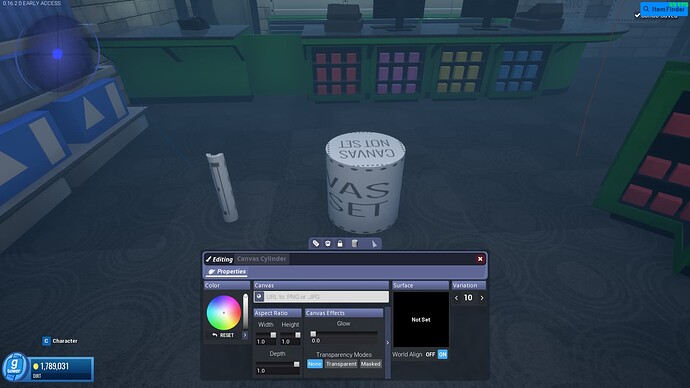