My issue is thus: I’ve disabled some stuff on highrise that clashes a bit with what I envisioned (the big af chandelier, for example), but the disabled objects still show up in the numerous windows all over and they’re bright and jarring enough that I’m considering re-enabling those objects even though some of them are walled or decorated over.

Honestly I’m not quite sure if this should go in bug reports or suggestions considering I have no idea how baked into the engine these reflections are, and I realise actually dynamic window reflections would be insane. But if they could somehow at least be dynamic enough to remove big map objects that would be swell. If it’s a nightmare to fix, I’ll cope with them!

Stare at some windows while a map object is disabled, preferably with high settings

My condo doesn’t look as good as it should 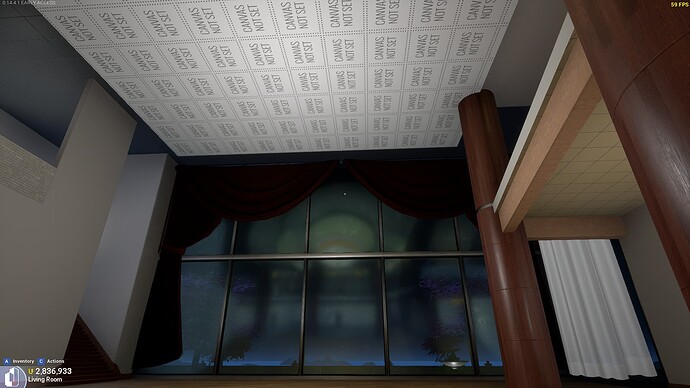 It is not unless you could somehow rebuild the condo map in-game (which would be fantastic for many things) or employ real-time raytracing.