When firing some weapons and toys the weapon won’t hit your target and instead will seemingly collide with your player itself. I’ve noticed this mostly with the barcode scanner and the revolver during the target practice minigame 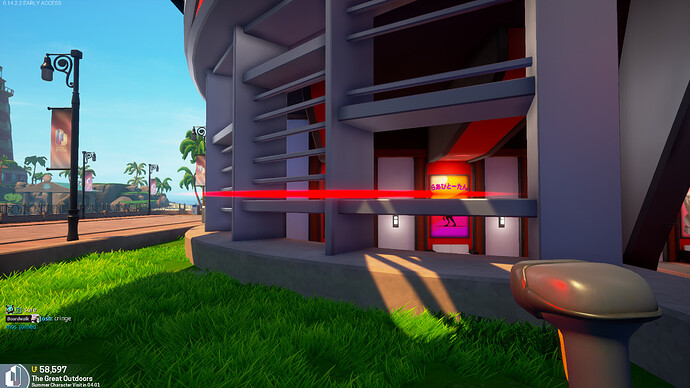 This most noticeable with the barcode scanner as you won’t scan whatever is in front of you and the impact effect will happen right in front of your face, however it’s much worse in minigames as it can cause you to miss shots because your bullets collide with yourself.

Do you have a fishing rod equipped in your hotbar? Apparently it causes issues.

Removing my fishing rod actually did stop it from happening, thanks for the tip.