If you join a game during the transition between two levels (after the previous round, so you don’t end up in spectate, but before the next round starts, so you can still play), any moving objects (such as platforms, or the blocks in Prism) don’t work properly for that level. Things seem to work properly on the next levels though.

For Prism, this generally means the blocks become completely invisible, letting you bypass walls on certain levels, or be unable to complete others. On other levels, moving platforms don’t appear to move, but still affect the ball in some way, resulting in things like this, where your player gets launched up extremely high: 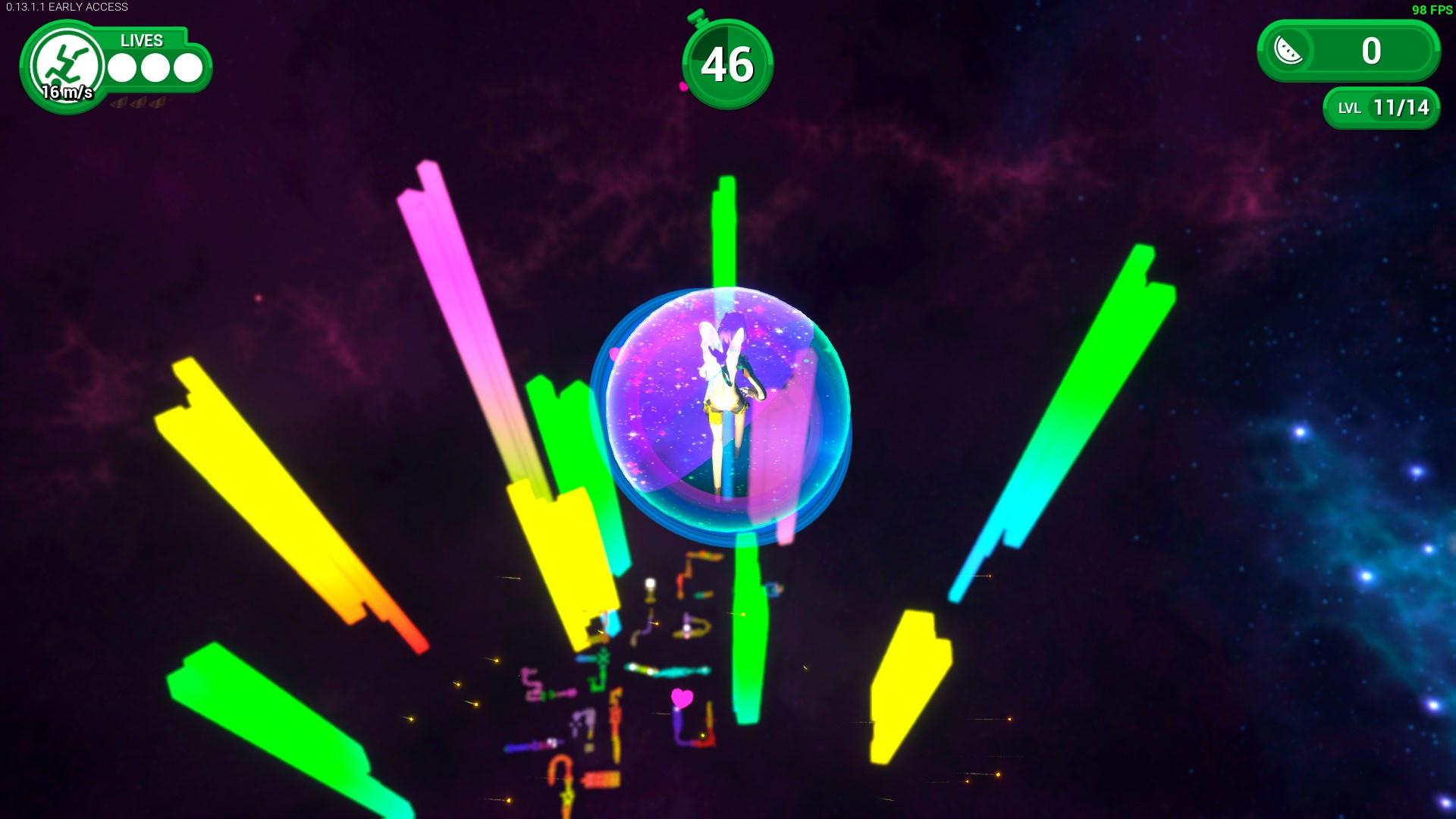