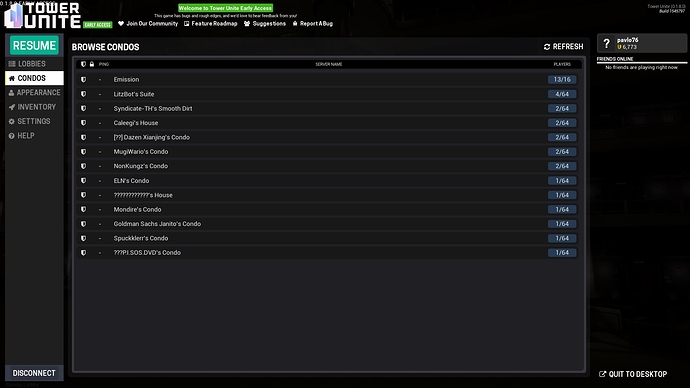 WTF is going in with this game

Edited the title and the section

it wasn’t meant to be bug report

Someone used to edit the .ini files

I mean, if you don’t want it to happen to anyone else, I’d leave it as a bug report so that the developers can resolve the issue.

And if you do want it to happen to other people, you’re a slimey person. Lol.

I’m pretty sure this is a rare occurrence that happens when Steam is trying to load all the minigolf levels, and then one quickly switches to the condo area and it starts to load that too.

It’ll take what it had for Minigolf and then all the condos and put them in the same list.