Landing on this triangle makes you Out of bounds 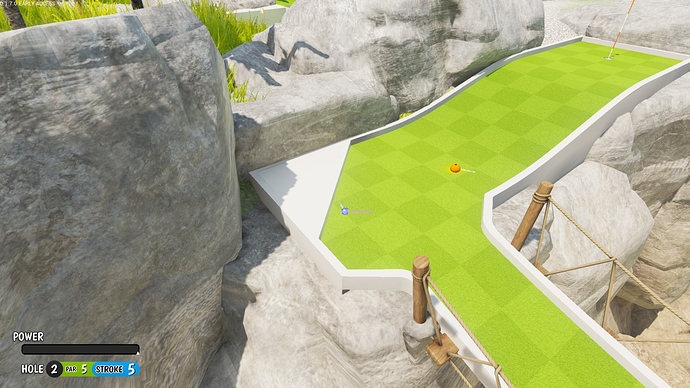 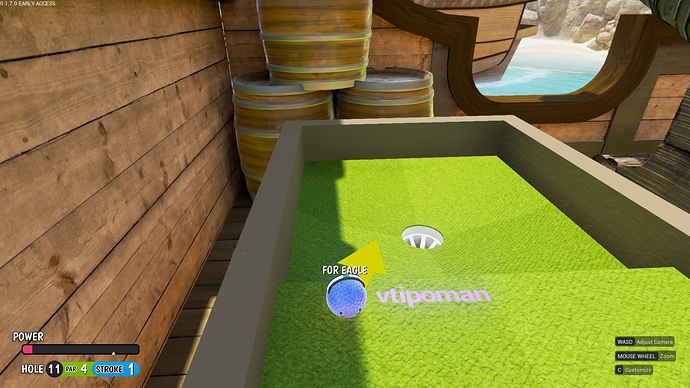 It’s possible to get stuck on the invisible moving ring and forever follow the hole. As you’re technically moving, the game doesn’t allow you to do anything. 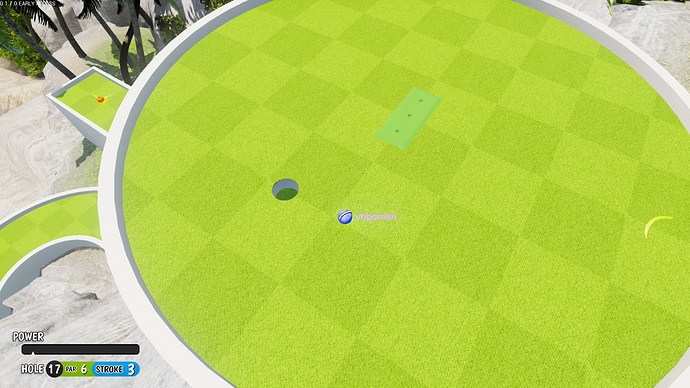 Possible to stop here (once again, this isn’t really a bug) 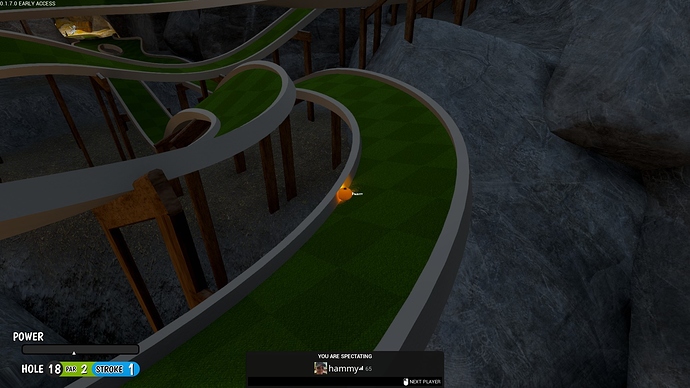 For the triangle thing, I think it only happens if you hit the rock against it, but I’m not sure

You can also get stuck here. Like, legit stuck. Not like OP’s where you can still play the game. 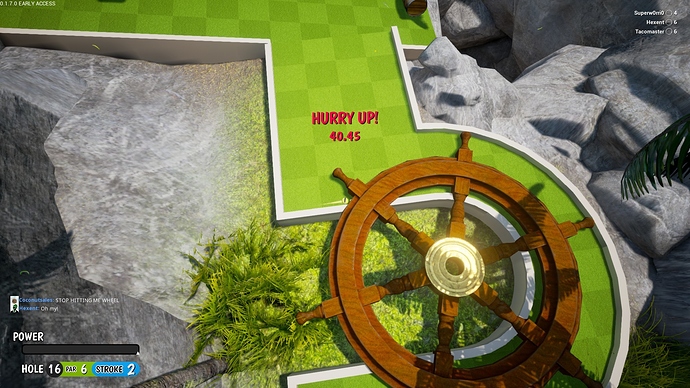 There’s no much I can do about Hole 11 and Hole 18. PhysX just likes to be mean sometimes.