I had this problem twice now, there is a chance to be stuck on the round sticks of hole 17 in garden (which is physically impossbile). the only way to continue is to shoot again which shouldn’t be neccesary. 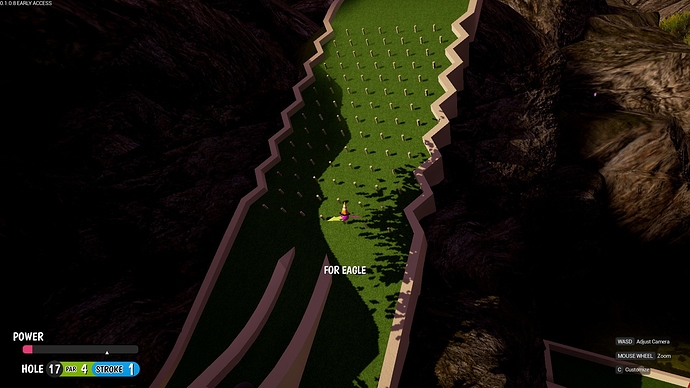 Nothing is impossbile in Minigolf!
But yeah, this has happened to pretty much everyone who’s played the gamemode actively. According to the upcoming update, they “Updated Garden, Waterhole, and Altitude with various minor changes” (according to Trello). Hopefully this hole is included.

Nothing is impossbile in Minigolf!

Unless they change the physics again, forcing everyone to learn how to play once again (NOOOOOO!), you have to angle your shots so that you bounce into the hole from the wall close to it (in almost all cases behind), or just happen to find that sweet spot.
Or they just redesign their maps.

Happened to me aswell.