While alt-tabbing and minimizing the game my GPU reaches high load values (in Fullscreen and Windowed modes, thanks to @J_P)

This problem occurs while on the main menu: 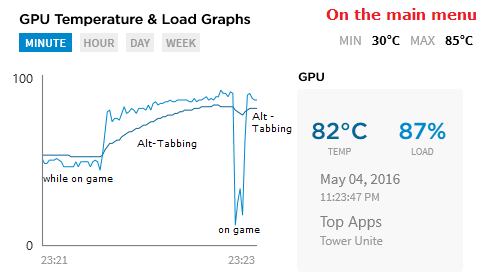 and on all of the minigames too; Minigolf picture (same happens with the others): 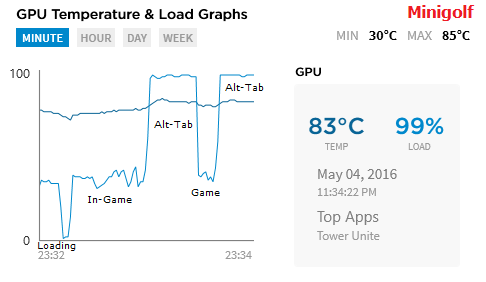 Strangely this problem does not occur while playing on the Plaza: 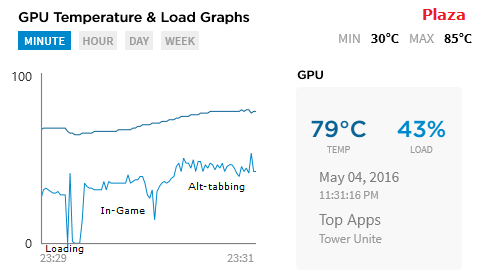 I don’t know if it’s a known problem or if it’s just about optimization… after searching for similar topics it appears that nobody has ever reported such issue and I’ve decided to mention it just in case.

If it’s of any use, my PC specs are as follows:

Just tested this, same here. Happens if you alt-tab while the game is in true fullscreen mode. Doesn’t happen with borderless window.
Condo cranks it to 99% in an instant.

Edit: Forgot to try windowed. Same as borderless, no GPU usage spike. So it’s just fullscreen, for me at least.

this happens in skyrim too

i think its a thing with games

this happens in skyrim too

Weird, I don’t recall having this problem in Skyrim (maybe I never alt-tabbed).

I’ve read of other games in Early Access having this problem and people reporting it, so I thought of reporting it for this game as well, that’s all!

If I press the minimize button it does the same thing, at least for me.