Why are the footstep sounds so low in volume?

In the current game, in order to barely hear the footsteps, I have to turn all the volume sliders to max and increase my volume by around 80%, but earlier footage (like this video from the Discord Sneak Peek thread) has them way louder.
Is there a reason why they’re so low, or is it just that low on accident?

When you run they are louder, but they are not meant to be super loud to begin with.

just give us a slider

A dedicated slider for footstep sounds only? What is the point?

Changing the volume of your footsteps, obviously.
Alright, to be honest, I wrote that post without really thinking about it. A dedicated slider would admittedly be pretty stupid.

Maybe in the future there could be an “advanced options” tab in sound to change specific settings like “Movement sounds”, “Machine effects”, etc? I dunno, part of me feels like that would be a waste of time.

If we did that we’d probably be one of the first games to expose that many volume controls.

It certainly sounds like you’d end up with the largest volume of audio sliders.

I apologize for nothing!

It’d probably work to throw in footsteps in a category like environmental sounds (things like beach tides, birds chirping, fountain water flowing, etc). Since environmental noises are typically quiet, it wouldn’t really be a bad thing to turn them up alongside footsteps. 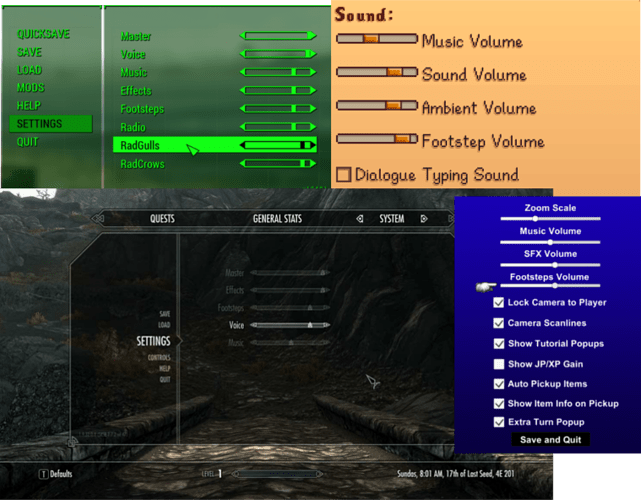