What was the point in altering the Little Crusaders Speed?

Was the change supposed to nerf the good players? or was there another alternative motive for the change?

Balancing. The knights always had a massive advantage over the dragon. 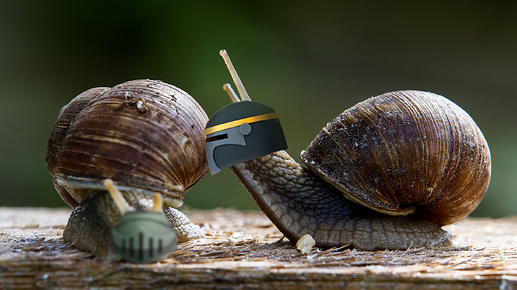 Yo, I just actually played a match with these changed. Bro, this sucks. Like actually. I get trying to balance the game, but constantly slowing down the gameplay isn’t really fun to play. I’m not sure if it’s more balanced, but it is noticeably less fun.

In the past I haven’t had any problems with LC - i’ve never felt that either side has had an advantage, and the speed of the game felt just right soo I also dunno whats going on with the changes

This is going to give someone a stroke (or made them feel like they had one) but I agree–the knights moving as fast as they did up-front meant the match could be over in 10 seconds or less. Like, if the game’s point is just who got to their keyboard the fastest or who has the best connection–speed isn’t an issue. If all the knights mess up after the initial charge, the game might last 60 seconds under the old speed. It was like playing Ball Race when you get vote-kicked for not taking all the weird shortcuts you didn’t know existed. I would argue that if the speed needs to go back up, then the run time needs to be halved.

I guess people gotta ask themselves whether what they enjoyed was the actual game itself or the speed with which it could be done in.

Eh I could still win as the Dragon with full lobbies reliably before the nerf to knights. A buff to the dragon would be increasing the camera distance to see further behind them, I don’t think speed is the major factor there. Whenever I lose it’s generally because I couldn’t see the knight rather than their speed.

Adding on to the last reply, I think it would be a lot easier to kill all the knights as the dragon if there were more ways to know when they’re nearby than just seeing them. Like, there could be arrows at the edges of the screen pointing to knights that are near you but are offscreen, or if a knight is in range of your tail whip, your tail could start glowing or something, it would help a lot for being able to prepare for knights rushing for your button which I feel is kinda hard to do rn