What music do you listen to? (Suggestions)

Got a favorite genre of music or just a favorite playlist or song?
Drop some recommendations down below for me and others to listen to. You may even help someone find their new favorite song!

I really like this one song but it’s rap so I could understand how some people may not. Tee Grizzley - Young Grizzley World

Ohhhhh dude, if you’re not in the know, Madeon just dropped his new album Good Faith, it’s really really worth a listen if you’re slightly into Pop or Electronic. It’s really an album he’s wanted to make for a long time, as it’s made entirely by him for him, it’s music he’s wanted to make, not something a producer wanted him to make. Got lots of help from his friend Porter Robinson on it too, if you’re into him.

If you just skipped that paragraph just listen to it. It’s good. That’s all I’m trying to say. 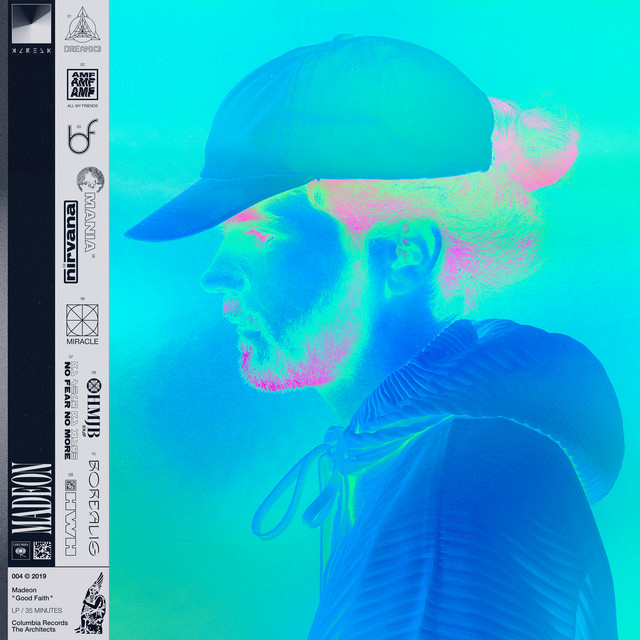 Good Faith, an album by Madeon on Spotify

My favorites out of this album would be All My Friends, Nirvana, and Heavy With Hoping

Just going to drop one of my favorite songs here.

yeeessssss I love some Madeon. Grew up listening to his music.

Also if you guys use Spotify, join this thing. It makes a playlist out of songs we all like.

So someone I know made a web app called Songmash - the way it works is, you sign in with Spotify, make a ‘mash’ and get all your friends to join it through Spotify too. Then it analyses your Spotify listening history and makes a playlist of 50 songs everyone would like. For example, we have a PixelTail staff ‘mash’ and because me and @Madmijk listen to deadmau5, it included his song Ghosts ‘n’ Stuff. [image] I wanna know what would happen if we made a massive ‘mash’ with all you guys in. So i…

Jack Stauber is my go to, love Hilo and Pop Food as well as shop. I’ll post these here:


Thank you to whoever put this on in computrix’s condo by the way back in the day. Can’t remember who did it but just really thank you.
3 Likes
NotGaylien November 19, 2019, 9:56pm #8

Over the last couple of years I’ve really been getting back into house music that heavily samples disco music, as it is really remeniscent of my youth. I didn’t care much about it back then, but I remember hearing it on the radio a lot. Now I’m completely into it. I also really like to just listen to the disco music that the tracks sample from.
A couple of examples:


Sample: Johnnie Taylor - What about my love
Sample: Stargard - Wear it out
Sample: Chaka Khan - Fate
Sample: Chic - Soup for one
Sample: Sheila & B. Devotion - Spacer

Whosampled.com is a great resource for finding the samples used in music. It almost never fails me.

Luckily for me, the genre of disco house isn’t dead, with record labels like Defected churning out new stuff under their Glitterbox and Classic Music Company sub-labels, such as Soul Reductions - Got 2 be loved and Loods - Love (if someone could help me find the sample used in this track, I would be much obliged! - Edit: found it. ).

The aforementioned sub-labels also put out radio shows on their YouTube channels. Most notably Glitterbox, which hosts a weekly radio show where disco house is mixed with classic disco music. It’s probably my favourite source of music.

Also, fun fact: house originated from disco and was also called “disco’s revenge.” Additionally, this track also dives into the history of house music and its roots in disco.


This song more so, which I’m censoring initially to warn people that the video is pretty disturbing, but I really love it. So don’t watch it if easily disturbed.

Well, i had made my own playlist over the last 2-3 years i think.

It has no order because i just add whatever i like to it so is better to shuffle.

Trouble is a friend